NYC and DC asking Feds for help with overburdened homeless shelters due to busloads of illegals.

New York City Mayor Eric Adams on Tuesday demanded the federal government help pay for what he said was a wave of asylum seekers pouring into the city, claiming its safety net was being strained by busloads of people coming from border states and elsewhere.

Adams' comments echo those of Washington D.C. Mayor Muriel Bowser, who took to national TV Sunday morning to say her city's homeless shelters were filling up because of buses being sent en masse to the city from Texas and Arizona.

But as opposed to D.C., the problem in New York City is exacerbated by its "right to shelter" mandate, which means any homeless asylum seeker who comes to town, by any means, has to be put in a bed somewhere.

"Currently, New York City is experiencing a marked increase in the number of asylum seekers who are arriving from Latin America and other regions. In some instances, families are arriving on buses sent by the Texas and Arizona governments, while in other cases, it appears that individuals are being sent by the federal government," Adams said in a statement, adding that more than 2,800 asylum seekers had entered the shelter system in recent weeks.

Stay informed about local news and weather. Get the NBC 4 New York app for iOS or Android and pick your alerts.
Click to expand...

But the offices of both Texas Gov. Greg Abbott and Arizona Gov. Doug Ducey denied Adams' claim, saying in separate statements that they were in fact sending asylum seekers to Washington - but not to New York City.

In turn, a spokesperson for Adams responded to those pushback claims, saying that the governors "should have more compassion for those seeking asylum in this country," and repeated the city's request for federal assistance.

"If they need financial help, they should ask for it instead of heartlessly sending asylum seekers on their way with a one-way ticket," the spokesperson said of the governors. "In New York City, we have a legal and moral mandate to provide shelter to everyone who needs it, and will continue to fulfill that mandate, but, as we have said, we urgently need federal support to help us do so."

According to the New York City Department of Homeless Services, there were 28,885 individuals classed as a member of a "family with children" in the shelter system as of Sunday. That's about 12% higher than the daily average in March, the last month for which such data are available, and also about 12% higher than this time last year.

Adams said the city "needs additional federal resources immediately" and that it may struggle to provide basic services if they're not received.

To be sure, the issue may not be as simple as just asylum seekers filling the shelters, though. Local service providers say there are definitely more migrants in shelters, but the shelter bottlenecks may also be attributable in part to staffing issues and higher local demand in the face of rising evictions.

The Legal Aid Society slammed Adams for blaming the shelter crisis on asylum seekers, saying the real problems were bureaucracy and a lack of affordable housing. Meanwhile, Republican Rep. Lee Zeldin, who recently won the Republican primary in the race for New York governor, pinned the blame on the Biden administration.

"Their weak border policy is then made worse by what amounts to a travel agency flying the illegal immigrants to destinations all across the country, including New York," he said. "The obvious consequence is that New Yorkers are now stuck dealing with the consequences. The solution is that the surge of illegal entry across our southern border needs to be shut down, the Remain in Mexico policy must be enforced."

At a White House press briefing, Press Secretary Karine Jean-Pierre said that the administration has been in touch both with Mayor Adams and Mayor Bowser, and that they are looking into the requests. When asked if Biden had called the governors of Texas and Arizona to ask them to stop sending migrants east, Jean-Pierre didn’t have specifics, but said FEMA is the lead on those issues.

U.S. Customs and Border Protection has said its agents had more than 200,000 "encounters" along the southern borders with attempted migrants during the month of June alone. 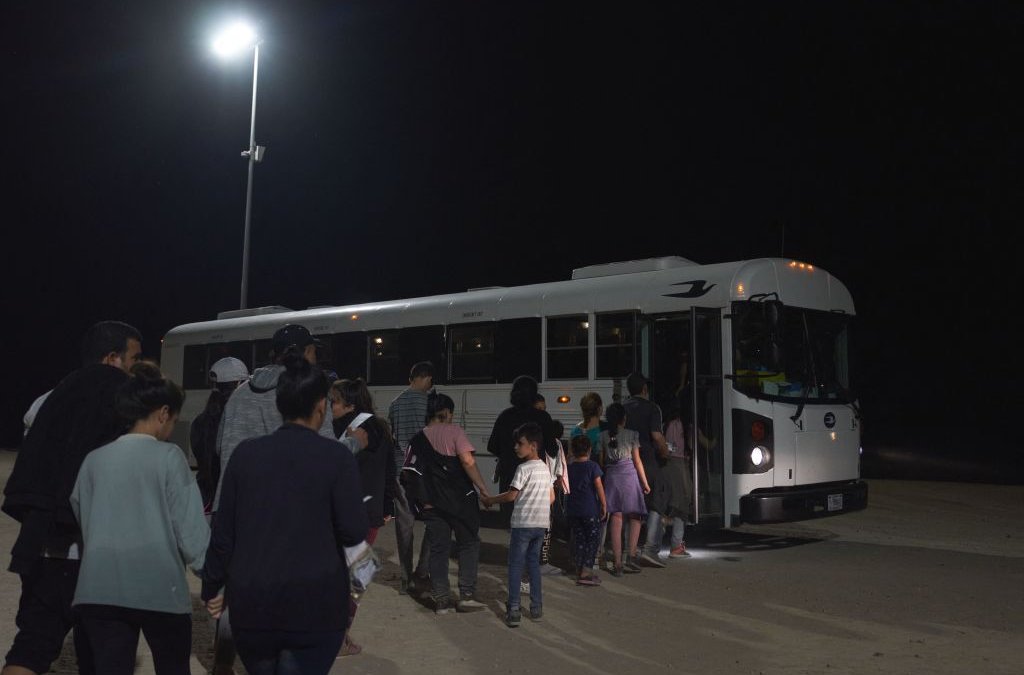 New York City Mayor Eric Adams on Tuesday demanded the federal government help pay for what he said was a wave of asylum seekers pouring into the city, claiming its safety net was being strained by busloads of people coming from border states and elsewhere. Adams’ comments echo those of...

didn't DC have a big welcome party for the first bus? maybe they shoulda banked some of that money.

Every morning, on my way to work, I pass Farragut Square. It has now become tent city square.

Wouldn’t it be nice if Congress would sit down and do their friggin’ job and PASS an immigration bill? Like they almost did when Junior was POTUS.
Reactions: cigaretteman and LetsGoHawks83

Aardvark86 said:
didn't DC have a big welcome party for the first bus? maybe they shoulda banked some of that money.

Every morning, on my way to work, I pass Farragut Square. It has now become tent city square.
Click to expand...

Yup. Now they’re caring about what border cities have been dealing with for years. But only about themselves.

FAUlty Gator said:
Yup. Now they’re caring about what border cities have been dealing with for years. But only about themselves.
Click to expand...

That’s why Junior and Congress came up with a new immigration plan....that was nixed by a minority of Republicans.
God, I love it when 70% of America is controlled by 25% of Congress.
You must log in or register to reply here.