This is ridiculous. Worker actually got stabbed first by attacker girlfriend WHO HASN'T BEEN CHARGED with anything. Watch video. Attacker had knife as well: $250,000 bail. No criminal history. Sorry if you’re offended by NY post. 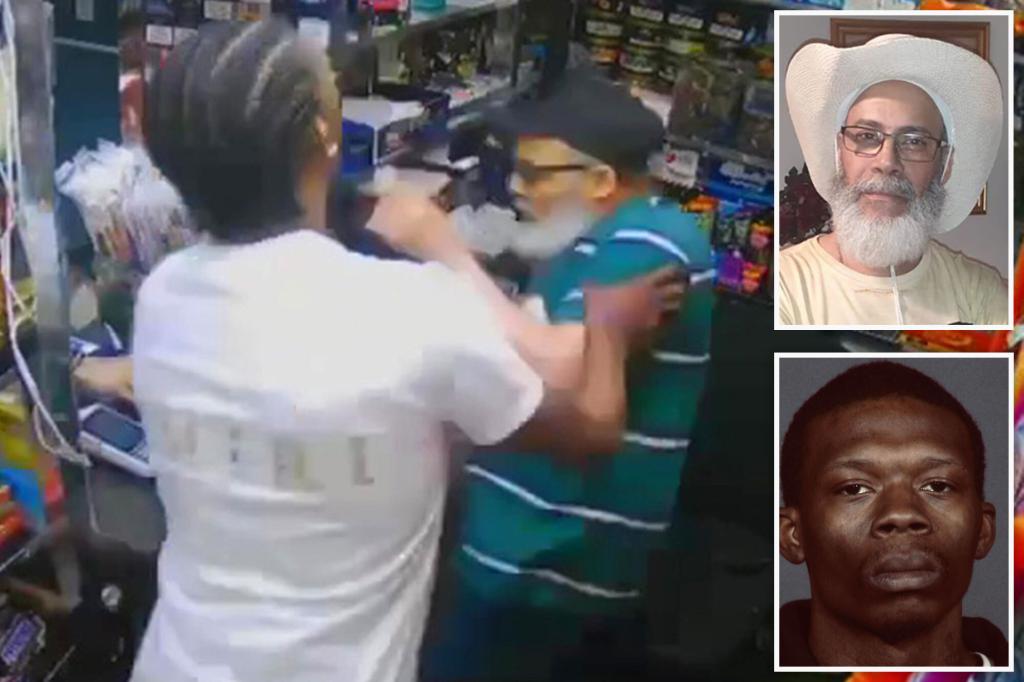 A hard-working Manhattan bodega clerk who grabbed a knife to fend off a violent ex-con, killing the attacker, was charged with murder and is now sitting behind bars at Rikers Island on $250,000 bai…


A hard-working Manhattan bodega clerk who was forced to grab a knife to fend off a violent ex-con, now finds himself sitting behind bars at the notorious Rikers Island jail charged with murder and unable to post $250,000 bail.
During the fight, Simon’s girlfriend allegedly stabbed the worker in the shoulder with a knife she had in her purse, according to Alba’s defense attorney — but she is not facing charges.

Bragg’s office, however, charged Alba, a dad of three who moved to the US from the Dominican Republic 30 years ago searching for a better life, with second-degree murder. He became a US citizen 14 years ago.

“It would not be that surprising that someone thinks that harm is going to come to them or that they are going to be robbed, particularly if the woman that you just got into a verbal argument with is also with this person, and ended up taking her own knife out of a purse and stabbing my client,” Alba’s attorney Michelle Villasenor-Grant said at his arraignment Saturday.

Still, the gal pal-instigator is free while Alba could go away for 15 to 25 years if convicted on the second-degree murder charge.

Bragg has been under fire since he took office in January and unveiled his “Day One” policies against locking up all but the most violent criminals and ordering prosecutors to downgrade some felony charges to misdemeanors.

Still, his prosecutors asked that Alba be held on $500,000 bail or bond. But Manhattan Criminal Court Judge Eric Schumacher set the bail at $250,000 cash or a $500,000 bond, instead, finding that he was a flight risk after prosecutors argued he had a previously planned trip back to the Dominican Republic scheduled for next week.

Prosecutors are expected to present the case to a grand jury for an indictment on Thursday.

His family called Alba “a good citizen” who had simply feared for his life.
Reactions: jamesvanderwulf and Howard Roarkes Ghost

Brought a knife to a knife fight. Seems fair.

This is a joke!

This is why crime in New York is out of control!
Reactions: SoonerBeAHawk

Should have went for the achilles.

Yeah, seems kind of F to charge the clerk as it appears he was only defending himself. I see there is some outrage over the DA so I assume this will also become political

I don't know. It looked to me like the guy was walking away, then turned around and stabbed the other guy in the neck.
M

Relevance of how hard he works?
You must log in or register to reply here.

This is definitely not the guy you want as a roommate in your Iowa dormitory...