“Half of following these Democrats around after elections is stomping out their new ways of cheating. No, you can't cheat that way — no, you can't cheat that way.”
Mentions of “Democrats cheating” and similar ideas were raised more than 5,000 times on syndicated radio shows and local broadcasts this year, according to an analysis of data from Critical Mention, a media monitoring service. Similar ideas were mentioned a few hundred times on television shows and podcasts tracked by Critical Mention during the same period.
Advertisement
Continue reading the main story


Radio remains perhaps the most influential conduit for right-wing thought, despite the rise of podcasts and social media. Tens of millions of people nationwide, especially older Americans and blue-collar workers, listen to it regularly. Misinformation experts warn that talk radio channels, many of which air political commentary 24 hours a day, receive far too little scrutiny compared with other mass media. Talk radio is also uniquely difficult to analyze and harder to moderate, because the on-air musings from hosts usually disappear over the airwaves in an instant.

Daily business updates The latest coverage of business, markets and the economy, sent by email each weekday. Get it sent to your inbox.

“Liberals or even most moderates never listen to it, they don’t pay attention to it, they don’t see it, they don’t hear it,” said Lewis A. Friedland, a professor who studies radio at the University of Wisconsin-Madison. “So you don’t know it exists, you don’t know how widespread and how powerful it really is.” In Wisconsin, he said, local radio stations play “extreme right-wing propaganda” five or six hours a day.
Asked about the false statements, Mr. James, the host of “The Charlie James Show,” and other conservative radio hosts and their networks defended them. Many pointed to examples of voter fraud in the past or raised conspiracy theories about the 2020 election. They said bleak polling results for the Democrats raised alarms about the integrity of the midterm elections.
“I think a host, guest or caller on talk radio might be forgiven wondering if ‘cheating’ might not be needed to win,” said Tom Tradup, the vice president of news and talk programming at the Christian and conservative Salem Radio Network.
Other hosts and radio networks declined to comment or did not respond to requests for comment.
Liberal commentators have also claimed Republicans cheated or will cheat again, but to a far lesser extent. After Stacey Abrams, the Democratic candidate for governor in Georgia, lost in 2018, Democrats raised doubts about the election’s integrity, citing voter suppression. A petition that received nearly 60,000 signatures after the election was titled: “Don’t Let Georgia Republicans Cheat and Steal the Governor’s Mansion From Stacey Abrams.”
As Ms. Abrams campaigns for the office again this year, conservative radio hosts have painted her efforts to improve voter access, particularly for historically disenfranchised groups, as a way to enable cheating.
Advertisement
Continue reading the main story


“This is why Stacey Abrams is doing this in the state of Georgia — to extend the time, the amount of time that people can vote and drop off ballots,” said Jennifer Kerns, a guest on “The Joe Piscopo Show” and host on the All-American Radio network. “It gives them more time to — as you and I aren’t allowed to say — cheat.”

When shows like “The Joe Piscopo Show” are distributed by major syndicators like Sinclair Broadcast Group or Premiere Networks, a single falsehood or misleading claim can quickly reach audiences from coast to coast.
Mike Gallagher said on his radio show recently that “the only way the Democrats can expect to win again is if they cheat.” The show was syndicated through the Salem Radio Network, allowing it to reach hundreds of markets from Sacramento, Calif., to Salisbury, Md.
Many of the misleading claims focused on measures to improve voter access during the 2020 presidential election as Covid-19 swept the country. Conservative commentators said attempts to expand vote-by-mail options or ballot drop-off locations were tantamount to cheating or directly enabled cheating.
Some radio networks cracked down on election fraud claims after the Jan. 6 attack on the Capitol. Cumulus Media, which owns and operates 406 radio stations, released a memo at the time saying hosts could not “dog-whistle talk about ‘stolen elections’” on its network. Over a year later, several shows distributed through Westwood One, its syndication arm, have aired claims that Democrats cheated or will cheat in the midterms.
Michael Knowles, a radio and podcast host syndicated through Westwood One, gave a stark warning about the midterm elections. “They’re just going to try to cheat and steal the election,” he said. “That’s what they’re going to try to do. You’re seeing it right now.”
Lars Larson, another radio host syndicated to over 100 stations through Westwood One, warned that the increasing popularity of mail-in voting meant “Democrats nearly always win — or, at least, they cheat to a win.”
Advertisement
Continue reading the main story


After Mr. Trump lost his re-election bid, many false attacks focused on Dominion Voting Systems, an election technology company falsely accused of tampering with election results. Mentions of the company plummeted after January 2021, as the company filed a lawsuit accusing several groups, including Fox News, of advancing lies that devastated its reputation and business. But radio hosts continued implying that Democrats would cheat by expanding mail-in voting or conducting so-called ballot harvesting, a law in many states allowing third parties to collect and return ballots. 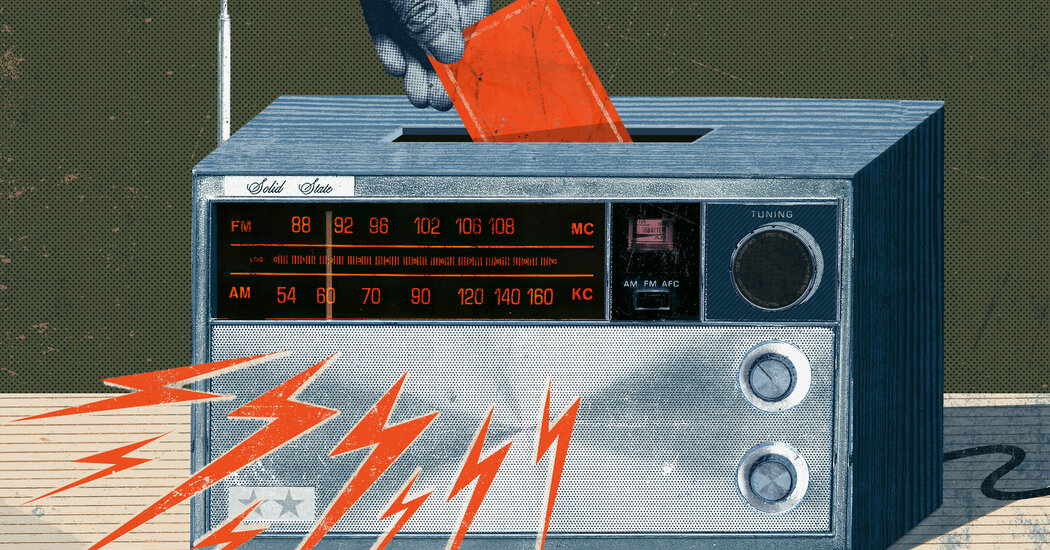 Election fraud claims from 2020 are widespread on talk radio, contributing to the belief that the midterm results cannot be trusted.

Mentions of Dominion Voting Systems, an election technology company falsely accused of tampering in the 2020 election, dropped sharply by January 2021, when the company sued purveyors of the conspiracy theory for defamation.
Radio mentions of “Dominion Voting”
Source: Critical Mention
By The New York Times
“You don’t get as specific as a particular company so they can’t come back and sue you,” said Jerry Del Colliano, a professor at New York University and publisher of Inside Music Media. He added that the shift in strategy toward vaguer cheating claims “allows them to continue with this misinformation that their audience just loves” without risking serious consequences from companies or their syndicators.

That leaves many hosts walking the line between detailing specific claims of stolen elections and rankling advertisers or executives.
“I hesitate to talk about it,” the actor Joe Piscopo said on his radio show. “You can’t say ‘election,’ and then you can’t say the word ‘fraud’ right after that. But you can say it was bought, there were shenanigans. I have catchphrases, like ‘shenanigans’ or ‘we’re not sure what happened.’”
When a listener called into “The Lars Larson Show” to suggest that Republicans could cheat to keep up with Democratic cheating, Mr. Larson expressed mixed feelings.
“My gut says yes to that,” he replied. “My brain says no.”
In an interview, Mr. Larson pointed to numerous voter fraud claims from the 2020 election, including a debunked report that nearly 20,000 votes were received late in Arizona. He added that the lack of proof was expected because “with election fraud, especially vote-by-mail, you’ll never have proof.”
Advertisement
Continue reading the main story


Unlike television or even podcasts, radio welcomes live listener input. That can give anyone a moment in the national spotlight for off-the-cuff remarks and build the appearance of consensus for election conspiracy theories. Some of the strongest claims of voter fraud came from callers, with hosts often agreeing with their claims.

On the Air From Coast to Coast

“This system was set up to cheat. It really was. And it was set up by the Democrats to cheat.”

“There’s no penalty for having these people on the air,” Mr. Friedland at the University of Wisconsin-Madison said of the callers. “In fact, there’s a benefit. Your business does better if you can skirt the extremes, because that gets more people calling in and listening.”
As the midterms draw near, commentators are also contending with the unintended consequences of their cheating claims.
Callers repeatedly expressed doubts about voting at all, falsely claiming that elections are so rigged by Democrats that their votes no longer matter. In response, radio hosts have implored Republicans to vote in even larger numbers — so much so that a supposed Democratic cheat would prove ineffective.
“I’ll tell you what’s happened — and I give the Democrats a lot of credit for this,” said Michael Berry, a radio host based in Houston, “is they have convinced a lot of people on our side that it’s not worth it to vote.” 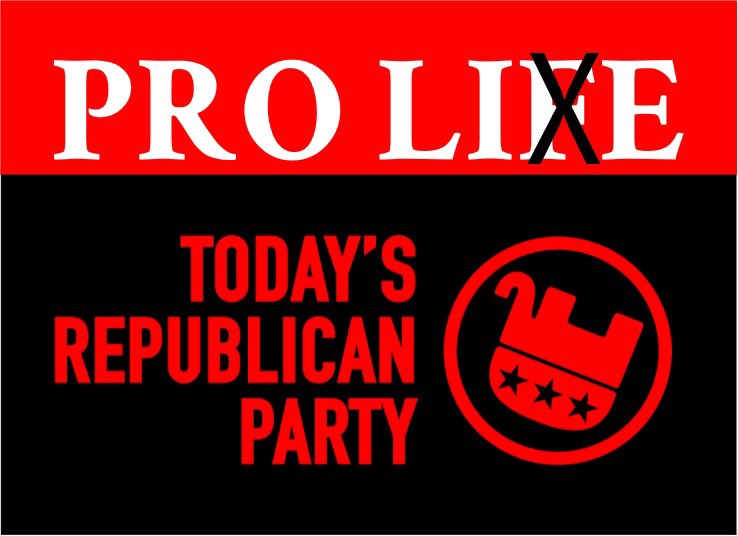 Ever wonder what they listen to on the radio in the Amazon jungle?

Never heard of this guy, Comedian and Fox Across America radio host Jimmy Failla. Evidently he is coming to O-Town to perform