Looking straight at Jay Lee Neubaum, one of his victims told him she was forever changed when he raped her when she was 13 years old, and so were other girls he assaulted.
"We live in fear because of you," the girl said. "Someday I hope you realize what you have done, and I hope you open your eyes and realize the pain you have caused."
A second victim told District Judge Zachary Hindman that after she was raped at age 14 by Neubaum, she shut down.
"I was broken down and hurt in many ways. ... He has taken away my innocence in ways I'll never get back," the girl said Friday in Monona County District Court.

Neubaum, 19, of Onawa, stared forward while the girls spoke, not appearing to meet their eyes or glance in their direction. He did not speak when given the chance before Hindman sentenced him to 20 years in prison on three counts of third-degree sexual abuse.

Hindman ordered the sentence to be added to a 50-year sentence Neubaum is currently serving for second-degree murder, increasing his total sentence to 70 years. He could be released on parole before serving the whole sentence. If he is, he will be on court supervision for the remainder of his life because of the sexual abuse conviction and he also must register with the Iowa Sex Offender Registry for life.

Hindman presided over Neubaum's trial in December and in June announced his verdict, finding Neubaum guilty of two counts involving the rape and assault of one of the girls and one count for the rape of the other. Hindman found Neubaum not guilty of seven other counts of sexual abuse involving five more girls, saying he had reasonable doubt about their claims because of inconsistencies in their trial testimony and statements. Neubaum had been charged with assaulting the girls, ranging in age from 13-16 at the time, from August 2019 through March 2020 in and around Mapleton, Iowa, where he attended school.

Neubaum's attorney, Theresa Rachel, had asked for all of Neubaum's sentences to be served concurrently, or at the same time. Going further, she asked for a suspended sentence on the sexual abuse charges so Neubaum could be on probation when he's paroled from prison on his murder charge. She said Neubaum is better off out of prison because he's currently receiving no counseling or therapy services, though he desires them. If he were released from prison, he could resume the therapy he was receiving while on pretrial release before his murder trial. He also could receive sex offender treatment, which has not yet been provided to him in prison.

"We are not asking for leniency, we are asking for rehabilitation," Rachel said.

Rachel called Neubaum to the witness stand to talk about his progress toward his high school diploma and also his lack of access to counseling. If given probation and released on parole, Neubaum said, he would get a job and continue counseling sessions to prove he's not a threat to the community.

"People call me a murderer and stuff. I take that pretty serious," Neubaum said.
Calling for consecutive prison sentences, Monona County Attorney Ian McConaughey countered that Neubaum has shown no remorse for any of his crimes.
Neubaum is currently incarcerated at the Anamosa State Penitentiary, where he's serving his second-degree murder sentence for the Jan. 31, 2020, shooting death of 16-year-old Joseph Hopkins in Mapleton. A Monona County jury convicted him of the crime in May 2021.

Hopkins, of Mapleton, was shot once in the forehead with a 12-gauge shotgun while he, Neubaum and two other teenage boys were working on a demolition derby car in a garage. 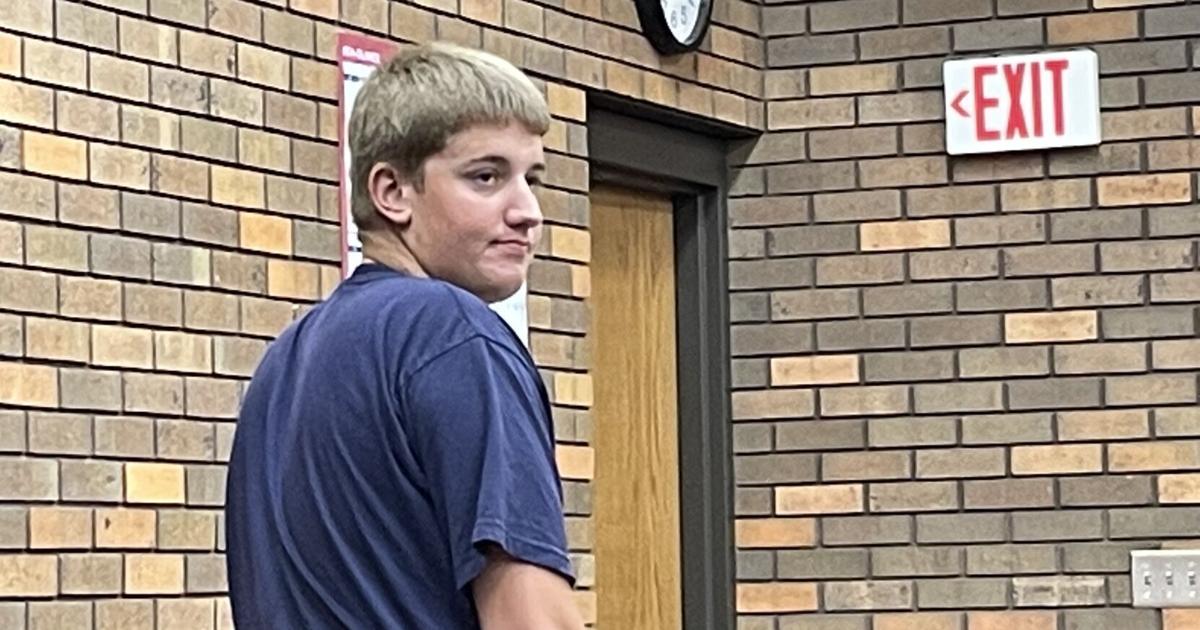 Looking straight at Jay Lee Neubaum, one of his victims told him she was forever changed when he raped her when she was 13 years old, and so were other

A proper childhood goes a long way, I'd be interested in his.
Reactions: cigaretteman
S

Rehabilitation? How about a tall tree and a short rope. This guy has lifetime piece of shit written all over him.
Reactions: beanerhawk, BlackNGoldBleeder, hydro2.0 and 1 other person
You must log in or register to reply here.