Opinion If Herschel Walker wins in Georgia, America will have lost its mind

Rifler said:
Crazies tend to win primaries though,.. because it's the crazy voters that tend to control the primaries.
Click to expand...

It’s also why gerrymandering , especially for House races is bad. Crazies used to have less of a hold because the rest would want a candidate that would win in the general. Now, 80% of districts so strongly favors one party or the other that it doesn’t matter who they nominate, they’ll win regardless.
Reactions: nelly02, artradley and cigaretteman

It’s not yet clear who will be the weirdest and most unfit Republican Senate candidate in November. But my early pick is Herschel Walker in Georgia. If he wins — and he could — this nation has truly lost its mind.
Sign up for a weekly roundup of thought-provoking ideas and debates
The flashing red lights and blaring sirens are not just about the former football star’s myriad lies and stunning hypocrisy. That kind of stuff doesn’t necessarily trouble GOP voters in the least, given their continued devotion to Donald Trump, who counts Walker as a longtime friend. It’s Walker’s combination of utter ignorance and total confidence, which challenges even that of the former president.
Mind you, Walker does challenge even Trump’s record of dubious achievement on the lies-and-hypocrisy score. For years, he railed against the irresponsibility shown by absent African American fathers. The “fatherless home is a major, major problem” in the Black community, he told conservative radio host Charlie Kirk in 2020. In a 2021 conversation with conservative personalities Diamond and Silk, Walker lamented: “The father leaves in the Black family. He leaves the boys alone so they’ll be raised by their mom. If you have a child with a woman, even if you have to leave that woman … you don’t leave that child.”
That stance became a punchline when it was revealed that Walker, who proudly describes his relationship with his 22-year-old son Christian, is also the father of three other children of whom he does not speak — and with whom he is not in regular contact. According to reporting by the Daily Beast, the mother of one of those unmentioned children, a 10-year-old boy, had to sue Walker to get him to pay child support. 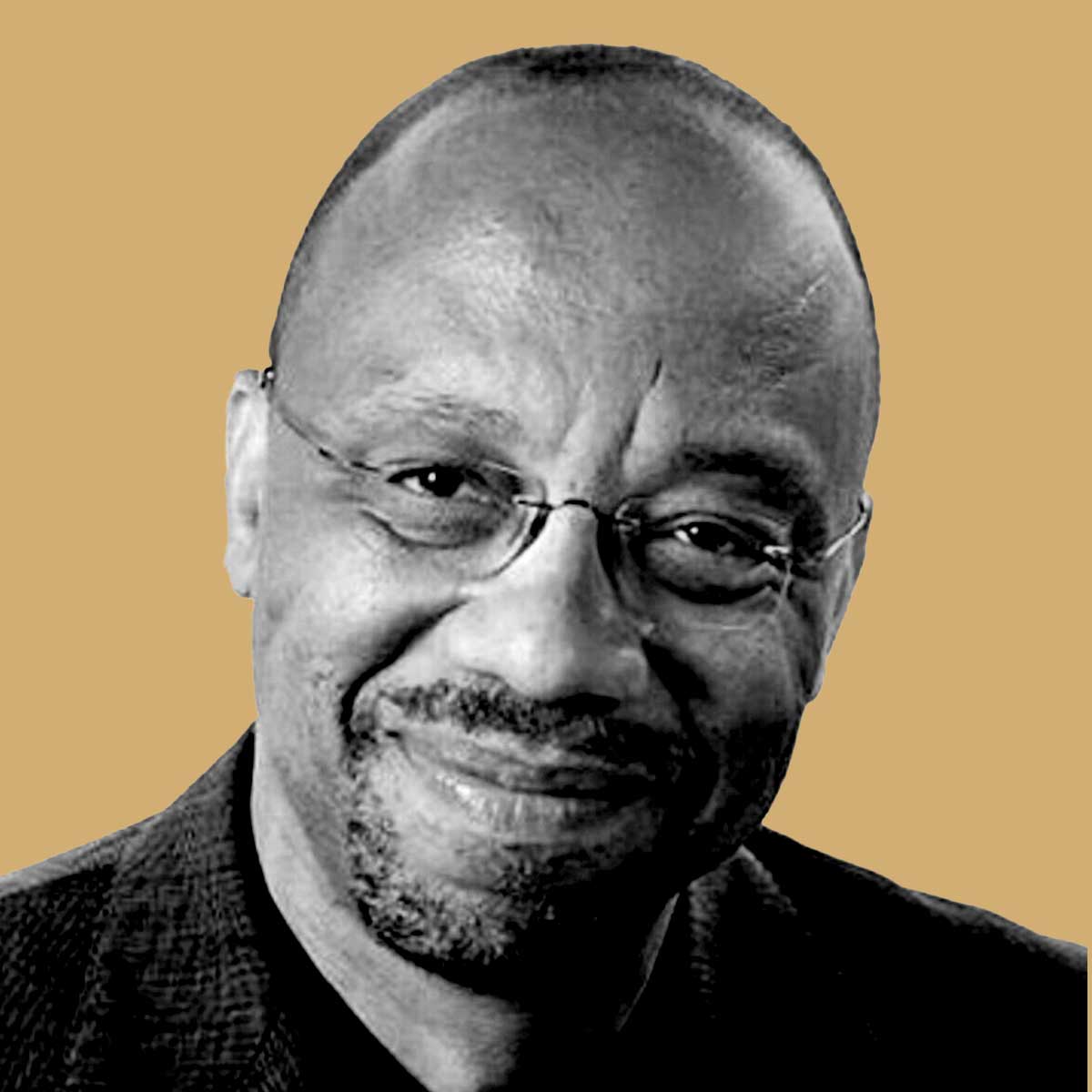 I’m old enough to remember when one secret “love child” was enough to end the political career of John Edwards, who twice was a credible candidate for the Democratic presidential nomination. Three secret offspring haven’t slowed Walker down any more than would-be tacklers did when he was barreling down the field for touchdowns at the University of Georgia.
As for lies, Walker claimed he graduated from college when he didn’t, claimed he had “worked in law enforcement” when he didn’t, and claimed he owned “the largest minority-owned chicken business in the United States” when he didn’t.
We’ve had liars and hypocrites in the Senate before — we have some now, actually — and the republic has survived. But to an alarming degree, even for a senator, Walker seems to believe he knows everything about everything — while his words suggest he knows nothing about anything at all.
According to the Atlanta Journal-Constitution, this is how he explained his views on climate change to a group of Republican activists: “We don’t control the air. Our good air decided to float over to China’s bad air. So when China gets our good air, their bad air has got to move. So it moves over to our good air space. Then, now, we’ve got we to clean that back up.”
This is how, in March, he explained his doubts about evolution: “At one time, science said man came from apes. Did it not? ... If that is true, why are there still apes? Think about it.”
This is how he promised right-wing podcast host Glenn Beck a quack cure for covid in August 2020: “Do you know, right now, I have something that can bring you into a building that would clean you from covid as you walk through this dry mist?”
And this is what he said on Fox News two days after the Uvalde, Tex., school shooting: “Cain killed Abel and that’s a problem that we have. What we need to do is look into how we can stop those things. You know, you talked about doing a disinformation — what about getting a department that can look at young men that’s looking at women that’s looking at their social media. What about doing that? Looking into things like that and we can stop that that way.”
Even by the standards of today’s Senate, a body of which Ron Johnson (R-Wis.) is a member, this is incoherent, “Looney Tunes” babble — even if Walker rambled his way around to a generally sensible position: increasing funding for mental health treatment.
While Walker wanders along the campaign trail, Walker’s Democratic rival, incumbent Sen. Raphael G. Warnock, has concentrated on emphasizing what he has accomplished for Georgians in his brief time in office. Despite the choice between crazed and competent, polls show Walker and Warnock in a statistical tie.
Warnock won his seat in a runoff election on Jan. 5, 2021, after Trump, furious at having lost the state, told Georgia Republicans that their votes wouldn’t be counted fairly. Trump essentially gifted Warnock his seat. Now, by endorsing Walker, let’s hope Trump may be doing it again.

Smart getting the black guy to attack him. Can't say it's racist!
Reactions: Bill Doak and 9 others

The Tradition said:
Smart getting the black guy to attack him. Can't say it's racist!
Click to expand...

No he's a complete and utter Idiot. A true MAGA
Reactions: cigaretteman
W

Sounds like a similar situation to the guy that got arrested for going to kill Kavanaugh. The way Republicans viewed that I'm sure they'll soon be pushing for Walkers arrest.
T

So what happens in one state = happening in America?

I think any ex Georgia or Bama athlete or coach would have a really strong chance of winning any political race in those states.
Reactions: UNCLawHawk and cigaretteman
S

Flie said:
I think any ex Georgia or Bama athlete or coach would have a really strong chance of winning any political race in those states.
Click to expand...

ericram said:
I cannot for the life of me understand why the GOP wants this level of stupid. Is it to just own the libs? If so we as a country are so very screwed.
Click to expand...

Without wasting the time to look this up I am going to guess that HW didn't own any small businesses.
Reactions: cigaretteman

H. Walker in Georgia and Dr. Oz in Pennsylvania are 2
Senate races the GOP will lose. Both are lousy candidates
who are backed by Trump. There was no decision to have
quality candidates in these two states. Neither Walker or
Oz have the leadership smarts and the voters know it.
Reactions: ft254, cigaretteman and ericram

How does one state represent the other 49?

23 so far said:
He's not a black republican, he's Uncle Tom Walker to the Libbies! We can't have that. LOL!
Click to expand...

Do you support him? Do you think he will be a good Senator?
B

LuteHawk said:
H. Walker in Georgia and Dr. Oz in Pennsylvania are 2
Senate races the GOP will lose. Both are lousy candidates
who are backed by Trump. There was no decision to have
quality candidates in these two states. Neither Walker or
Oz have the leadership smarts and the voters know it.
Click to expand...

So how are you enjoying your stay in our country? Is it your first time here?

If qualifications, leadership and smarts mattered the only people in DC with jobs would be the bus drivers and janitors. The hallowed halls of Congress would be empty and deserted.

What did she do? She ever hold a gun to someone's head or tell stories about voices in her head that suggest psychosis while running for Senate?

Normal people will watch that clip and be horrified that he might being in the US Senate next year.
38 percent of the population will only hear the stuff bout Jesus, and convince themselves it's a redemptive story, and that if Walker is right by Jesus, it doesn't matter that he stormed off with a gun to kill a man, or lied about being in the FBI, lied to get government contracts, or assaulted his wife.
Reactions: ft254, cigaretteman and Chishawk1425

tumorboy said:
Really is nuts Mitch McConnell gave his blessing on the party backing Walker in the primaries.
Click to expand...

It's not necessary to say bizarre these days in this cesspool of Republican shitstorm.
Reactions: cigaretteman

Well he did believe that he was the son of God and that his mom was a virgin... 🤷🏻‍♂️

lucas80 said:
What did she do? She ever hold a gun to someone's head or tell stories about voices in her head that suggest psychosis while running for Senate?
Click to expand...

He just might win. The truth is that there are a lot of conservatives right now who would rather see the country burn than vote blue. It’s probably just as true the other way too.

Kinnick.At.Night said:
He just might win. The truth is that there are a lot of conservatives right now who would rather see the country burn than vote blue. It’s probably just as true the other way too.
Click to expand...

This could go in several threads, or be it's own. Ronna McDaniel is begging for donations to try and preserve the slim chance that the Republicans take the Senate.
Weird that Karl Rove is the one who notes that Donald Trump is sitting on $130 million in his PAC that could be used to help win back the Senate, but, that would mean Trump was putting someone else first. And, that money is his!
https://www.huffpost.com/entry/ronn...-senate-candidates_n_6307e0bde4b01068e1490d46
Reactions: cigaretteman

Kinnick.At.Night said:
He just might win. The truth is that there are a lot of conservatives right now who would rather see the country burn than vote blue. It’s probably just as true the other way too.
Click to expand...

Holy **** that is despicable
Reactions: ft254 and cigaretteman

I'm not sure Walker is the line in the sand, considering the likes of Boebert, MTG and Jordan exist.

SSG T said:
I'm not sure Walker is the line in the sand, considering the likes of Boebert, MTG and Jordan exist.
Click to expand...

Walker is just dumb. The others are slightly smarter and dangerous.
Reactions: cigaretteman
You must log in or register to reply here.

Opinion Herschel Walker is a symptom. The GOP is the problem.

Sen. Graham, in apparent flub, says best way to get ‘off track’ is to elect Walker