Opinion The next presidential race will be all about anxious masculinity

Like a political version of those supplements that promise a “unique man-boosting formula,” Republican politicians are preparing to run for president on a warning and a promise: American manhood is threatened as never before, but they can lead its restoration.
Sign up for a weekly roundup of thought-provoking ideas and debates
Take, for example, former secretary of state Mike Pompeo, who has launched a campaign to end “wokeness” in the military. “A woke military is a weak military,” he says.
This is just one manifestation of the widespread fear on the right that in every way, even in its armed forces, America is being feminized. Or as Sen. Ted Cruz (R-Tex.) said last year when admiring a testosterone-fueled Russian army recruitment video, “Perhaps a woke, emasculated military is not the best idea.”
The recent performance of that Russian army, which is definitely not woke but has failed disastrously in Ukraine, might suggest that a military that is nimble, technologically sophisticated and drawn from diverse array of talent will be the most effective in the 21st century. But for these politicians, the point isn’t to have a nuanced debate about military strategy.
It’s to position themselves as the champions of a kind of gender rollback. If we can just stop worrying about pronouns, shove LGBTQ people back into the closet and get in touch with our inner silverback gorillas, the world will make sense again.

Sooner or later, every Republican presidential candidate will stand up in favor of “traditional” masculinity. Sen. Josh Hawley (Mo.) has a book coming out next spring — timed for the beginning of the presidential campaign — titled “Manhood: The Masculine Virtues America Needs.”
It’s unclear exactly what Hawley believes manhood should consist of. Last year, he gave a speech on “the left’s attack on men in America” but said almost nothing about what men ought to be, beyond lauding “courage and independence and assertiveness.”
We do have one model of manhood we know Republicans thrill to: that of former president Donald Trump. He was an indifferent father who had five children with three women without, apparently, participating much in any of their upbringings. (“I’ll supply funds and she’ll take care of the kids. It’s not like I’m gonna be walking the kids down Central Park,” he once said.) Outside of the golf course, Trump possesses no physical prowess or mastery of the kind of tasks “traditional” men are supposed to be capable of; it’s hard to imagine him changing a light bulb, let alone building or fixing anything with his hands.
ADVERTISING
Yet he does embody a particular kind of manhood: He’s a bully. He glorifies violence. He objectifies women (and two dozen of them have accused him of sexual harassment, though he denies this). To him, every interaction is a contest in which the only choice is to dominate or be dominated. So when his fans photoshop his head atop a musclebound body wielding an assault rifle, they’re saying this is the version of manhood to which they aspire.
There is no question that gender roles and expectations are in flux. Of course, gender roles are always changing, and that change is always accompanied by frantic warnings that men are being feminized. (Here’s an amusing newspaper article from 1902 lamenting that men were adopting “the hateful style of parting the hair in the middle,” which showed we were failing to “cultivate strong manhood on American soil.”)
But change seems to be coming particularly quickly in the last few years as young people explore new ways of thinking about gender. If you’ve always accepted that you were at the top of a hierarchy and now people are trying to break it down, you might feel threatened. If you aren’t sure you have the tools to maintain your position, you might feel panicked.
These societal changes don’t just happen out in the world; they’re also narrated by a chorus of hectoring conservative media figures, constantly telling men they should feel threatened and anxious. Along with a legion of right-wing podcasters and radio hosts ranting about how they can’t stand Vice President Harris’s nagging voice, you have figures such as Fox News’s Tucker Carlson devoting hours of airtime to the supposed masculinity crisis.
Earlier this year, Carlson presented a documentary titled “The End of Men,” which warned about plunging testosterone and recommended shining infrared light on your testicles. This is nothing new for him. As far back as 2007, he was saying of Hillary Clinton, “When she comes on television, I involuntarily cross my legs.” Not many men are so candid about their fears of emasculation.
The farther we get from the days when societal status was settled with contests of upper-body strength, the more urgently some men feel they must proclaim that their special value comes from their manhood. Many respond by fetishizing old-fashioned markers of masculinity constructed around physical strength and threats of violence: blast their lats, grow a beard, buy some guns.
Those men will have no shortage of politicians telling them that masculinity can be restored by the right presidential candidate. It’s an elemental appeal, one that reaches down to where their fears and resentments lie. And it has about as much ability to deliver on its promises as those man-boosting supplements.

This guy ought to do well, then 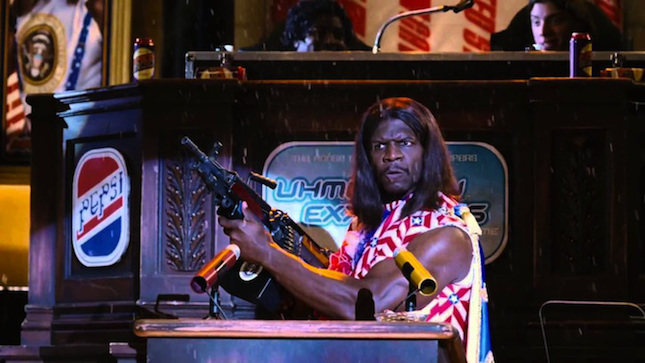 The lefts desire to be anti testosterone males is ****ing weird.

Lol
You must log in or register to reply here.

Opinion Hawley is right that there’s a masculinity crisis. It’s inside the GOP.

Do you like Shark Week? Well do you, ya racist bastard?

Massachusetts Gov. Charlie Baker will be the next NCAA president