Opinion Want to know what a ‘banana republic’ looks like?

Nervous pundits warn that for the good of the country, the Justice Department ought not to indict Donald Trump, since prosecuting a former president is the sort of thing “banana republics” do. That’s wrong on two grounds.
Sign up for a weekly roundup of thought-provoking ideas and debates
First, it is not up to Attorney General Merrick Garland to decide what’s in the country’s long-term democratic interests. The decision whether to “spare the country” the turmoil surrounding a past president’s criminal trial rests with the chief executive, as was the case under President Gerald Ford.

The closest the Justice Department’s prosecutorial guidelines come to that concept is the requirement that a prosecution serve a “substantial federal interest.” But that factor, as properly understood, weighs in favor of prosecution. As the guidelines note:

In determining whether a substantial federal interest exists that requires prosecution, the attorney for the government should consider the nature and seriousness of the offense involved. A number of factors may be relevant to this consideration. One factor that is obviously of primary importance is the actual or potential impact of the offense on the community and on the victim(s). The nature and seriousness of the offense may also include a consideration of national security interests.
Click to expand...

Well, there could hardly be a more substantial interest than punishing the leader of an attempt to overthrow a democratic election in order to deter future coups.

Fortunately, Garland made clear in a recent interview with NBC News’s Lester Holt that his department intends to “hold everyone, anyone who was criminally responsible for the events surrounding January 6, for any attempt to interfere with the lawful transfer of power from one administration to another, accountable.” The attorney general seemed to reject the idea of excluding a prosecution simply because Trump was president.


Second, prosecuting a former political leader is not what will turn the United States into a “banana republic.” Indeed, I have some unfortunate news for the nervous Nellies: Our country is already on its way to becoming a failed democracy. The question is now what we intend to do about it.

How do you know democracy is unraveling? It is when an incumbent does these sorts of things:


By now, Americans should realize that this was the stuff of tin-pot dictatorships, not mature constitutional democracies. They should understand that the Republican Party, filled with small individuals hiding behind phony claims of privilege to avoid testifying, has become the bullying apparatus that dictators have historically used to amplify their lies and cloak their actions in legitimacy.
If Americans don’t want our presidents to resemble the thugs of South America or Eastern Europe and don’t want violence to become a standard political weapon, they should demand that Garland keep his word.
This is not the call to “lock him up.” This is the call of a citizenry demanding that the Justice Department follow the legal process to hold responsible anyone involved in arguably the worst crime against democracy in our history. Only a “banana republic” would give the guy behind the coup attempt a get-out-of-jail-free card.

cigaretteman said:
The decision whether to “spare the country” the turmoil surrounding a past president’s criminal trial rests with the chief executive, as was the case under President Gerald Ford.
Click to expand...

Does someone who receives a pardon have to acknowledge their crime?

If so, Biden should pardon Trump.
T

Well, if Biden had been investigated before becoming POTUS........ 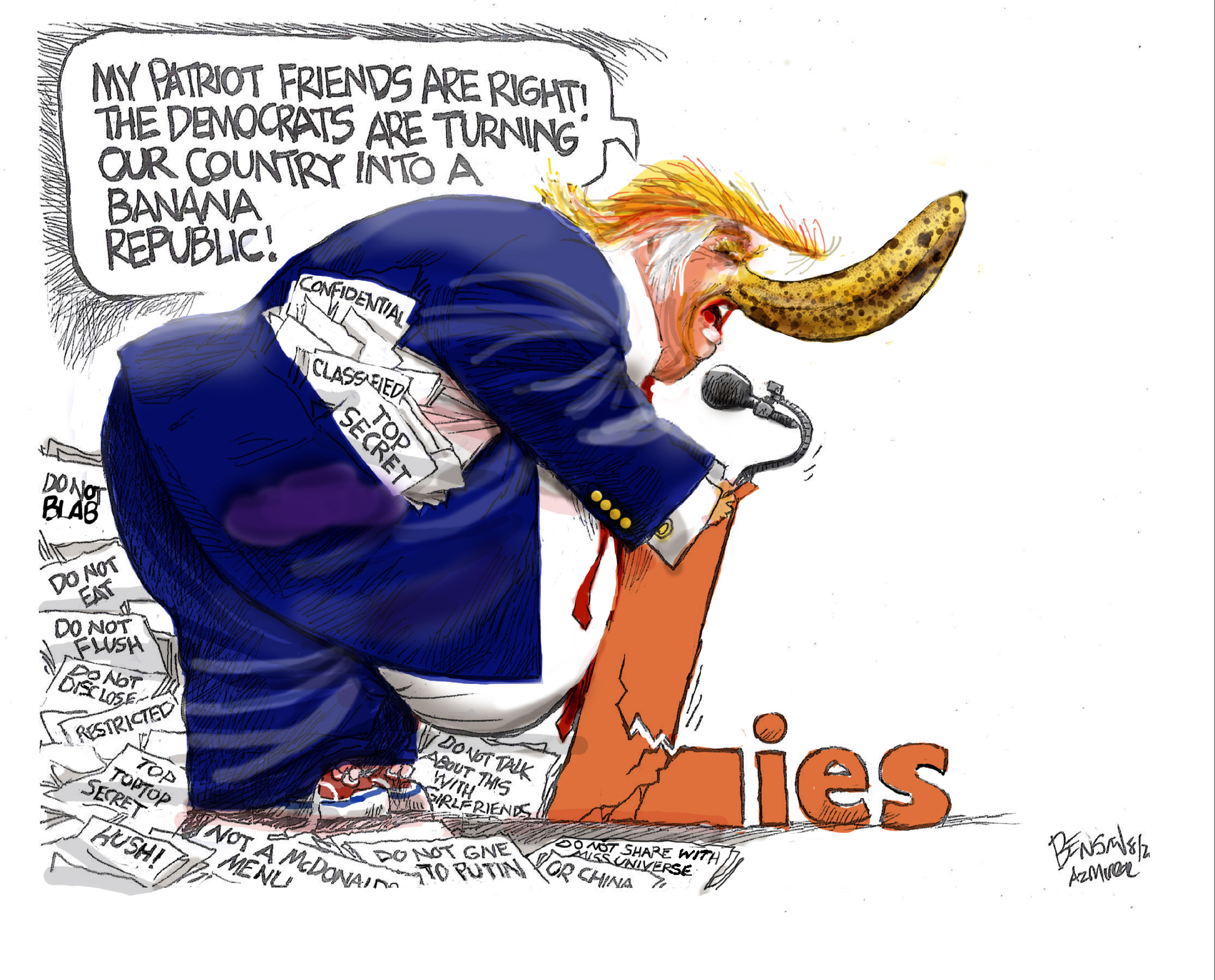 Opinion Merrick Garland is no cowboy

Opinion What Biden could gain from pardoning Trump