A parents group is suing the Linn-Mar Community School District, superintendent and board members over its new policies to protect transgender students from discrimination. The lawsuit asserts that the policy violates parents’ rights to consent and students’ rights to express a different opinion.


Parents Defending Education is identified in the lawsuit filed Tuesday in U.S. District Court as a grassroots organization that includes “parents, students and other concerned citizens” with a mission to prevent the “politicization of K-12 education.”


The group contends the Linn-Mar policy passed in April allows children to make fundamentally important decisions about gender identity without parental involvement and hide those decisions from their parents.

According to the 30-page petition, the parents group filed it to “protect parents’ rights to raise their children and students’ rights to freedom of expression.” 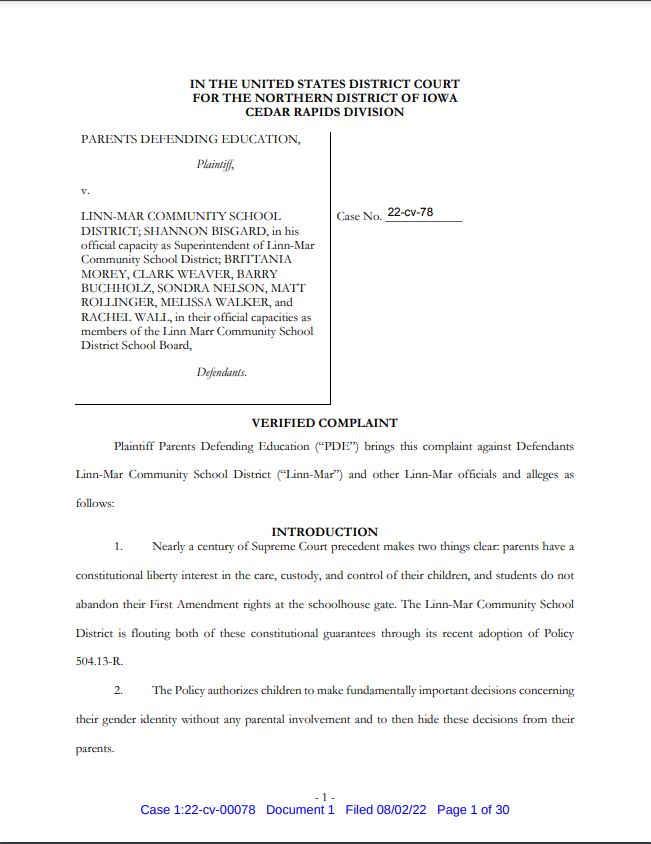 The parents organization is represented in the suit by Alan Ostergren, a former Muscatine County prosecutor who now is president and chief counsel for the Kirkwood Institute in Des Moines, a conservative public-interest law firm focusing on economic and property rights, constitutional governance and separation of powers.


The policies were debated in April by Linn-Mar school board members, and passed in a 5-2 vote. Buchholz and Rollinger were opposed. Bisgard previously said the policies would not change any practice the district has been following for more than five years.


The policies were intended to allow students to advocate for themselves, feel comfortable at school, receive support from staff and work with staff and families to create a plan to help students succeed, according to district officials.

The policies spell out inclusive practices for transgender students and protect students’ privacy by keeping their transgender status private at school, if they prefer.


Any student in seventh grade or older will have priority over their parent or guardian of a gender support plan, according to the policies.


“These actions can happen without any knowledge or input from the child’s parents,” the lawsuit states.


The district will withhold this information even if parents specifically request it, the petition states. Under the policy, the district will not tell parents if their child has asked for the gender support plan or whether the child had made requests regarding gender identity.


“Parents are completely and purposely left in the dark,” according to the suit. “The policy plainly violates parents’ rights under the Fourteenth Amendment.”


The parents group also asserts the policy violates students’ First Amendment rights because it “punishes” students who express their beliefs about biological sex and “compels” them to uphold the beliefs of administrators and their classmates. The policy prohibits speech that doesn’t “respect a student’s gender identity and misgendering.” 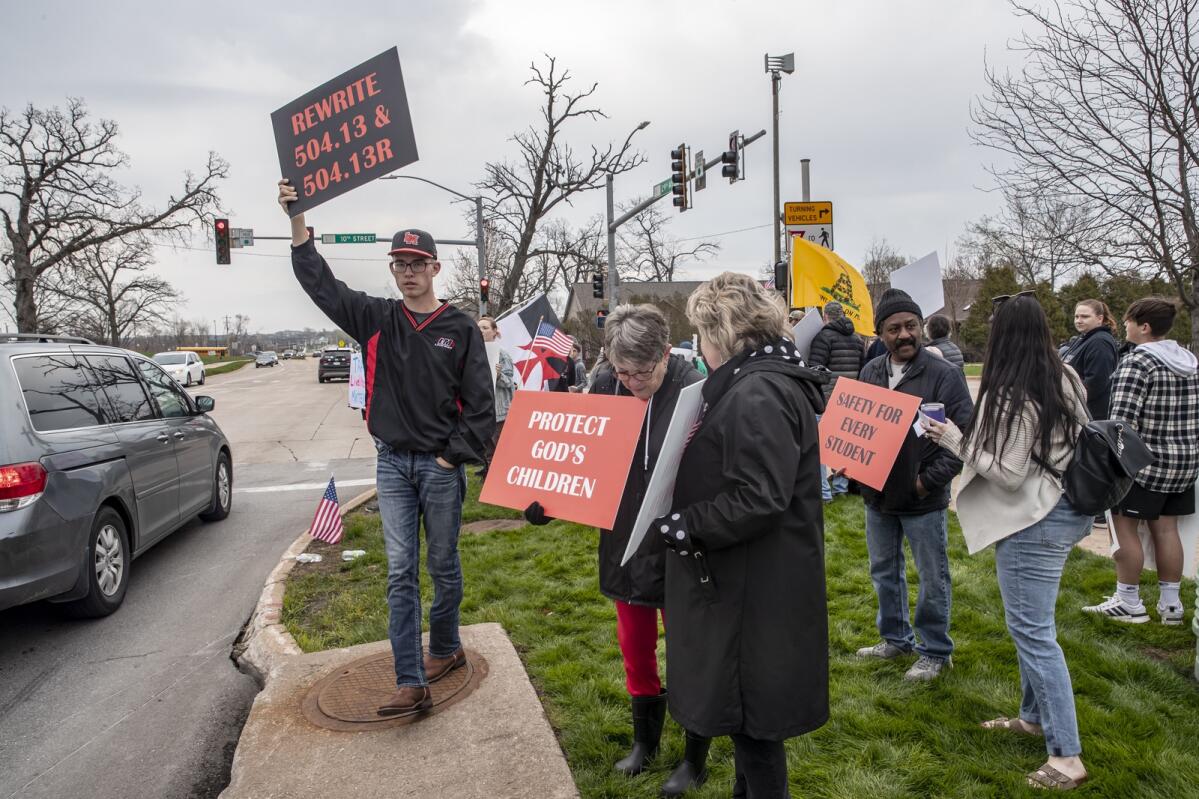 A parents group is suing the Linn-Mar school district, superintendant and board members for policies that protect transgender students from discrimination. The petition claims the policies violate parents’ right to consent and students’ rights to express a different opinion.

Crowds of students have begun to walk out of Northern Virginia schools in protest of Gov. Youngkin’s plan to strip rights from transgender students