Pink Floyd is releasing its first new music in almost three decades to raise money for the people of Ukraine, the band announced Thursday.
"Hey Hey Rise Up" features Pink Floyd members David Gilmour and Nick Mason, with vocals from Ukrainian singer Andriy Khlyvnyuk of the band BoomBox. Roger Waters, who left the band in the 1980s, is not involved.
Keep scrolling for a gallery of photos of Pink Floyd through the years

The track features Khlyvnyuk singing a patriotic Ukrainian song from a clip he recorded in front of Kyiv's St. Sophia Cathedral and posted on social media.

Gilmour, who performed with BoomBox in London in 2015, said the video was "a powerful moment that made me want to put it to music."
After Russia's invasion, Khlyvnyuk cut short a tour of the U.S. to return to Ukraine and join a territorial defense unit.

FILE - David Gilmour performs in the ancient roman amphitheater of the Pompeii archeological site, Italy, Thursday, July 7, 2016.
AP Photo/Gregorio Borgia, File
Gilmour said he spoke to Khlyvnyuk, who was recovering in a hospital from a mortar shrapnel injury, while he was writing the song. He said: "I played him a little bit of the song down the phone line and he gave me his blessing. We both hope to do something together in person in the future."


The song is being released Friday and the band says proceeds will go to the Ukraine Humanitarian Relief Fund.


"We want to express our support for Ukraine, and in that way show that most of the world thinks that it is totally wrong for a superpower to invade the independent democratic country that Ukraine has become," Gilmour said.

Pink Floyd was founded in London in the mid-1960s and helped forge the U.K. psychedelic scene before releasing influential 1970s albums including "The Dark Side of the Moon," "Wish You Were Here" and "The Wall."
Original member Waters quit in 1985, and the remaining members of Pink Floyd last recorded together for the 1994 album "The Division Bell." After keyboard player Richard Wright died in 2008, Gilmour said he doubted Pink Floyd would perform together again. 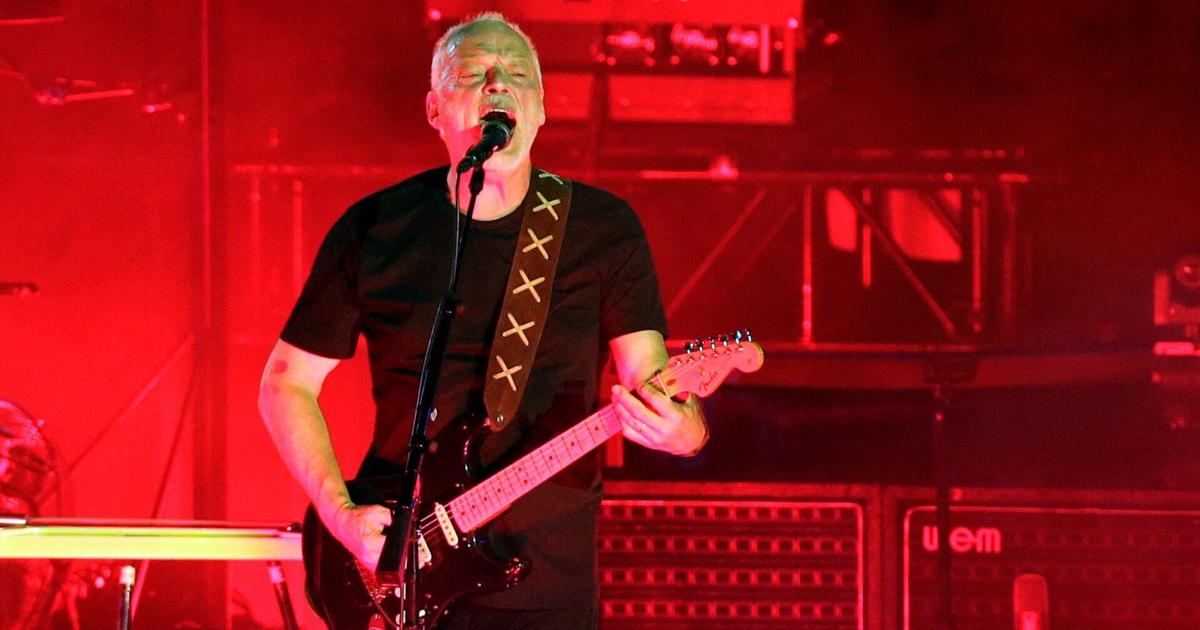 Pink Floyd is releasing its first new music in almost three decades to raise money for the people of Ukraine, the band announced. Listen here.

I saw this headline and thought it was cool that they reunited with Roger Waters, then saw that they didn't reunite with Roger Water. I wouldn't call this a reuniting without him.
Last edited: Apr 8, 2022
Reactions: red/green hawk, DBQStarHawk, ParkerHawk and 1 other person

Bonerfarts said:
I saw this headline and thought it was cool that they reunited with Roger Waters, then saw that they didn't reunite with Roger Water. I wouldn't call this a reuniting without him.
Click to expand...

Agree I scrolled fast looking for that piece of info as well.
Reactions: red/green hawk

There are several sort of "Anti-war" songs floating around out there.

This from Reinhard Mey is hauntingly beautiful - with subtitles. Translated, the title means roughly "No, I am not giving you my sons."

Last edited: May 12, 2022
Reactions: cigaretteman
You must log in or register to reply here.