Cedar Rapids police have completed an investigation into how a female pedestrian was injured after coming into contact with a pickup truck during a protest for abortion rights last month, and the case is now being reviewed for possible charges by a Black Hawk County prosecutor.


Linn County Supervisor Stacey Walker, who rushed that day at the rally to help women in front of the truck, told The Gazette it was an “act of pure violence” as the truck drove forward as protesters crossed the street. But police, who interviewed the driver later that day, did not make any arrests in the incident.


Black Hawk County Attorney Brian Williams said he has obtained the police evidence, but there may be additional follow-up.

“We are not at that place yet,” Williams said. “We do plan on sending out a news release regarding our decision. Unfortunately, I do not have an exact time frame yet.”


Williams said his office was reviewing the case because at least one member of the Linn County Attorney’s Office was present during the incident and “could potentially be a witness.” Cedar Rapids police didn’t immediately respond to an email for comment.


At the time of the incident June 24, police said they were collecting evidence and were looking for surveillance video in the area of Eighth Avenue and Second Street SE, in front of the U.S. District Courthouse, where demonstrators were gathering about 7:17 p.m. in response to the U.S. Supreme Court’s ruling against abortion rights.


Videos posted on social media showed the truck with its window rolled down and what appeared to be a driver exchanging words with several protesters around the truck as the vehicle was moving forward. Police, after the incident, said they interviewed the injured woman — who was taken to the hospital for possible treatment — and the driver.


“Young women who were protesting the recent Supreme Court decision that threatens their right to health care and bodily autonomy were targeted,” Supervisor Walker told The Gazette that day. “Many of them were physically hurt and many will be afflicted by the mental trauma of this event. It is my hope that the individual responsible for this act will be brought to justice, and that the basic human rights of all people can be honored in this country."


Police, in a statement that night, said: “Preliminary investigations indicate a group of protesters were attempting to legally cross the street in front of the federal courthouse when the traffic lights changed, giving right of way to vehicles on Eighth Avenue. Following verbal confrontations between the protesters and a driver, contact was made between a vehicle and one of the pedestrians,” according to the statement.

Walker said in an interview that the incident happened as the protest was winding down and people were beginning to return to a staging area.


“As I crossed the street, I heard a commotion,” he said. “I turned back to see a truck driving into the crowd with at least two young women — one of whom is a Linn County staffer — directly in front of the vehicle, and another woman appeared to be engaged with the vehicle near the driver's side.”


Walker said the vehicle had no intention of stopping, so he ran over to try to help.


“The driver accelerated and injured several young women in the process,” Walker said. “Thankfully the women in front of the vehicle were not run over."


Video posted to social media captured the truck’s personalized license plate as the driver sped away. Police said the driver was “voluntarily interviewed,” but didn’t say whether that was at the scene or whether they had found the driver later. 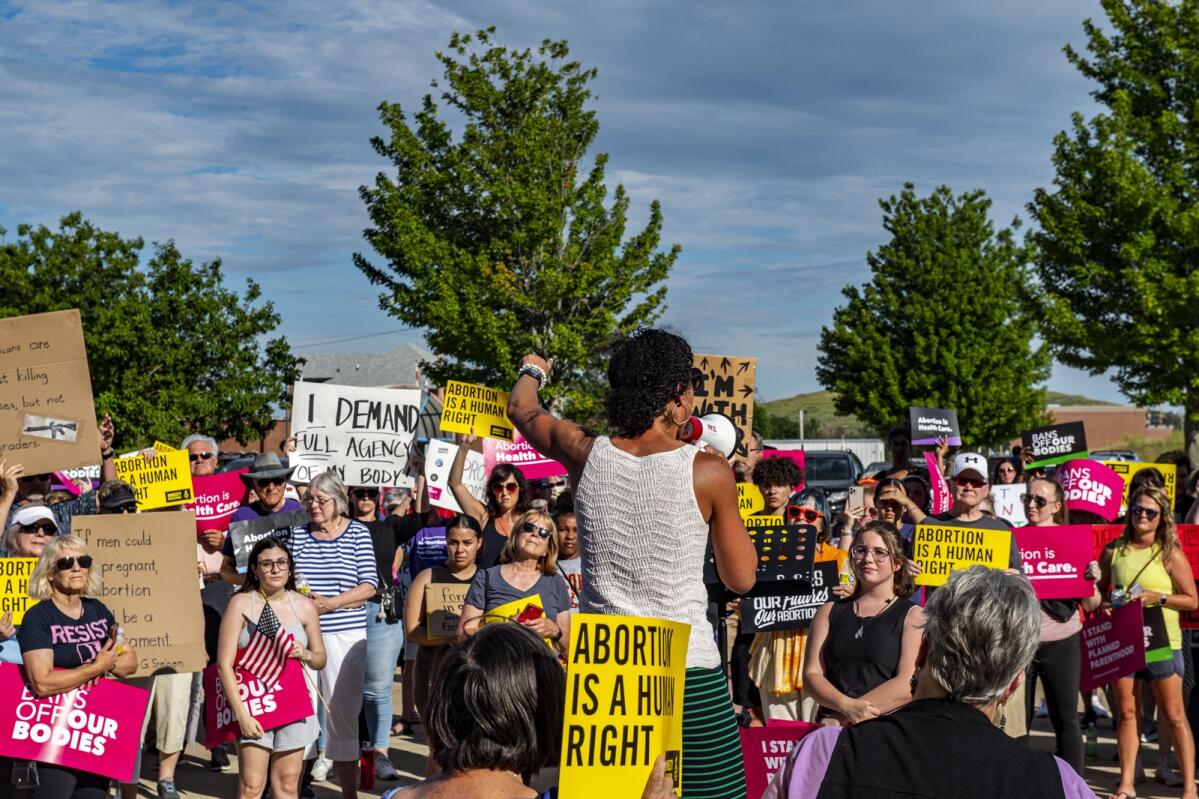 The Black Hawk County Attorney’s Office is reviewing an investigation into the circumstances of how a pedestrian was injured as a truck drove forward as protesters crossed the street during a rally for abortion rights last month in Cedar Rapids. Linn County prosecutors didn’t review the case...

Sounds like Supervisor Walker is trying to 'Guliani' the version of events.
You must log in or register to reply here.

Woman seriously injured in shooting outside H-Bar in Iowa City