Prosecutors, in addition to seeking access of medical records, want college transcripts of the 20-year-old Cedar Rapids man charged with fatally shooting his parents and sister two weeks ago.


Assistant Linn County Attorney Monica Slaughter, in a motion filed Monday, asks the court for access to the University of Iowa transcripts of Alexander Ken Jackson to aid in the county attorneys’ investigation. The reasons for this subpoena will be explained to a judge during a hearing Wednesday due to the “confidential nature” of the investigation, she said in the motion.


Defense attorneys also filed a motion Monday, asking the court to issue an order directing the prosecutors and the Cedar Rapids Police Department to turn over a garage door opener to the Jackson’s home, where Jackson’s father, Jan Perry Jackson, 61; mother, Melissa Ferne Jackson, 68; and his sister, Sabrina Hana Jackson, 19, were killed June 15.


Prosecutors did not resist this motion.


Last week, prosecutors filed subpoenas to access Jackson’s medical records and statements he made to emergency responders and other medical staff when he was treated for a gunshot injury to his foot.


Sixth Judicial District Chief Judge Lars Anderson granted the subpoenas, but the defense filed a resistance, arguing the prosecution can’t access those records because they are privileged medical information according to Iowa law.


Jackson, a Cedar Rapids Kennedy High School graduate and student at the UI, is charged with three counts of first-degree murder. He told police he awoke to the sound of gunfire and was shot in the foot as he struggled over a rifle with a masked intruder.


A prosecutor, during Jackson’s initial appearance, said Jackson “concocted” that story to cover up the “execution” of his family.


Slaughter told The Gazette last week that the family members, who were found in different rooms of the house at 4414 Oak Leaf Ct. NE, were shot multiple times and died from gunshot injuries.


Jackson called 911 and told a dispatcher he and his father had been shot by a male intruder, according to the criminal complaint. Cedar Rapids police officers arrived at 8:23 a.m. and found the victims.


A criminal complaint stated that investigators found no evidence of forced entry or burglary at the home.


Investigators found in the home a 22-caliber Browning semi-automatic rifle that police believe is the murder weapon, according to the complaint. Jackson said he and his father had left it on the fireplace after cleaning it the night before, the complaint said.


Jackson remains in jail under a $3 million cash-only bail. 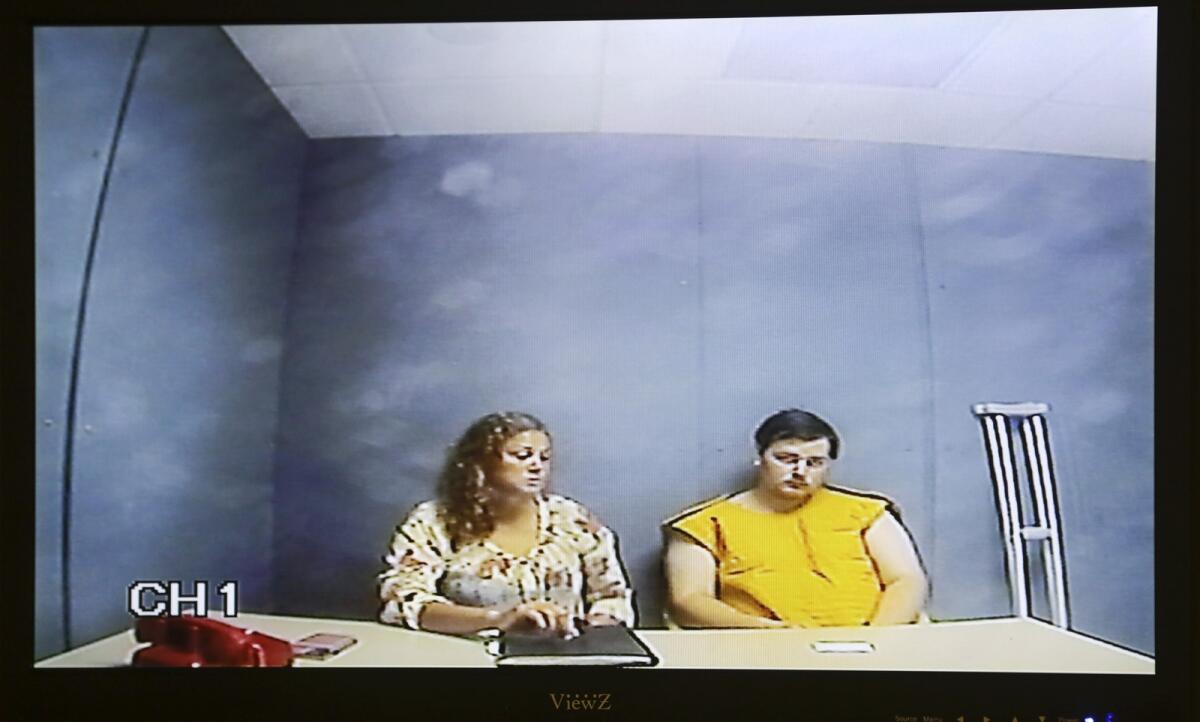 The reasons for this subpoena will be explained to a judge during a hearing on Wednesday due to the “confidential nature” of the investigation, Assistant Linn County Attorney Monica Slaughter said in the motion.

Iowa City man will plead to killing wife in 2019