Tuesday’s primary in Wyoming delivered Liz Cheney a resounding defeat. She is one of the few Republicans in Congress willing to resist Donald Trump’s election lies, and Republican voters punished her for it.
First, let me say, I have no intention of contributing to the hagiography of Liz Cheney. She is a rock-ribbed Republican who supported Trump’s legislative positions 93 percent of the time. It is on the insurrection and election lies where she diverged.
In a way, she is the Elvis of politics: She took something — in this case a position — that others had held all along and made it cross over. She mainstreamed a political principle that many liberals had held all along.
Advertisement
Continue reading the main story


Excuse me if I temper my enthusiasm for a person who presents herself as a great champion of democracy but votes against the John R. Lewis Voting Rights Advancement Act.

Situational morality is better than none, I suppose, but I see it for what it is, and I am minimally moved.
However, her loss does crystallize something for us that many had already known: that the bar to clear in the modern Republican Party isn’t being sufficiently conservative but rather being sufficiently obedient to Donald Trump and his quest to deny and destroy democracy.
We must stop thinking it hyperbolic to say that the Republican Party itself is now a threat to our democracy. I understand the queasiness about labeling many of our fellow Americans in that way. I understand that it sounds extreme and overreaching.
But how else are we to describe what we are seeing?
Of the 10 Republicans in the House who voted to impeach Donald Trump for his role in fomenting the insurrection, four didn’t seek re-election and four lost their primaries. Only two have advanced to the general election, and those two were running in states that allow voters to vote in any primary, regardless of their party affiliation.

Polls have consistently shown that only a small fraction of Republicans believe Joe Biden was legitimately elected. He was, of course. (That fact apparently can’t be repeated often enough.)

And in fact, according to a Washington Post analysis published this week, in battleground states, nearly two-thirds of the Republican nominees for the state and federal offices with sway over elections believe the last election was stolen.
This is only getting worse. Last month, a CNN poll found that Republicans are now less likely to believe that democracy is under attack than they were earlier in the year, before the Jan. 6 committee began unveiling its explosive revelations. Thirty-three percent of Republicans and Republican-leaning independents said the party should be very accepting of candidates who say the election was stolen; 39 percent more said the party should be somewhat accepting of those candidates.
Furthermore, a Washington Post-University of Maryland poll published in January found that the percentage of Republicans who say that violence against the government can sometimes be justified had climbed to 40 percent, compared with just 23 percent of Democrats. It should also be noted that 40 percent of white people said that violence could be justified compared with just 18 percent of Black people.
We have to stop saying that all these people are duped and led astray, that they are somehow under the spell of Trump and programmed by Fox News.
Propaganda and disinformation are real and insidious, but I believe that to a large degree, Republicans’ radicalization is willful.
Republicans have searched for multiple election cycles for the right vehicle and packaging for their white nationalism, religious nationalism, nativism, craven capitalism and sexism.
Advertisement
Continue reading the main story


There was a time when they believed that it would need to be packaged in politeness — compassionate conservatism — and the party would eventually recommend a more moderate approach intended to branch out and broaden its appeal — in its autopsy after Mitt Romney’s 2012 loss.

But Trump offered them an alternative, and they took it: Instead of running away from their bigotries, intolerances and oppression, they would run headlong into them. They would unapologetically embrace them.
This, to many Republicans, felt good. They no longer needed to hide. They could live their truths, no matter how reprehensible. They could come out of the closet, wrapped in their cruelty.
But the only way to make this strategy work and viable, since neither party dominates American life, was to back a strategy of minority rule and to disavow democracy.
A Pew Research Center poll found that between 2018 and 2021, Republicans and Republican-leaning independents gradually came to support more voting restrictions.
In a December NPR/Ipsos poll, a majority of Democrats, independents and Republicans all thought that American democracy, and America itself, was in crisis, but no group believed it more than Republicans.
But this is a scenario in which different people look at the same issue from different directions and interpret it differently.

Republicans are the threat to our democracy because their own preferred form of democracy — one that excludes and suppresses, giving Republicans a fighting chance of maintaining control — is in danger.
For modern Republicans, democracy only works — and is only worth it — when and if they win. 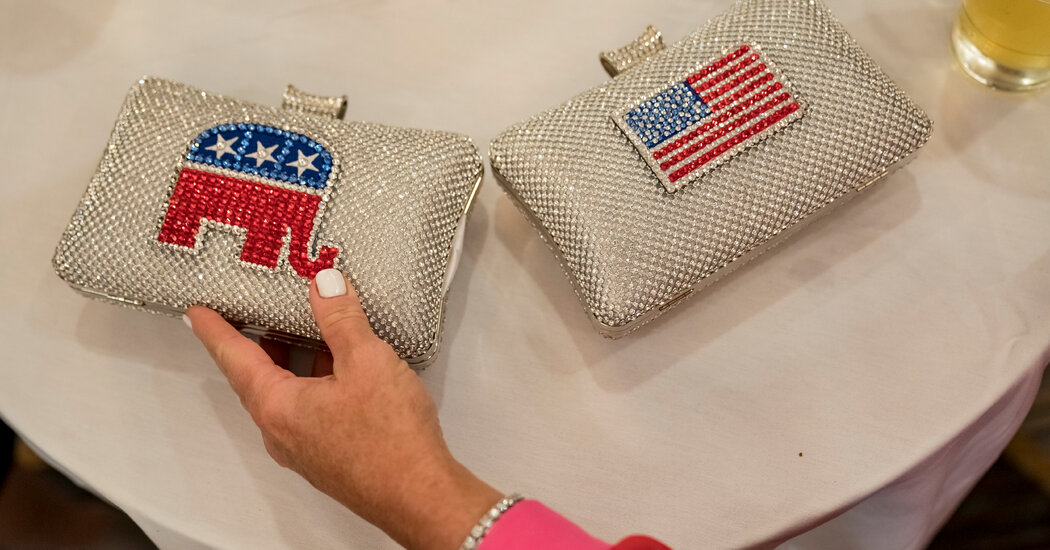 Instead of running away from their bigotries, intolerances and oppression, they unapologetically embraced them.

Comical right there.
You must log in or register to reply here.

41% Of Republicans Support Trump Over GOP