Republican lawmakers pushed forward legislation Thursday that would allow parents to sue districts over books they believe are obscene.

In doing so, they said certain literature in schools could be used by teachers as "grooming materials" to prey on students and that a trove of books for young adults by mostly Black, Hispanic and LGBTQ authors are the result of a "toxic, cancerous ideology that makes cultures decline."

But Democrats and public school advocates said the bill and some of Republicans' comments on the issue are an attack on teachers and students, and that schools already have systems in place to address book challenges and parental concerns.

The bill would allow parents to sue schools over 'obscene' books​

Senate President Jake Chapman, R-Adel, has proposed the measure to allow parents to sue schools for distributing obscene material or “hardcore pornography” to students. It would also specify that penalties for the distribution of those materials apply to teachers and school administrators, although it wouldn't change the definition of such materials in Iowa law.

Chapman introduced the proposal, Senate File 2198, as parents have approached school boards across the state and country with concerns about the content of certain books available in school libraries and classrooms. Some parents don't believe the process is working, he said, and he wants to give them an additional avenue to challenge books.

"Parents are cut completely out of this process, and so this bill allows parents to go to a court to have that determination made," Chapman said.

Despite the challenges, several Iowa school districts have decided to keep some of those books in their libraries after review. Many librarians say that students can be trusted to make decisions for themselves and that, in some cases, the material has proved critical to students' understanding of who they are.

Sen. Janet Petersen, D-Des Moines, condemned the bill and the comments of some Republicans on the issue, calling the bill "an attack on our kids."

Where is the bill in the Iowa Legislature?​

The proposal advanced through a Senate subcommittee Thursday morning with a 2-1 vote, with Republican Sens. Brad Zaun of Urbandale and Jason Schultz of Schleswig voting in favor and Petersen voting against. Chapman did not serve on the panel but spoke as the bill's sponsor.

Further changes could be coming to the bill, Chapman said. He said he plans to introduce an amendment that would raise the penalties teachers could face in the bill to an aggravated misdemeanor on the first offense and a class D felony on the second offense, aligning the penalties with those in Iowa code for the rental or sale of hardcore pornography. 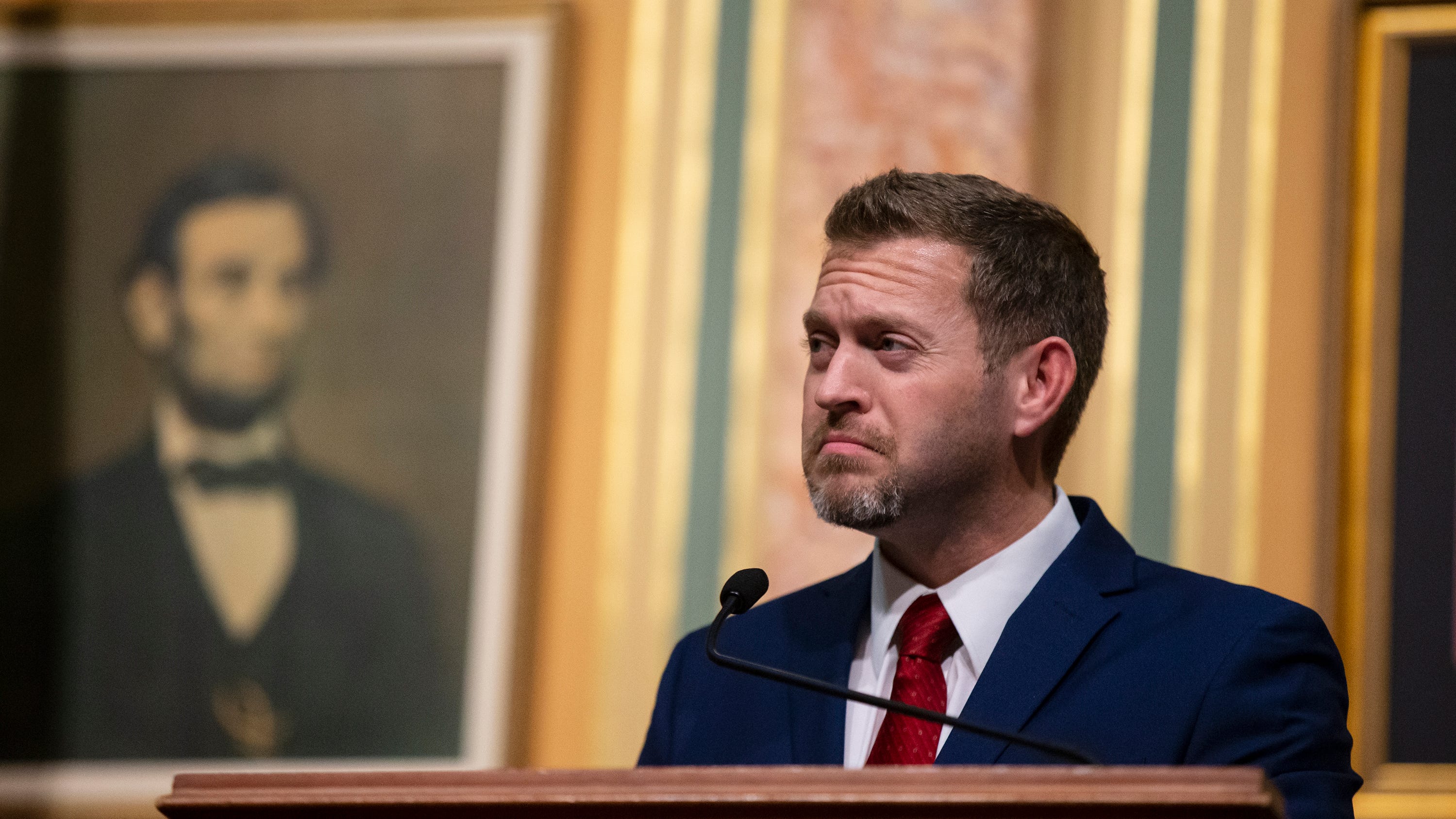 The bill, which would allow parents to sue districts over books they believe are obscene, passed its first test in the Iowa Legislature Thursday.
www.press-citizen.com

Why don't these pussies just run for school board, or bother to show up for a parent teacher conference instead of introducing this nonsense, balanced with legislation designed to address Iowa's blossoming teacher shortage...
Reactions: cigaretteman
You must log in or register to reply here.

The next book ban: States aim to limit titles students can search for