Researchers led by the University of Iowa have announced the discovery of two crocodile species that roamed east Africa between 15 and 18 million ago.


Christopher Brochu, a professor at the UI’s department of earth and environmental science, said this study reveals more diversity in crocodile evolution than scientists previously thought.

“People have been collecting fossils there for a long time for many decades … but people weren't really doing anything with them because they assumed they were either just going to be Nile crocodiles, or the ancestor of the Nile crocodile,” Brochu said. “It hadn't occurred to them that these things were evolving much more rapidly and that there was a lot more diversity. ”


The giant dwarf crocodiles, measured as long as 12 feet, were much larger than their modern relatives. The study is called “Giant Dwarf Crocodiles From the Miocene of Kenya and Crocodylid Faunal Dynamics in the Late Cenozoic of East Africa” and was published online June 8 in the journal “Anatomical Record.”


Brochu has studied crocodile evolution for about 30 years, but examined the species during several visits to the National Museums of Kenya, in Nairobi, since 2007.


When Brochu made his initial visit to Africa, was drawn to return to the continent because he noticed the fossils he found had never been studied before or needed to be studied again.


Brenda Benefit, a professor of biological anthropology at New Mexico State University, and her husband were on the team that helped excavated the fossils on an island in Kenya. Benefit started excavating on the island in 1987, where she said Kenyan-British Archaeologist Louis Leakey had worked on in the 1940s and should’ve discovered the fossils. However, “what he had done is put down only to a certain level and not deeper.”


Benefit said one of the biggest challenges of excavation was avoiding getting sick on the island.

“My husband got a very bad case of malaria and lost 60 pounds in two weeks — malaria and typhoid is just endemic,” Benefit said. “This is probably one of the biggest things that you're actually battling, you're trying not to get sick while you're on this island.”


Aryeh Grossman, an Arizona professor at Midwestern University, helped lead the excavation and discovered the crocodile, including the skull. Grossman said he didnt’t realize at first that they had found a skull and had to be careful with its excavation.


“Rather than trying to take the whole thing out in the field and risk breaking it, what we do is actually dig it out inside the soil and put a plaster cast around it and take it out and then it goes to the museum,” Grossman said.


Grossman said they wouldn’t have been able to do the work without support from team members from the National Museum of Kenya and local people as well.


“They still work with us live with us at the site, you know, at our campground for the time that we're there,” Grossman said. “(They) help us out with things we do, and they're amazing.” 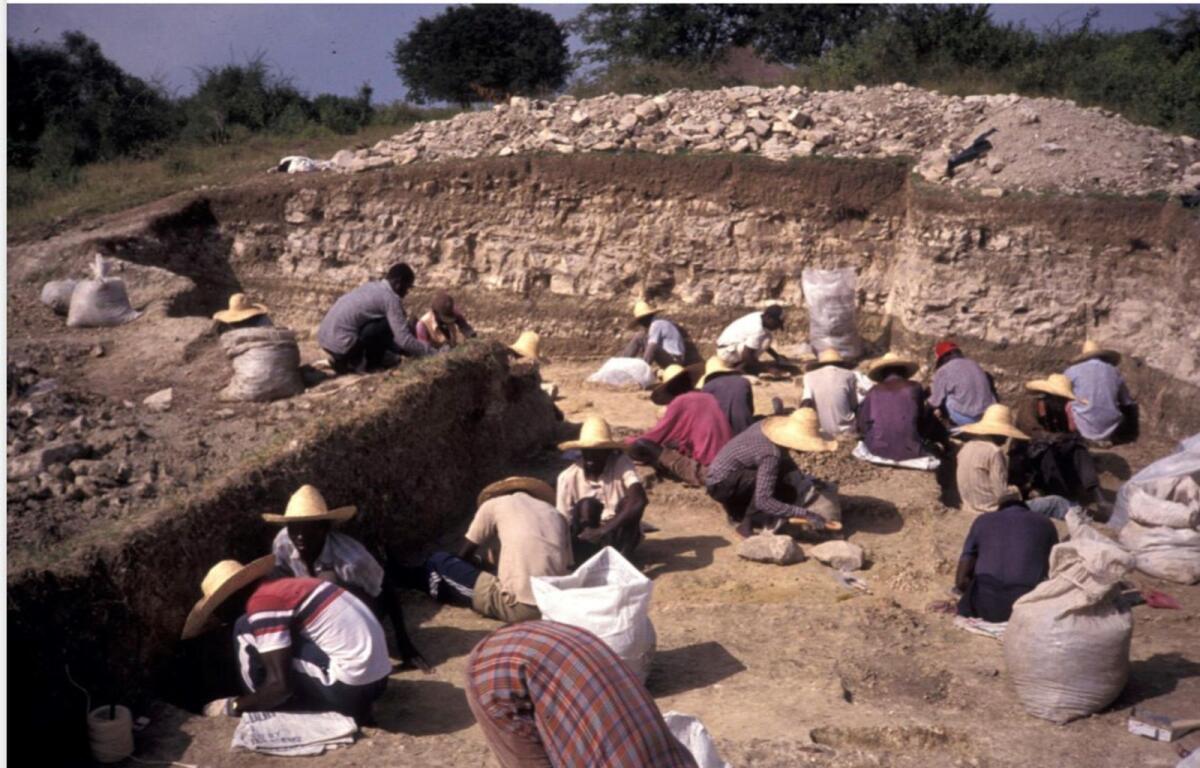 Sounds like we got some regular sized crocodiles?
Reactions: mnole03, VodkaSam, CaboKP and 1 other person

LOL exactly. 12 ft is about standard size for most crocs and alligators. “Giant Dwarf” my @$$.
Reactions: mnole03 and cigaretteman

FSUTribe76 said:
LOL exactly. 12 ft is about standard size for most crocs and alligators. “Giant Dwarf” my @$$.
Click to expand...

Seen this movie. They should kill it now.
You must log in or register to reply here.

He died doing what he loved....