It’s been almost two decades now since I began writing about the biggest Freaks in college football. Initially, there were 10 of ‘em. My premise was to spotlight the players who generate buzz inside their programs by displaying the unique physical abilities that wow even those who observe gifted athletes every day. The Freaks list is compiled with the help of many coaches, players and sports information directors, as well as NFL scouts from all over the nation.

A first-team All-Big Ten pick, Moss (39 tackles, four interceptions) is one of the big reasons why Iowa’s defense is so stingy. The 6-1, 193-pounder was an excellent hurdler in high school, and that high-level athleticism has only been enhanced from four years in Iowa City. Moss has vertical-jumped 42 inches and broad-jumped 10-8. We’re told he has clocked the fastest short shuttle time for DBs in Kirk Ferentz’s two decades-plus at Iowa, blazing through it in 3.85 seconds. That would’ve been almost a full tenth of a second faster than anyone at this year’s combine, with Sam Houston State’s Zyon McCollum going 3.94. In fact, no one in Indy has even cracked 3.90 since Washington’s Kevin King did 3.89 in 2017.

He’s a presence in the Hawkeyes’ physical offense system. He only ran for 76 yards on 15 carries and one touchdown in 14 games last year, but he’s one of the better blocking backs in the Big Ten. He’s also a very explosive, big dude at 6-1, 247, holding Hawkeye position records with a stellar 3.92 short shuttle time and a 435-pound power clean. 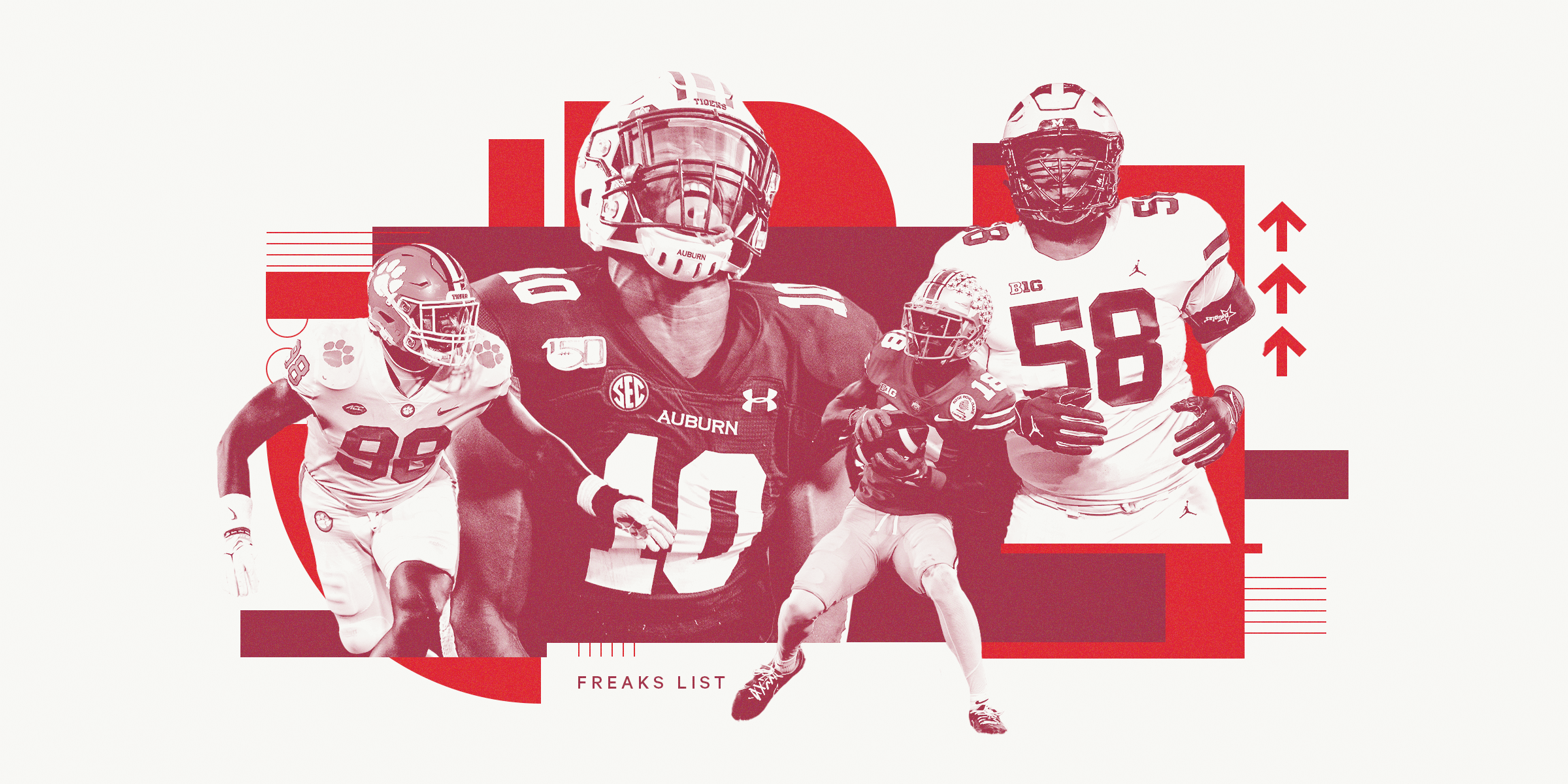 One hundred players who showcase jaw-dropping physical traits at their respective programs.

theathletic.com
Reactions: NevadaHawk, Ree4, pink shizzle and 1 other person
You must log in or register to reply here.