The last Howard Johnson’s restaurant still operating closed this week. Located in Lake George, New York, it had only sporadically been open since March. This closes a restaurant chain that those on a summer road trip fondly remember seeing for almost exactly 100 years. It was the first and, for a time, only franchise restaurant chain in the U.S., and a slice of Americana.

Where was the last Howard Johnson’s restaurant?​ 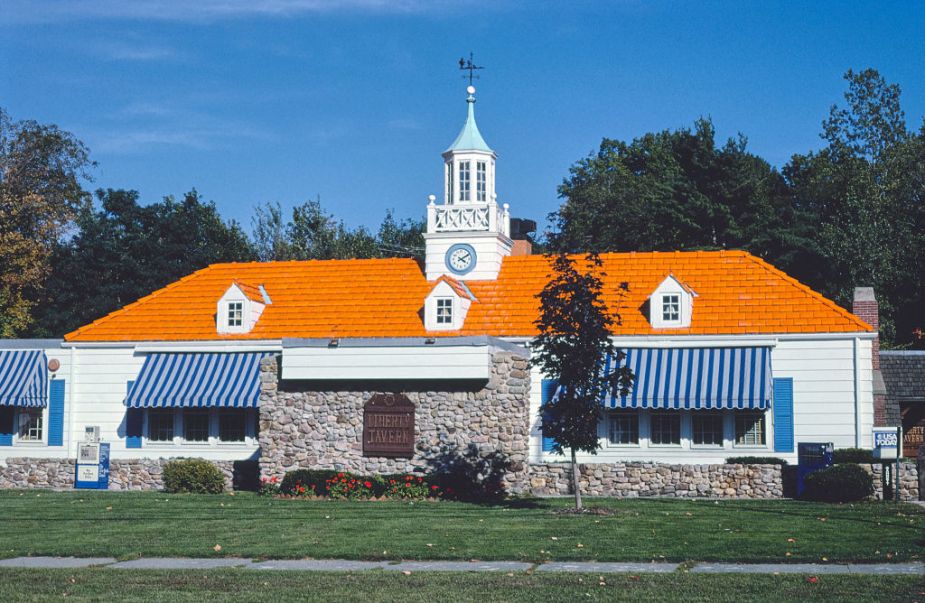 Howard Johnson’s Restaurant, Route 7, Burlington, Vermont | Getty
Lake George is a mostly summer vacation destination in the Adirondack mountains. That summer-only circumstance is what some say caused this last one to finally close. But the Howard Johnson’s chain has had problems for years, with one after another closing its doors.
At one time, it boasted of more than 1,000 restaurants sprinkled around America. The first one opened in 1925 in Quincy, Massachusetts, just outside of Boston. Its ice cream was famous for using butter fat. This was so popular Howard Deering Johnson opened an adjacent ice cream stand, and legend has it he sold 14,000 cones a day for a time.

Why were road trips and Howard Johnson’s connected?​ 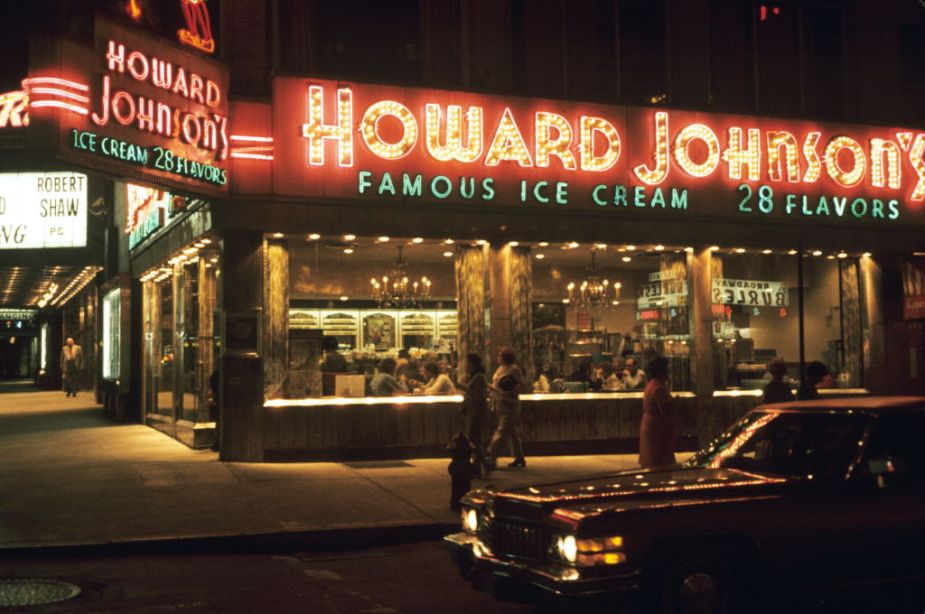 Howard Johnson’s Times Square restaurant in 1971 | Getty
By the mid-1930s, Howard Johnson’s restaurant, known as “HoJos,” started expanding into franchise agreements. Remember, McDonald’s, Applebee’s, Burger King; none of these now familiar restaurant chains existed, and wouldn’t for a couple more decades. The Howard Johnson’s chain became part of Americana, a staple of highway landscapes. Its consistent orange roofs, cupolas, and weather vane on top were like a beacon for motorists.
Most franchises were purchased by mom and pop operations. Though each restaurant looked the same, their service was unique, partially due to that family ownership. As for the fare, it started with hot dogs, hamburgers, and various sandwiches, not to mention ice cream for dessert. But even then, unusual offerings like peanut butter and bacon, toasted fried clam rolls, and sardine sandwiches added variety.

When families travel, why go to Howard Johnson’s?​ 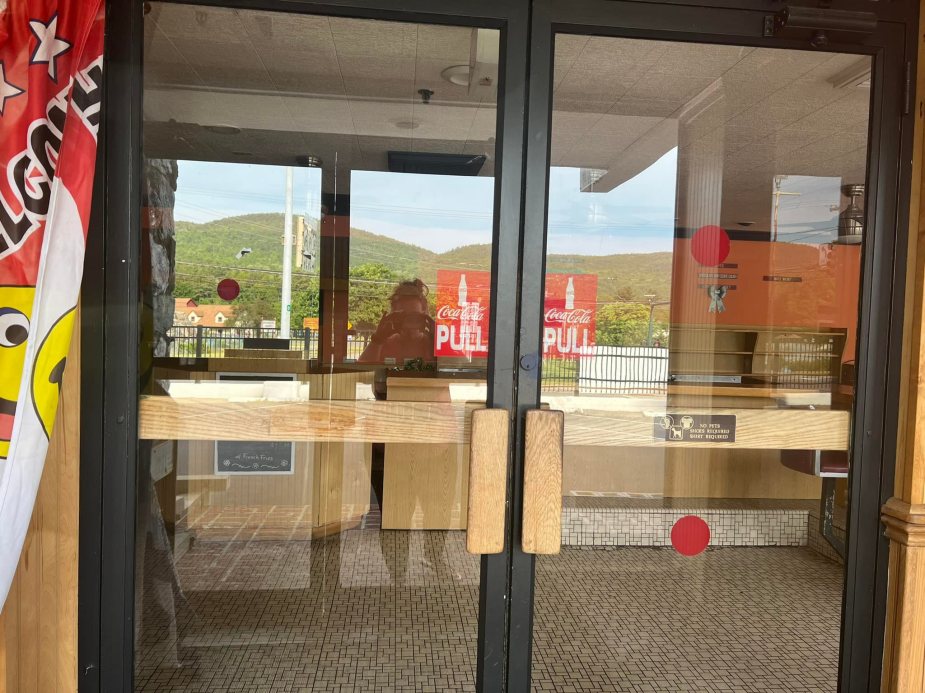 Closed Lake George Howard Johnson’s | Facebook
With the construction of the Pennsylvania Turnpike, New Jersey Turnpike, and Ohio Turnpike, after WWII, a new opportunity to bring HoJos to travelers helped the franchise explode. Strategically locating them at gas station turnoffs meant instant on and off convenience.
Then in 1954, it opened its first motor lodge, but this was also around the same time that McDonald’s began franchising its drive-ins. If the restaurant turnoff model didn’t get most road-trippers, having a place to sleep for the night surely did. These motel chains became another staple of American highways. In fact, this part of the Howard Johnson’s company still exists, now owned by Wyndham Hotels.

When did the chain peak?​ 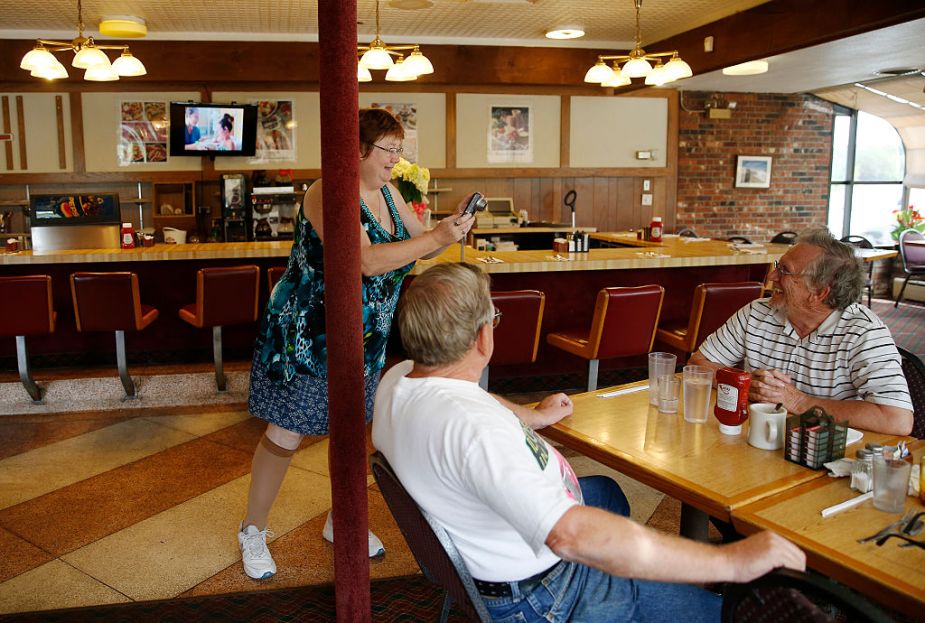 Last New England Howard Johnson’s Restaurant in Bangor, Maine | Getty
But these new fast food restaurants began revolutionizing the American travel landscape. Cheaper food meant that to stay competitive Howard Johnson’s cut back on its premium ingredients. But the early 1970s, the chain peaked with over 1,000 restaurants and over 500 motor lodges.
By 1979, the company accepted a $650 million offer to sell. Soon, many restaurants started closing due to poor performance. In 1989, it was sold again, marked by closing franchises and ownership changes. Marriott Corporation began buying up locations in the early-1980s for the valuable land most occupied. From there, it has all been downhill.
Though this last HoJos standing had the name, it was actually an old franchise that had been turned into the “Lake George Family Restaurant” in 2015. When the lease transferred to a new owner, he chose to call it “Howard Johnson’s,” but its only connection to the chain was the name. It had no direct link to the infamous orange-roof restaurants. Still, it was the last restaurant with that iconic name.

i loved the fried clams and the chicken pot pie.
Reactions: GOHOX69

Huh. That's kind of funny, I remember when they were everywhere, and never even noticed their disappearance. We ate at one once or twice when I was little, but nothing regular. They just faded totally away and I never even registered it.
Reactions: GOHOX69

When I was young, we used to spend every non-winter Sunday afternoon at Juno Beach. On the way back, we'd hit HoJo's for milkshakes and, occasionally, clam strips. I remember they had a shit-ton of salt water taffy for sale, as well. Milkshakes were quality.
Reactions: dgordo
You must log in or register to reply here.

Analysis: Boris Johnson’s lies worked for years — until they didn’t

Opinion Tories awaken to the cost of being led by an entertainer. The GOP still hasn’t.

Chick-fil-A store asks for ‘volunteers’ to work for chicken, not money