Russia and Ukraine signed an agreement in Istanbul on Friday to unblock more than 20 million tons of grain stuck in blockaded Black Sea ports in Ukraine, a deal aimed at bringing down soaring grain prices and alleviating a mounting global hunger crisis.

The breakthrough comes after months of talks and was brokered with the help of the United Nations and Turkey.

Senior United Nations officials said that the first shipments of grain out of Odesa and neighboring ports were mere weeks away and would quickly bring five million metric tons of Ukrainian grain and other foodstuffs to the world market per month. That would also free up storage space in Ukraine’s silos for freshly harvested grain, the officials said.

“This agreement did not come easy,” António Guterres, the United Nations secretary general, said at the signing ceremony in Istanbul on Friday, calling the deal a “beacon in the Black Sea.”

He praised Ukraine, Russia and Turkey for working together to secure the breakthrough.

“Since the war started, I have been highlighting that there is no solution to the global food crisis without ensuring full global access to Ukraine’s food products and Russian food and fertilizer,” he said. “Today we took important steps to achieve this objective. But it has been a long road.”

Kyiv and Moscow have agreed on very little since Russia’s full-scale invasion of Ukraine began on Feb. 24. Negotiations held in Belarus that month and in March went nowhere, because Russia insisted on a change of government in Kyiv. Later in March, talks in Turkey were also ultimately fruitless.

However, negotiators have been able to reach agreements about evacuating a steel plant in Mariupol where hundreds of Ukrainian soldiers and civilians were holed up for 80 days. Both sides have also agreed on several occasions to exchange prisoners and the corpses of dead soldiers. But this is the first time that representatives from both countries have publicly signed an agreement in a signing ceremony.

“It’s a big step forward,” Stephen E. Flynn, founding director of the Global Resilience Institute at Northeastern University, said of Friday’s deal, crediting the Turks with an “elegant approach.” But he warned that it will be difficult to speedily clear the logjam and deliver food to where it is most needed.

“The Black Sea is a juggernaut that has to be cleared,” and the mechanics of doing that — especially in wartime conditions when trust levels are low — are extremely complex. “It will not move quickly,” he said. 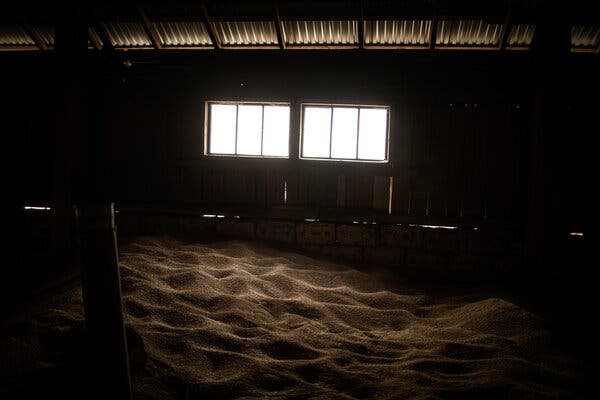 A storage facility for grain on the outskirts of Lviv, Ukraine, in May.Credit...Diego Ibarra Sanchez for The New York Times
At the moment, 2.5 million metric tons of Ukrainian foodstuffs are being exported monthly through land and river routes to allied countries such as Moldova, Poland and Romania with European Union assistance.

The agreement signed in Istanbul would hold for 120 days, the officials said, and will hopefully be renewed on a rolling basis to normalize the export of grain for the months to come.

It comes with an express agreement that the commercial and civilian ships involved, as well as the port facilities, not be attacked. But a senior U.N. official said that the Russian security guarantees did not extend to parts of the Ukrainian ports not directly used for the grain exports.

Under the terms of the deal, Ukrainian captains will steer the vessels with grain out of Odesa and neighboring ports of Chernomorsk and Yuzhne following safe passages mapped by the Ukrainian Navy, avoiding mines.

A joint command center with Russian, Ukrainian, Turkish and U.N. officials is being set up in Istanbul as of Saturday, the U.N. officials said, and teams from all three countries and the United Nations will be charged with jointly inspecting the vessels to ensure that they are not carrying weapons back to Ukraine once they have unloaded their cargo of grain.

The deal seemed unlikely just two weeks ago, considering the deep mistrust between the warring parties and the apparent dearth of incentives for Russia to sign off on it. But part of the United Nations’ work focused on convincing private-sector shipping and insurance companies that they could transport Russian foods and fertilizers out of Russia without running afoul of United States and E.U. sanctions.

If the agreement holds, it could help alleviate catastrophic food shortages that worsened when Russia invaded Ukraine in February. President Vladimir V. Putin’s willingness to weaponize food has led to some of the gravest global consequences of Moscow’s attack on Ukraine, contributing to hunger and the threat of political unrest in Africa, and undermining a global food distribution network that was already strained by pandemic-related disruptions and climate change.

Before the war, droughts in North America and the Horn of Africa, poor harvests in China and France, and the pandemic were squeezing global food supplies. By December, global wheat prices had risen about 80 percent in a little over a year, according to the International Monetary Fund. At the same time, a jump in oil and gas prices precipitated by the war has led to an even sharper increase in the cost of fertilizers made in part from those fuels. 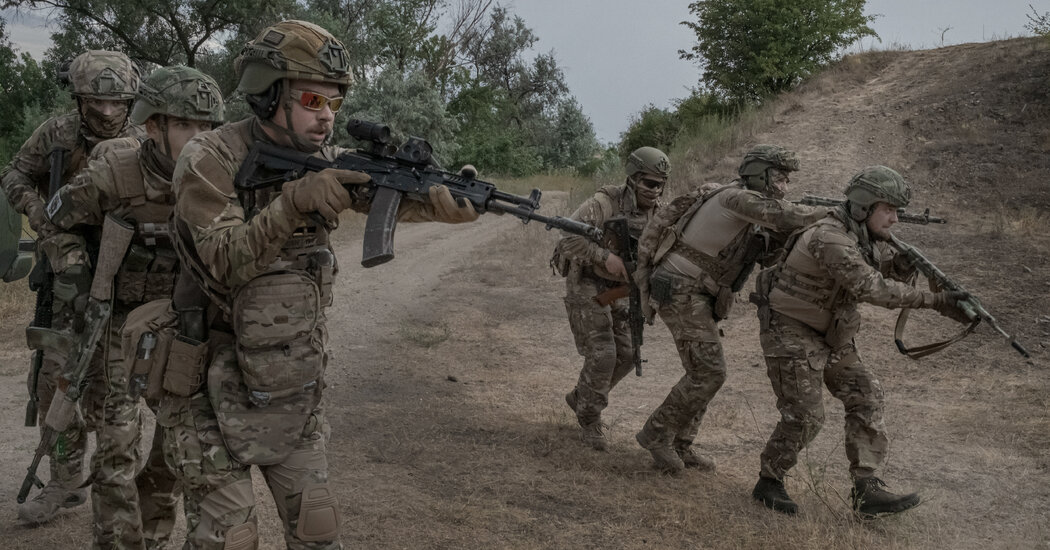 U.S. and Ukraine Wait to See if Russia Keeps Word

Biden administration officials and leaders in Ukraine expressed skepticism that Moscow would follow through on promises that could unblock more than 20 million tons of grain. Washington is sending another $270 million in military aid to Kyiv.