Russia misses a bond deadline, signaling its first default on foreign debt since 1918.

Russia missed a deadline for making bond payments on Sunday, a move signaling its first default on international debt in more than a century, after Western sanctions thwarted the government’s efforts to pay foreign investors. The lapse adds to efforts to seal Moscow off from global capital markets for years.

About $100 million in dollar- and euro-denominated interest payments failed to reach investors within a 30-day grace period following a missed May 27 deadline. The grace period expired Sunday night.

A formal declaration of default would need to come from bondholders because ratings agencies, which normally declare when borrowers have defaulted, have been barred by sanctions from reporting on Russia. The Credit Derivatives Determinations Committee, a panel of investors that rules on whether to pay out securities linked to defaults, hasn’t been asked to make a decision on these bond payments yet.

But it appeared that the payments had not reached bondholders’ accounts as of Sunday night, as required by the bonds’ contracts. On Monday, Russia’s finance ministry said it had made the payments in May and they had been transferred to Euroclear, a Brussels-based clearinghouse, but subsequently blocked from reaching bondholders.

Russia is rejecting the default declaration, on the grounds that it has made efforts to pay. Dmitri S. Peskov, the Kremlin’s spokesman, told reporters on Monday that the statements about default were “absolutely illegal.”

“The fact that Euroclear withheld this money, did not transfer it to the recipients, it is not our problem,” Mr. Peskov said. “In other words, there are no grounds to call this situation a default.”
The finance ministry added that the actions of foreign financial institutions are beyond its control and “it seems advisable for investors to contact the relevant financial institutions directly” over the payments.
The risk of default emerged in late February after Russia invaded Ukraine and sanctions were imposed to sever the country from international financial markets. In late May, Russia tried to navigate tightening sanctions that cut off its access to American banks and bondholders by sending the payments to a Moscow-based institution. But ultimately, the funds didn’t make it all the way to bondholders’ accounts because of far-reaching American and European sanctions.
This default is unusual because it’s a result of economic sanctions blocking transactions, not because the Russian government has run out of money. Moscow’s finances remain resilient after months of war, with nearly $600 billion in foreign currency and gold reserves, though about half of that is frozen overseas. And Russia continues to receive a steady influx of cash from sales of oil and gas. Still, a default would be a stain on the country’s reputation that will linger in investors’ memories and probably push up its borrowing costs if it is able to tap international capital markets.
Unlike other major defaults in recent history, such as in Greece and Argentina, the immediate economic and financial impact of this default on international markets and Russia’s budget are expected to be relatively small.
For one, Russia has already lost access to international investors, traditionally the worst consequence of default.
“The only clear negative outcome of the default is that the external market will be effectively closed for the ministry of finance,” said Sofya Donets, an economist at Renaissance Capital in Moscow. “But it’s already closed.” 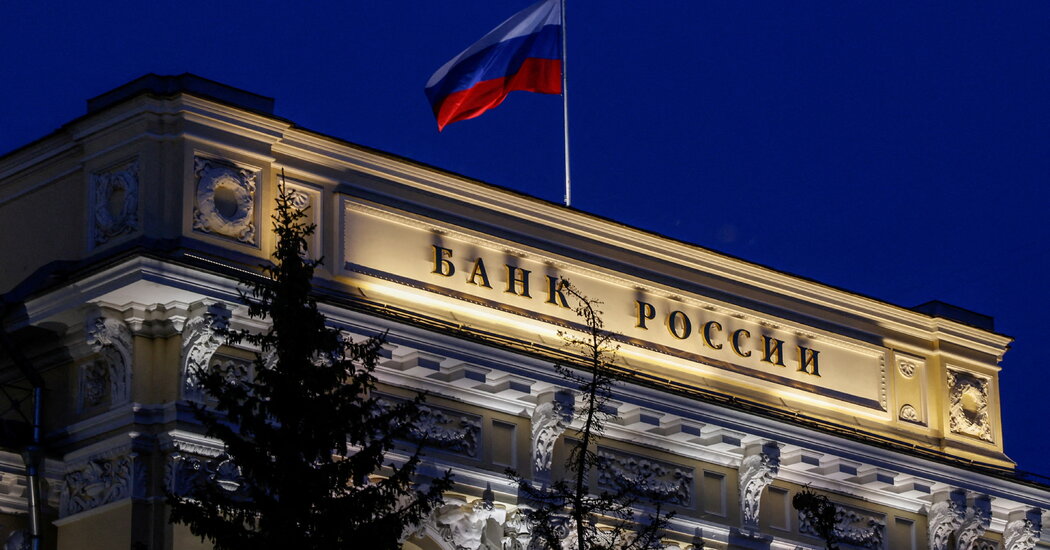 Economic sanctions that blocked bond payments have strengthened efforts to seal off Moscow from global markets.

Russia Is Buying North Korean Artillery, According to U.S. Intelligence