Some Chicago birds are nesting nearly a month earlier than they did more than a century ago. And like some other shifts happening around the Great Lakes region as temperatures rise and the timing of the natural world drifts, there’s a familiar driver: climate change.

That’s according to a new study from local researchers published in the Journal of Animal Ecology — and thanks to some eggs more than 100 years old.


As plants, animals and insects adapt to warmer and wetter conditions in Illinois, birds are also responding to a changing climate, researchers found. About a third of the 72 bird species included in the study have started laying eggs on average 25 days earlier than they did more than 100 years ago.

To go back in time in northeast Illinois, researchers turned to measurements of carbon dioxide in the atmosphere, which correlate with temperature trends, along with a room full of eggs.

On a recent afternoon, John Bates, curator of birds at the Field Museum and the study’s lead author, opened a drawer filled with shells shaded sandy brown to robin egg blue, speckled and splattered and clustered together in padded boxes.

“These are a smattering of bird eggs of different species,” Bates said, still holding a hint of wonder toward the familiar collection in front of him. “We’ve got a robin, we’ve got a cedar waxwing. These are orchard orioles.”

A few boxes sat on a table in the cabinet-lined room — home to tens of thousands of eggs as small as hummingbirds’, and as large as those from the extinct elephant bird — with handwritten cards offering nesting clues.

Blotted eggs from a cedar waxwing, dated August 1897 and collected near Glencoe, came from a nest “built in an oak tree, twenty-five feet from the ground.” Incubation had begun for a trio of robin eggs collected in 1901, found in a Calumet nest made of grass and mud, and discovered in scrub oak. One egg in a collection of five appeared more flecked than the others — an addition from a parasitic brown-headed cowbird that dropped its egg off among an orchard oriole clutch.

Some of the eggshells — their insides blown out long ago — date back to the 1870s, when ornithologists and hobbyists of all ages at times tried to get their hands on a nest.

The early egg collectors may not have been professionals, Bates said, but “you had to be a really good natural historian to find nests.”

But egg collecting, then a popular pastime, waned at the turn of the century, as criticism around the practice grew and it was eventually regulated. Although good for birds, the lack of eggs created a data gap.

To create continuity, the study’s authors pulled together data from other sources, including research undertaken at the Morton Arboretum on cow bird parasitism — the birds drop their eggs off in other birds’ nests and leave the young for the other parents to raise —and statistical modeling.

Additional data also came from Chris Whelan, now an evolutionary ecologist focused on birds at the University of Illinois at Chicago, whose studies have led him in search of nests — a “needle-in-the-haystack problem.”

“Some people never get better at it,” Whelan said. “Other people seem to be born naturals.”

When trying to spot a nest, one should be on the lookout for clumps in vegetation, Whelan said. There are also behavioral cues: the gathering of leaves and twigs, food carried en route to chicks, even a certain way of flying.

“You read as much information as you can about the habits of nesting birds,” Whelan said. “And then you go out and you put that into practice.”

To get a literal bird’s-eye view, Whelan has used poles able to extend up into trees with attached mirrors like what you’d see on the side of a bicycle, and employed binoculars to see the reflection.

ies. Another unexpected finding was that some migratory birds are also nesting earlier.

“Our overall general patterns didn’t fit the preconceived idea that we had about migration,” Bates said. “Maybe that’s just illustrating there are other factors that are complicating things with each one of these species in ways we need to know more about.”

Whelan said the birds might arrive with a buffer window, and settle down faster if weather conditions are favorable and food is abundant.

That some birds seem to be navigating the change is a good thing, Whelan said. But there are still concerns about bird activity not syncing up with food availability, whether during migration, at winter grounds or during breeding, and the effect that could have on survival and reproduction.

“The fact that it isn’t a problem now doesn’t mean that it won’t be a problem in the future,” Whelan said. “The big worry there is if you’re not producing young, you’re not going to maintain population size.”

There are nearly 3 billion fewer birds in the U.S. and Canada than there were in 1970, a major 2019 study from the Cornell Lab of Ornithology and conservation organizations found.

Scientists are continuing to study the multiple factors likely responsible for the massive disappearance, but an additional challenge such as limited food combined with something as harmful and pervasive as habitat loss may make bird survival all the more difficult.

Not all species are declining, and some are declining at very different rates, Bates said, similar to the differences in nesting found in the study.

American robins, which are increasing overall, were actually found to be nesting later on average, the study found.

Bates thinks — and hopes — the use of eggs in research is only beginning. They’ve already proven essential in understanding the thinning effects from the pesticide DDT and may prove valuable as scientists seek to understand the long-term effects of climate change, pollution or environmental cleanups.

“Things are continuing to change, and there may be tipping points,” Bates said. “All of this is about monitoring in the long term.”

Bates said he’s spent much of his career studying places such as the Amazon, where large swaths of birds have never even had their eggs described. With so much still unknown about the world’s birds, similar studies showing what’s happening with nesting in other regions could begin to fill in the blanks.

Bates pulled out another shelf holding the eggs of common murres, black and white seabirds whose females lay uniquely colored and patterned eggs, and so can spot their young among large colonies.

“It’s an incredibly valuable part of the biology of birds,” Bates said, eyeing the eggs, marvels in themselves, and just another about which scientists still have much to learn. 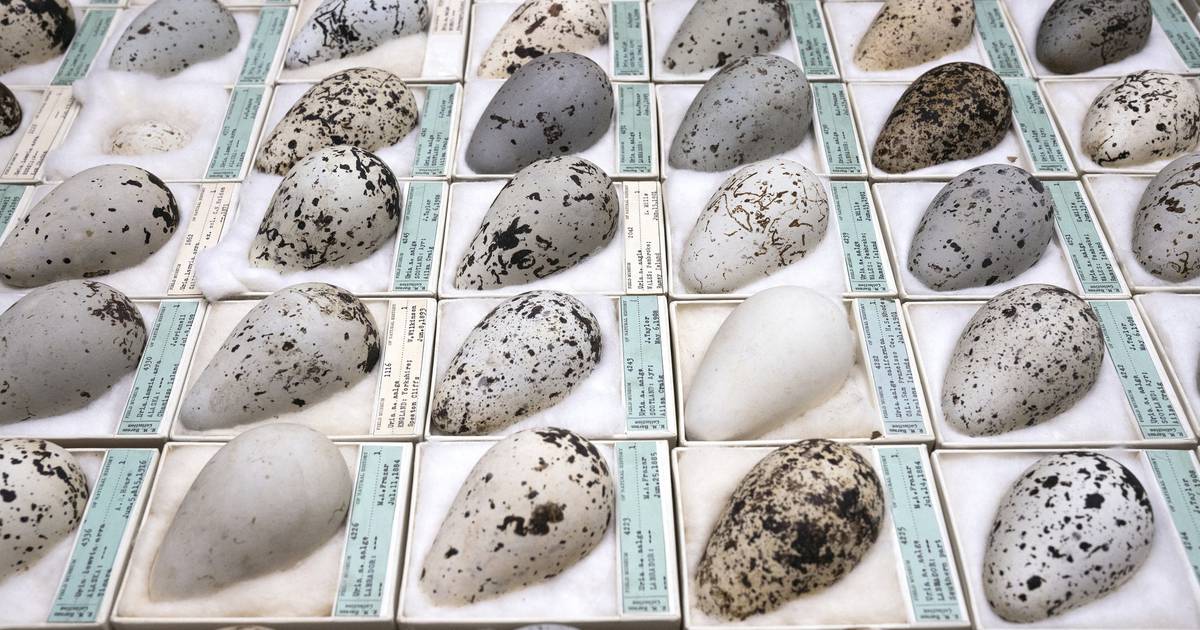 As plants, animals and insects adapt to warmer and wetter conditions in Illinois, birds are also responding to a changing climate, researchers found.

That's not climate change, it's just the hot housing market.
Reactions: lucas80
You must log in or register to reply here.

The 'mortality gap' between Republican and Democratic counties is widening, study says. Here's why.