The liberal justice denied Detective Anthony Marciano's request for a stay of the vaccination requirement while an appeal over his claims continue in a lower court. A federal judge threw out Marciano's case in March.


Sotomayor is the justice designated by the court to act on some matters arising from New York and certain other states.

Marciano argued that neither state nor federal law allows government officials to impose vaccines on adults without "informed consent," telling the justices in a legal filing that "he cannot and will not assume the health risks associated with an illegal, experimental" vaccine that he "does not need."


The COVID-19 vaccines authorized by the U.S. Food and Drug Administration have been strongly recommended by federal health officials and public health experts and are not considered to be experimental. But many Americans have refused to get vaccinated.

Marciano remains on active duty while he appeals the denial of his vaccine exemption request. The city's health department ordered the mandate in October 2021. In February of this year, 1,430 municipal workers were fired for failing to comply.


Marciano filed his lawsuit last December in a state court. After the case was moved to Manhattan federal court, U.S. Judge Jed Rakoff dismissed the case in March.

Rakoff rejected the argument that adults may not be targeted for vaccination or that the mandate violates Marciano's "right to bodily integrity" under the U.S. Constitution's 14th Amendment guarantee of due process.

In January, the U.S. Supreme Court blocked President Joe Biden's COVID-19 vaccination-or-testing mandate for large businesses - a policy the conservative justices deemed an improper imposition on the lives and health of many Americans - while endorsing a separate federal vaccine requirement for healthcare facilities. 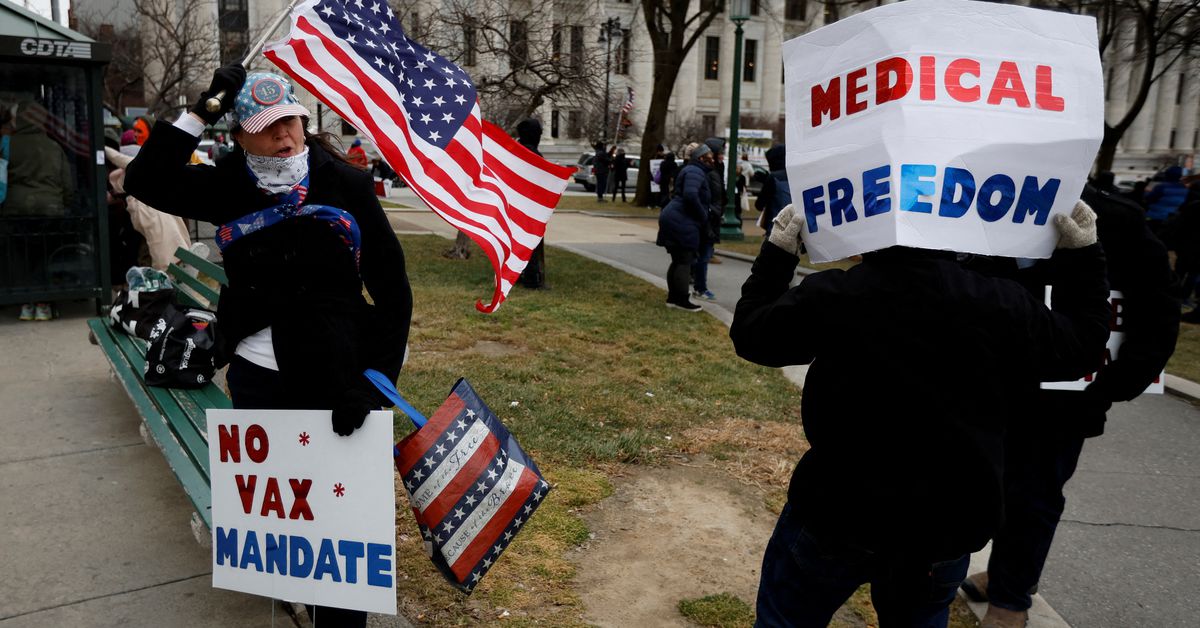 U.S. Supreme Court Justice Sonia Sotomayor on Monday declined to block New York City from enforcing its mandate that all municipal workers be vaccinated against COVID-19, rebuffing a police detective who challenged the public health policy.

Kyrie Irving about to get a bunch of money paid back by the Brooklyn Nets?
Cost him half a season last year.

Pinehawk said:
Kyrie Irving about to get a bunch of money paid back by the Brooklyn Nets?
Cost him half a season last year.
Click to expand...

this doesnt apply to private employers and was already stayed pending appeal.

Why wouldn't it apply? The city government forced that mandate on private employers.

Pinehawk said:
Why wouldn't it apply? The city government forced that mandate on private employers.
Click to expand...

because the suit was only on behalf of government workers
Reactions: Pinehawk
You must log in or register to reply here.

Off Topic Wednesday at 7:36 AM
RileyHawk
R