The road to recapturing U.S. House and Senate majorities and “restoring common sense” in Washington, D.C., to fight inflation, combat rising crime and secure the U.S.-Mexico border runs through Iowa, according to a slate of Republican speakers.


“She’s a conservative mom not afraid to push back against the liberal elite,” Iowa Gov. Kim Reynolds said to a boisterous crowd gathered at a rally Sunday at the Linn County Fairgrounds in Central City for U.S. Rep. Ashley Hinson’s re-election.


Scott, a prospective 2024 Republican presidential candidate, has kept up a regular presence in Iowa.


“Tim Scott for president!” one attended shouted during Scott’s remarks.“


“No common sense,” one woman yelled from the crowd.


“Can I get an amen?” Scott responded.


“Ashley Hinson represents that common sense that leads to common ground and working … for all people in this country and every single person in this state,” Scott told reporter following the campaign event.


The claim misrepresents a 2021 U.S. Treasury Department report estimating that around $80 billion in funding would allow the IRS to incrementally hire nearly 87,000 employees by 2031. Most of those hires would be replacements for workers retiring from existing positions, including not only IRS enforcement agents, but also customer service and technology specialists. According to the Treasury Department, audit rates for those earning less than $400,000 in actual income will not rise.


Nevertheless, speaker after speaker — including Hinson — railed against “radical” policies from the Biden administration and congressional Democrats that spend more money on priorities Iowans don’t need or want.


“I think this is about opportunity, but it’s also about contrast and what’s on the ballot of President Biden’s and Speaker Pelosi’s agenda of higher inflation, open borders and crime on the rise in this country,” Hinson told reporters following her remarks. “That is on the ballot in November. And our contrast is a future that is free, a nation that is safe, an economy that’s strong and a government that’s accountable.”


While inflation cooled somewhat in July, it remains high and an economic recession remains a looming possibility. However, Biden and Democrats have racked up recent wins with the signing into law a climate and prescription-drug package and Biden’s announcement of a student loan forgiveness plan, following through on some of his biggest campaign promises and long-held objectives of Democrats. Congress has also sent him bills that impose strict limits on guns and set out a plan to boost U.S. high-tech manufacturing, and average gasoline prices — while still high — have fallen back below $4 per gallon.


At least one national politics forecaster sees the Eastern Iowa U.S. House race narrowing. Inside Elections this week changed its forecast of the race from “likely Republican” to “lean Republican.”


“I always run like I’m 10 points behind. I will not be outworked,” Hinson told reporters. “I think this is about listening to my constituents and listening to Iowans. If what they’re telling me holds true in November, I think you are going to see a Republican House.”


According to Hinson’s campaign, more than 750 people attended the BBQ Bash.


Unrig Our Economy, a product of Progress Iowa, flew a banner overheard and drove a mobile billboard near the entrance to the Linn County Fairgrounds as part of a five-figure ad campaign criticizing Hinson for voting against capping the price of insulin and against the Inflation Reduction Act — two examples it argues of Hinson putting corporations ahead of the needs of Iowans.


“While Tim Scott campaigns in Iowa instead of his own state, we’re here to remind Iowan families that Senator Scott was a cheerleader in the Senate for handing out billions in tax cuts to big corporations and the ultrawealthy while leaving the middle class out to dry. Scott’s record supporting policies that could jeopardize Medicare and Social Security, undermining unions, and calling to repeal the Affordable Care Act make abundantly clear how extreme and dangerous Scott and Republicans’ agenda is for working Americans.” 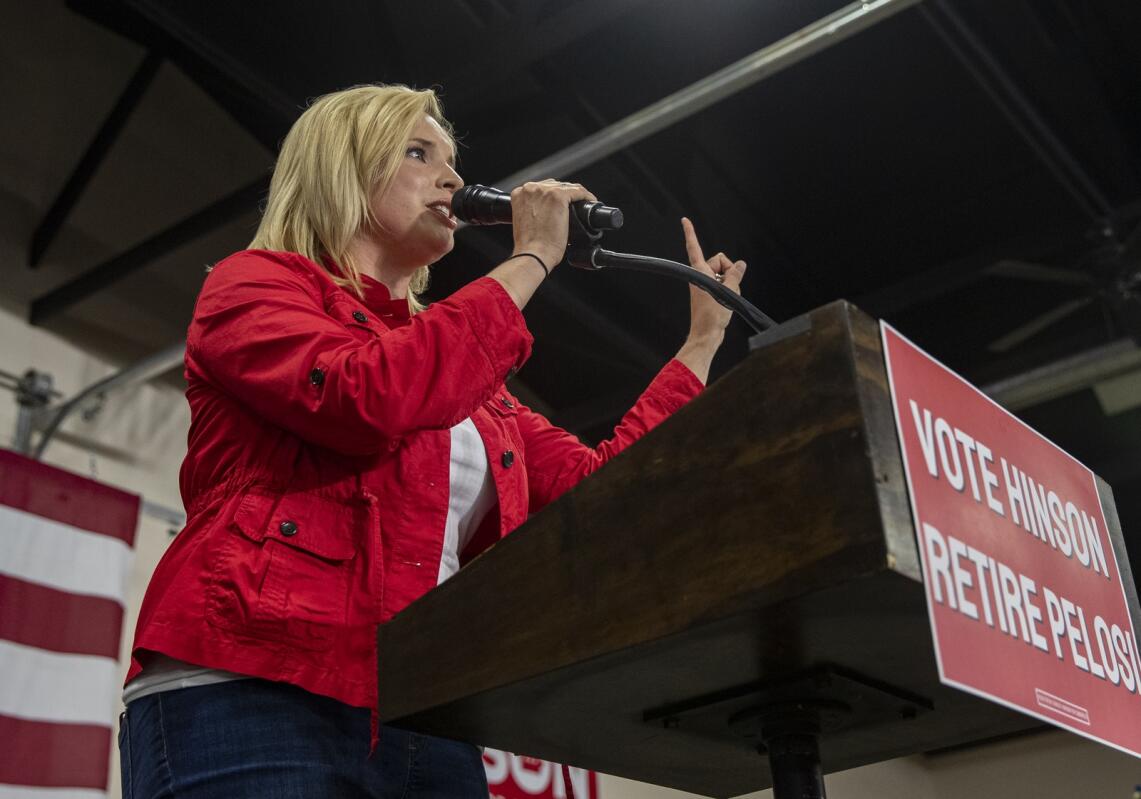 The road to recapturing U.S. House and Senate majorities and “restoring common sense” in Washington, D.C., to fight inflation, combat rising crime and secure the U.S.-Mexico border runs through Iowa, according to a slate of Republican speakers.

What part of that speech do you disagree with? You don't believe government spending during high inflation is wrong? Giving away a half a trillion dollars to rich white people for no reason? When people like you only care that the blue team wins and could care less what they do when in office is what is allowing the government to act without consequence.
You must log in or register to reply here.