The Iowa state auditor has found $17,146.65 in unaccounted for, improperly used, unsupported or missing donations and gifts meant for University of Iowa Hospitals and Clinics patients and families — largely those battling cancer — and evidence a former administrative specialist was behind the misuse.


Discrepancies and questions around Anna Maria Hernandez’s handling of donations, gift cards and purchases prompted UIHC officials to engage the Auditor of State in an investigation into its Care Coordination Division in February 2021, according to auditor’s office spokeswoman Sonya Heitshusen.


Hernandez, 41, of Iowa City, had been the division’s administrative services specialist since July 1, 2018, but assumed many titles since starting at UIHC in 2006 — including patient account representative, office coordinator and project assistant, according to the auditor’s special investigation.


Advertisment
When an office staff member in August 2020 told Hernandez about $1,350 in missing gift cards, Hernandez instructed the staffer “not to report it to the university’s Department of Public Safety.” After that same staff member determined Hernandez had removed $100 from a petty cash fund in October 2020 without leaving a receipt, the division dug deeper and found incomplete and missing gift card records, according to the audit report.


Although Hernandez didn’t provide many answers to questions about discrepancies, she did on one occasion blame her ex-boyfriend for logging on to her personal laptop — as she “regularly worked from home” — and making improper payments and purchases.


Hernandez made this accusation after investigators determined missing Visa gift cards meant for cancer patients under age 39 had been used at Walmart, gas stations, fast food venues and to make payments into the PayPal account of a “Ray Springer,” according to the state audit.


“According to staff we spoke with, Mr. Springer is a friend of Ms. Hernandez,” the audit reported, which said evidence makes it “apparent” the missing gift cards “were used for personal purposes.”


That evidence includes an 8:50 p.m. March 16, 2020, email to Hernandez from a man she told investigators was her ex-boyfriend. The email — which includes a slew of typos — reads as such:

“I have no phone and no one to turn to. They are closing all ythe casinos to night. Can you please Send 100$ to rays paypal. Th at way I can do the casino one tim. Please love you. Sorry ibsuck. Internet is spotty.”


Hernandez said she didn’t know Springer, that her ex “regularly made requests like the one included in the email,” and that she turned him down. When confronted with the Paypal charges on the missing gift cards, Hernandez said she regularly worked from home on her unsecure personal laptop.


“Somehow her ex-boyfriend got into systems or accounts that he should not have and made the payments improperly,” Hernandez told investigators, according to the report.


Given the division never bought virtual gift cards and all 16 Visa digits, an expiration date, and three-digit verification number were needed for transactions, “accessing information on Ms. Hernandez’s computer would not be sufficient to make a payment with the gift cards.”


“Physical access to the gift cards was needed to make purchases with them,” according to the report. “Division officials also reported Ms. Hernandez was not authorized to work from home and had not been granted remote access to the division’s systems.”


UI information technology staff told investigators university laptops and the UIHC system require several layers of authentication to access, and it's “unlikely anyone could access a university-issued computer or the university’s (virtual private network) without assistance of an authorized user.”


Hills Bank, in providing additional information for how missing gift cards were used, reported $1,207 in purchases from Prime Video and a $10 purchase from Paypal “Skillz,” a platform where mobile gamers can “use their skills to compete for cash and prizes.”


Division officials told investigators that patients could have used gift cards to make purchases from Walmart, Prime Video, Skillz, fast food restaurants and gas stations. But they also confirmed Hernandez and others had access to the gift cards “because duties were not sufficiently segregated,” making it hard to know if the missing gift cards were used improperly.


Hernandez, in an interview with investigators, “was unable to provide an explanation for the variance” in gift card records. She also failed to explain 126 missing gift cards valued at $9,725, which her division bought with donations from the Aiming for a Cure Fund, an Iowa City-based organization committed “to help children and their families that suffer from various forms of cancer.”


The audit found nearly two dozen unaccounted for gas cards donated by The Cancer Consortium Fund, founded in May 2020 as a COVID Cancer Patient Transportation Initiative meant to help cancer patients being treated at UIHC. Hernandez couldn’t provide an explanation.


“We also determined that the support maintained by the division had no evidence of independent review, patient request forms and tracking sheets were not consistently filled out, and all staff of the division’s administrative office had access to the fund request forms, the gift cards and the tracking sheets,” according to the audit.


They include an English translation of the Quran shipped to Hernandez’s home, a gas purchase in Lamoni, and payments to Backpocket Brewery, and a yoga studio, according to the audit.


One month after Hernandez resigned her position at UIHC, she was arrested on suspicion of misappropriating nearly $75,000 from the Fox Hallow Condominium Owner’s Association, for which she was the lone board member. According to a police report, she withdrew cash, wrote checks to herself, made wire transfers, and linked her Venmo, CashApp, and Paypal accounts to the association’s bank account.


She pleaded guilty to first-degree theft on Aug. 5, 2021 and received a three-year deferred judgment involving self-supervised probation. She also had to pay a civil penalty and damages to the owner’s association.


Among recommendations the state auditor has made to UIHC — to prevent future indiscretions — is shoring up its policies and procedures for buying, distributing and tracking its gift cards.


The division also failed to maintain receipts and segregate duties.


“We realize segregation of duties is difficult with a limited number of staff,” according to the audit. “However, the duties within each function listed above should be segregated between the administration office and other division officials.” 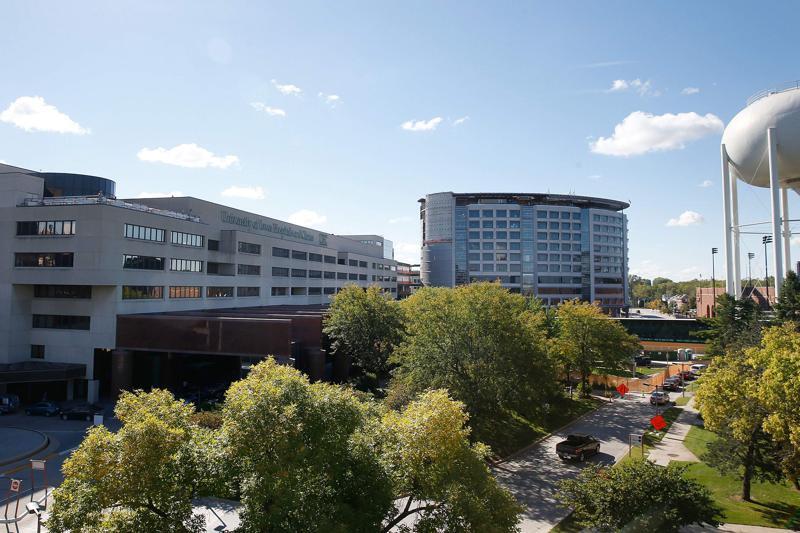 The Iowa state auditor has found $17,146.65 in misused or missing donations and gifts meant for University of Iowa Hospitals and Clinics patients and families — largely those battling cancer — and evidence a former administrative specialist was behind the misuse.

Smell another legal loss for Iowa’s dream team of lawyers.
You must log in or register to reply here.