After a surprise last-minute withdrawal of all opposition to a new Steindler North Liberty Ambulatory Surgery Center — including from a group of surgeons that previously vowed legal action — a state council Monday unanimously granted a certificate the project needs to proceed.


By granting the $19.2 million project a “certificate of need,” the five-member State Health Facilities Council cleared the way for construction of a new 35,880-square-foot ambulatory surgery center on 36 acres off Interstate 380 and Forevergreen Road in North Liberty.


The project will unfold just about 1.5 miles east of the North Liberty tract where University of Iowa Health Care is building a new $395 million, 469,000-square-foot hospital — which UIHC previously said will house orthopedics and inpatient orthopedics beds among many other things, like an emergency department.

Although construction on the UIHC project began months ago, the Steindler proposal projects completing its construction in November 2023 — more than a year before the university’s expected wrap date of spring or summer 2025.


Back in January, UIHC wrote the state about its concerns with the Steindler proposal, including that “construction of six new ambulatory (operating rooms) would duplicate existing, not fully utilized capacity at Mercy Iowa City and (the Iowa City Ambulatory Surgery Center).” UIHC also noted in its letter — which officials nonetheless characterized as “neutral” — that data “are not consistent with the need for either an additional ambulatory surgery center or a new orthopedic hospital in Johnson County.”

UIHC did not withdraw its letter, and it did not have anyone present to speak at Monday’s hearing on the Steindler application.


Steindler’s two loudest critics — the Iowa City Ambulatory Surgical Center and the Johnson County Surgical Investors groups — did withdraw their opposition just about an hour before the hearing.


“By this letter, Johnson County Surgeon Investors, LLC (‘JCSI’) hereby withdraws its opposition to the certificate of need sought by Steindler North Liberty ASC, LLC,” according to the same law firm representing the group that previously threatened legal action. “JCSI will not offer any presentation or comments at the March 7, 2022, meeting of the Health Facilities Council.”


State council members Monday questioned Steindler officials on the about-face of the opposition.


Attorney Robert J. Baudino Jr., representing the Steindler applicant, told the council he couldn’t say much about the change of heart from both the surgeon investors group and the Iowa City Ambulatory Surgical Center — a 13-year-old entity jointly owned by the Johnson County Surgeon Investors and Mercy Hospital in Iowa City.


Because 13 of Steindler’s physicians are part owners of the investors group, they signed agreements not to own, operate, manage, finance, lease or invest in any other ambulatory surgery center in Johnson County — or provide management services to a competitor. The investors group had said it planned to enforce those restrictive covenants, if necessary, through legal action — potentially blocking Steindler North Liberty from materializing.


“The very simple answer is that those issues have been resolved,” Baudino said Monday. “They no longer exist.”


He added, “There are confidentiality provisions, in terms of what was agreed to” and he would only confirm that “the parties have reached a resolution.”


Baudino did confirm Steindler surgeons committed to keep using the Iowa City Ambulatory Surgical Center until their new North Liberty site opens — but not after.


“For a period of time, the Steindler surgeons will continue to use ICASC,” he said. “But the ultimate plan, when you get to 2024, is that the joint replacements that are done today at the ICASC will be done at the (Steindler North Liberty Ambulatory Surgery Center).”


Council member Brenda Perrin asked if the Steindler facility would compete or collaborate with the new UIHC hospital in North Liberty. Baudino said Steindler surgeons aren’t privileged to practice at UIHC. But he also said UIHC officials have made it clear they’re not in competition with Steindler, Mercy Iowa City or any other community providers.


“They made it very clear that the project they're developing in North Liberty is a tertiary-quaternary hospital that will help them train physicians,” he said. “It was not to provide community care. … So we don't see that this project competes or will take away from Iowa and what they are doing, and what you have approved them to do, because they are responding to different populations.”


Mercy Iowa City in February announced a new partnership with Steindler to help develop the North Liberty campus. But officials during Monday’s hearing didn’t explicitly cite that as a reason for the opposition withdrawals. Rather, its acting President and Chief Executive Officer Mike Trachta read a statement.


Ryan Heiar, city administrator for North Liberty, told the council he’s happy to support both the Steindler and UIHC projects.


“I support the Steindler project in North Liberty for many of the same reasons I supported UIHC,” he said. “These projects complement one another. As we heard UIHC state in their application last year, community health care options are crucial to the health care system. UIHC is a teaching institution and offers our state specialty care, while Steindler’s facility would provide very efficient, high-quality and affordable orthopedic care in Eastern Iowa in the tri-state area.”


He praised the new Steindler project for serving as “a catalyst for growth and development in North Liberty’s southwest quadrant.”


“It should also be noted that this facility will add to North Liberty's tax base,” he said. “It is estimated that the new clinic and surgery center will pay approximately $600,000 annually in property taxes that support the city, the county and the school district.”


Steindler Orthopedic Clinic President and CEO Patrick Magallanes told The Gazette — in addition to the new ambulatory surgery center — he expects to open a new Steindler clinic on the North Liberty site by 2024.


Work on the site should start in June or July, according to Magallanes, who said Steindler also recently received a letter of intent from a buyer for its existing building in Iowa City. 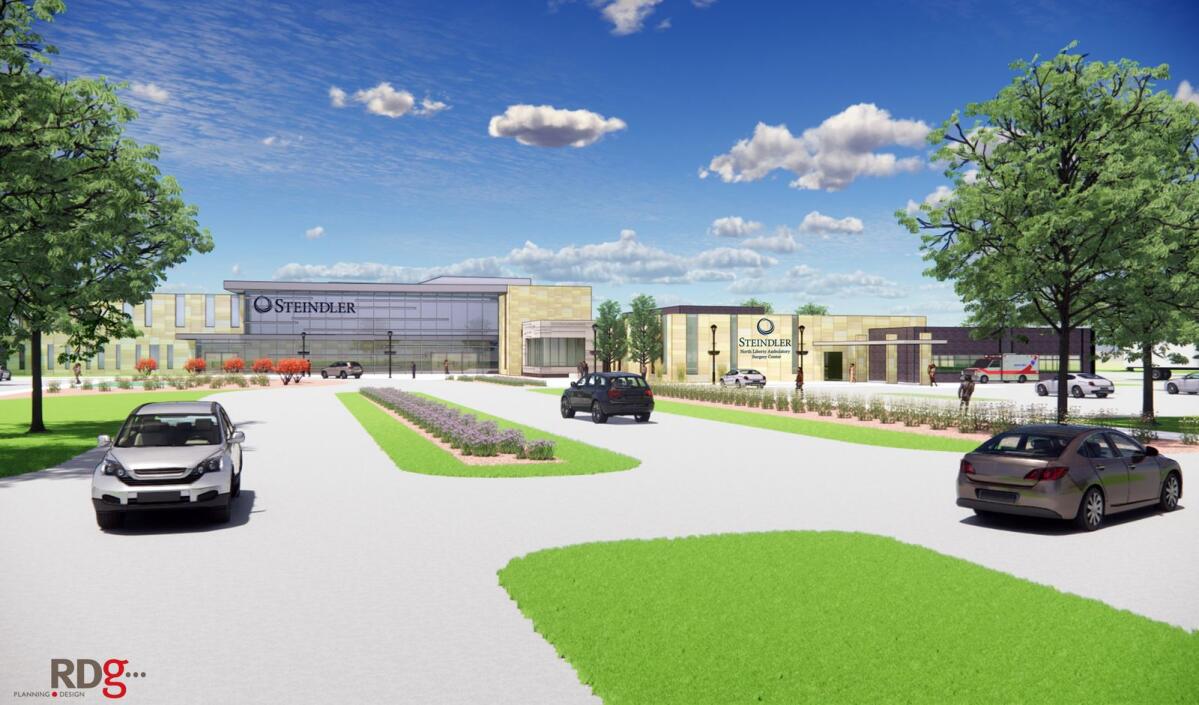 After a surprise last-minute withdrawal of all opposition to a new Steindler North Liberty Ambulatory Surgery Center – including from a group of surgeons that previously vowed legal action to halt the endeavor – a state council Monday unanimously granted a certificate the project needs to proceed.

Off Topic Wednesday at 11:03 AM
onlyTheObvious