University of Iowa Health Care on Tuesday got state approval to continue building a massive 469,000-square-foot hospital campus in North Liberty as planned — despite a more than 33 percent cost overrun, bringing the total project budget to more than half a billion dollars.


The State Health Facilities Council — which in August 2021 approved a “certificate of need” for the $230 million, 300,000-square-foot hospital portion of the larger campus — voted 3-1 during a Tuesday morning meeting to allow the project to continue with a revised $307.1 million budget.


In total, UIHC reported inflation has driven up the budget for its full North Liberty project — which includes an academic, research, and clinic building — to more than $525.6 million, an increase the Board of Regents approved in July.

State Health Facilities Council Chairman Harold Miller on Tuesday was the only member of the four-person group to vote against the UIHC budget hike — voicing disappointment the university didn’t better anticipate and budget for inflation, which started its steep ascent between UIHC’s first denied application and its second approved revised version.


“We heard this proposal twice in 2021, and we had the same price both times,” Miller said during Tuesday’s meeting. “I have a little bit of difficulty believing that suddenly these problems were perceived at this point in time, and in 2021 we were not perceiving any problems regarding construction costs, etc.


“Because many of the issues we're discussing were present in 2021,” he said.


UIHC submitted its first request for a state certificate to build a $230 million hospital in North Liberty in February 2021 — an ask that was denied after hours of testimony from opponents accusing UIHC of veering into the community health care lane.


UIHC in August 2021 came back with a similar $230 million proposal — absent any mention of orthopedics and more emphasis on its tertiary and quaternary care mission — and received approval.


Between February and August 2021, the consumer price index for all items surged from 1.7 percent to 5.3 percent — with inflation continuing its climbs to 9 percent this summer, according to the U.S. Bureau of Labor Statistics.

Looking just at commodity prices over that six-month period in 2021, rates increased from 1.3 percent to about 8 percent. Electricity prices during that time jumped from 2.3 percent to 5.2 percent, according to the labor statistics bureau.


“So I am troubled by the fact that we had no change in estimated costs between the two submissions in 2021,” Miller said.


“I'm a little bit disappointed that they didn't account for some of the inflation that was coming at us already a year ago into this budgeted amount of $230 million,” she said. “They haven't even gotten very far. We're still talking a couple more years yet of construction, and how many more budget increases will there be before this project is complete?”


“Our contracting process that we use is a guaranteed maximum price, and that's what we're representing to you today,” she said. “That would mean that if any inflation or other factors were to increase the price of it, that would be borne by JE Dunn, the construction manager at risk, not by UIHC.”


UIHC, according to Board of Regents documents, chose JE Dunn Construction of Des Moines to serve as its at-risk construction manager in December 2020 and signed an initial $13.7 million agreement in January 2021 for preconstruction and construction phase services.


“By the time the construction manager at risk contract had been finalized, much of that (inflation) had continued to compound,” UIHC Associate Vice President for Legal Affairs Joseph Clamon said.


Clamon said “no one could have anticipated or didn't anticipate” inflation on the level seen in recent months. Additionally, he said, the construction manager at-risk model requires an “educated guess about what will happen between now and the close of the project at the end of 2024.”


“As a result, they may build in continued inflation at a higher rate than we actually intend to experience, which is the radically high amount we're having now,” he said. “In fact, if you talk to most economists, what has continued to be estimated to occur is that in fact inflation is expected to go down.”


To that point, council member Kelly Blackford asked UI officials to confirm, “There is no plan to reach 33 percent. The plan is, at this point, to be well under that.”


“That is the spirit of the guaranteed maximum price,” UIHC CEO Hunter said. “Our intent and extreme hope is that the pricing comes in definitely below this amount. But we wanted to bring this to the council for consideration, just with all transparency.”


In requesting the bigger budget, UIHC officials confirmed the scope and size of the project hasn’t changed — although Hunter noted the university did commission a traffic study for the area near its North Liberty build at the intersection of Highway 965 and Forevergreen Road.


“After the building was designed and placed on the site, we requested a traffic study be completed to understand the impacts of traffic,” Hunter said, revealing findings that a signal or lane might be needed — compounding budget increases.


Although UIHC needed state approval to continue its work, Hunter reported the project remains on track for completion in December 2025, with a grand opening in July 2025.


“We are pleased to continue moving forward with the construction of the University of Iowa Hospitals & Clinics facility in North Liberty to meet Iowa’s need for additional accessible, high-quality, complex care,” Hunter said in a statement after receiving state approval Tuesday. “Like anyone who visits the gas station or grocery store, we’re all subject to increased costs right now due to inflation, increased labor costs, and supply chain issues.


“Both the State of Iowa Board of Regents and State Health Facilities Council approved the revised budget for construction, allowing us to continue to anticipate and meet the future increased health needs of Iowans, even in this more challenging economic environment.”


Only one person spoke in opposition to the UIHC budget hike — Michelle Niermann, president and chief executive officer of UnityPoint Health in Cedar Rapids.


“We believe the events since you approved the project on its second hearing almost a year ago today validate our opposition,” Niermann said of concerns voiced by regional hospitals in 2021, accusing UIHC of seeking growth primarily to cut into their market share and compete.


UIHC fought those accusations and said it aimed to address capacity concerns in its mission to treat the state’s sickest patients, and Niermann referenced on Tuesday additional projects UIHC has in the works or in its long-range plans to expand its existing inpatient tower and build a new one on its main Iowa City campus.


“In this full context, the intent of the North Liberty project could again seem to some like more of a market growth opportunity in competition with existing community hospitals and health systems, rather than as primarily an extension of core mission,” she said.


“But it's not necessarily equivalent to need, particularly when those same services are already offered in communities throughout Eastern Iowa,” she said. 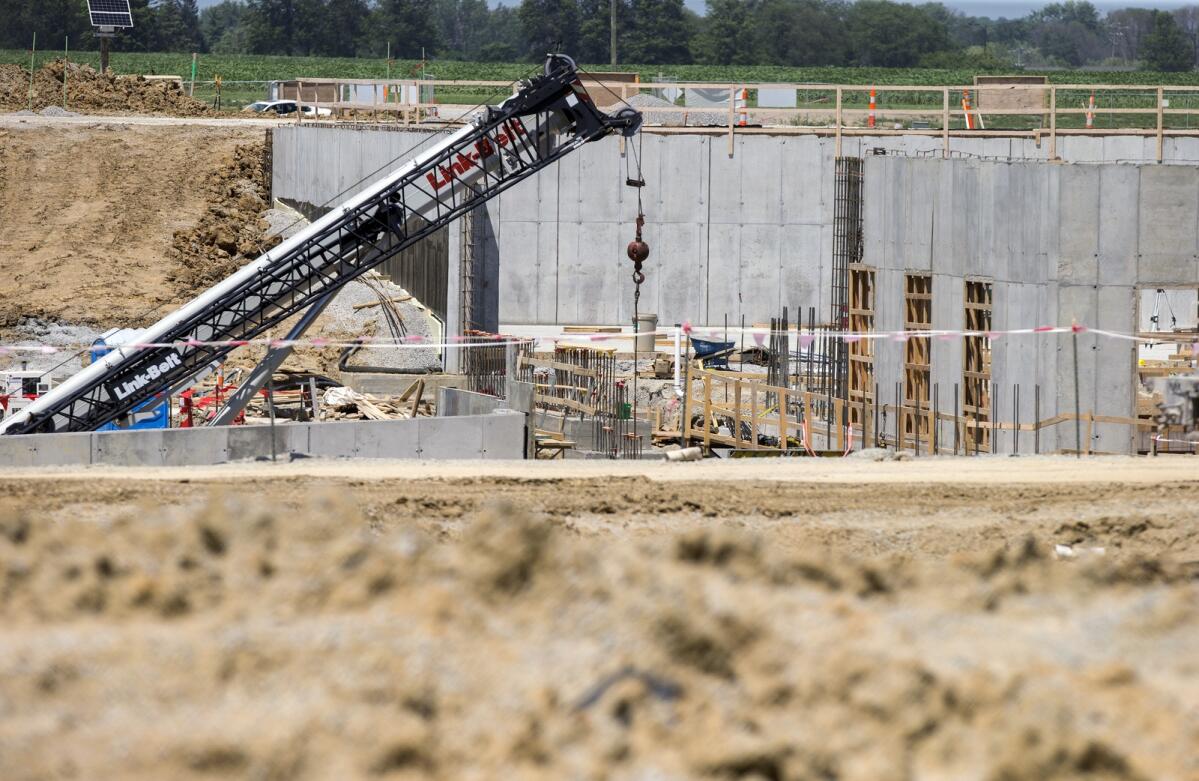 University of Iowa Health Care on Tuesday got state approval to continue building a massive 469,000-square-foot hospital campus in North Liberty as planned – despite a more than 33 percent cost overrun, bringing the total project budget to more than half a billion dollars.

To be fair, there's enough work already done that they're pretty much committed to it at this point.
Reactions: cigaretteman
You must log in or register to reply here.