The state has agreed to a $7.5 million medical malpractice settlement after a 41-year-old Davenport man suffered severe life-limiting impairments following care at the University of Iowa Hospitals and Clinics for a bleeding brain tumor about five years ago.


The State Appeal Board on Monday is scheduled to consider the settlement — it’s first of the new budget year, which began July 1. Although Iowa’s Office of the Attorney General assigned 75 percent of the payment to UI Physicians — a UI-based medical and surgical practice — the group has a $5 million cap per claim.


Thus, the state agreed to pay $2.5 million instead of $1.9 million from its general fund toward the $7.5 million total granted for injuries past and future to Christopher Dolan and his wife Wendy Dolan.

In lawsuit-related settlements for the budget year that just ended, Iowa paid a total $22.3 million — including $6.1 million involving Board of Regents institutions, like UIHC.


According to the new settlement being considered Monday, Dolan — now 47 — is wheelchair bound and requires 24-hour care.


“His speech, motor, bowel and bladder functions are compromised, and his right leg and arm are spastic and paralyzed,” the settlement reported.


His family has incurred bills for care, medications, and life-supporting equipment. His wife, an oncology nurse, has had to cut her work hours to care for her husband, according to a lawsuit she filed in August 2020.


According to that lawsuit against the State of Iowa for its governance of UIHC, Christopher Dolan went to the emergency room at Trinity Medical Center in Bettendorf on Dec. 26, 2016 with a monthlong temporal headache, nausea, vomiting, right eye pain, weeks of visual blurring, and light sensitivity.


A CT scan showed a probable tumor and Trinity arranged a transfer to UIHC. They offered an ambulance, but the couple opted to drive and Dolan was admitted to the UIHC emergency room at 1:55 a.m. Dec. 26.

Labs indicated a pituitary tumor, and an MRI revealed a 3 cm-by-3 cm mass. UIHC discharged Dolan with instructions to follow up with UIHC neurosurgery in two weeks. But the next day, according to the lawsuit, Dolan was back at the Bettendorf ER with a worsening headache and vomiting.


Trinity discharged him with prescriptions and directed him to UIHC if symptoms worsened. They did, according to the lawsuit, and he returned to UIHC at 11:30 p.m. Dec. 27 with a severe headache, projectile vomiting, double and blurred vision, and eye pain.


Another CT scan reconfirmed the large pituitary mass, “with a concern of elevated intracranial pressure and a rapid expansion of the tumor to bleeding,” according to the lawsuit.


But UIHC discharged Dolan early Dec. 28 and told him to follow up with neurosurgery.


The next day, after calling UIHC about worsening symptoms, Dolan went to the UIHC ER with a “temporal headache rated 10/10 directly behind his eyes and extremely sharp,” according to his lawsuit. He couldn’t keep food or medicine down, and an MRI showed the tumor had grown and begun to hemorrhage. Dolan was admitted to UIHC, and surgery to remove it was scheduled for the next morning, according to the lawsuit.


At 11:48 a.m. Dec. 30, Dolan went into surgery and four doctors performed a “transsphenoidal resection of the pituitary tumor.” While removing the tumor, physicians determined it had destroyed Dolan’s sellar bone and eroded and filled his left sinus.


“The tumor was removed in piecemeal fashion,” according to the lawsuit.


In recovery, Dolan was nonresponsive and an MRI of his brain demonstrated damage.


“Christopher thereafter had a stormy postoperative course with altered consciousness and gross neurological deficits,” the lawsuit reported. “He required a tracheostomy, feeding tube, and suffered multiple complications due to his severe neurological injury.”


He ultimately was discharged from UIHC more than a year later on Jan. 17, 2018 “with ongoing major neurological deficits,” including speech disturbance, paralysis, and other severe life limitations.


Dolan remains unable to care for himself and needs full-time assistance, according to the lawsuit, which accused UIHC of negligence by:


In responding to the lawsuit, UI and state attorneys called allegations an “incomplete summary of the extensive and detailed medical records”; suggested the Dolans failed to exhaust administrative remedies and procedures; and said something else could have contributed to Dolan’s problems.


“Plaintiff may have failed to mitigate damages,” according to the state’s answer. “And any recovery by plaintiff should not include any loss which could have been prevented by reasonable care and diligence.”


The state suggested Dolan’s injuries “may have been caused by forces, acts, omissions, events, preexisting conditions, or causes outside the control of defendant.”


“Plaintiff’s claimed injury and damages may have been caused in whole or part, by the conduct of other persons, or entities over which this defendant has no control,” according to the lawsuit, which the state has settled for $7.5 million. 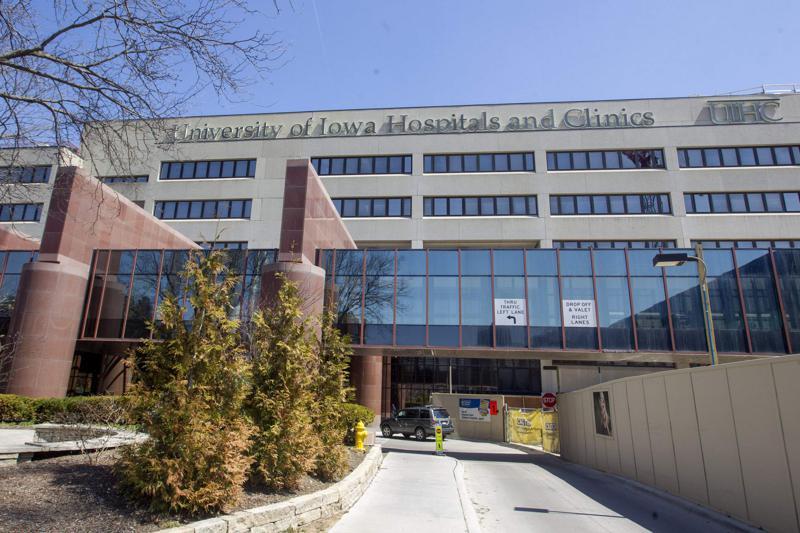 The state has agreed to a $7.5 million medical malpractice settlement after a 41-year-old Davenport man suffered severe life-limiting impairments following care at the University of Iowa Hospitals and Clinics for a bleeding brain tumor about five years ago.

“His speech, motor, bowel and bladder functions are compromised, and his right leg and arm are spastic and paralyzed,” the settlement reported.


I will not ‘live’ like that.
If, due to circumstances beyond my control, I am compelled to ‘live’ like that I will put all my energies into haunting through eternity all of those responsible.

Sad
Reactions: cigaretteman
You must log in or register to reply here.