The state has agreed to pay a North Liberty couple nearly $4 million after their almost 2-year-old son died in 2018 from an undiagnosed strep infection following days of visits to University of Iowa-affiliated clinics and facilities — including a UI Quick Care and the UI emergency room.


The State Appeal Board on Monday unanimously approved a $3.99 million settlement with Scott and Melissa Keating, who in 2019 sued the state, UI Children’s Hospital and its affiliated Pediatric Associates and then in 2020 sued a UI nurse practitioner and UI Community Medical Services for negligence in the same incident.


UI Physicians — a UI Carver College of Medicine-based medical and surgical clinical practice including 1,000-plus physicians — will cover two-thirds of the settlement, or $2.7 million. The $1.3 million balance will come from Iowa’s general fund, according to the settlement.

“The defendants and their employees and agents that interacted with and provided medical evaluation, assessment, care, treatment and advice to (the child) and the Keatings with respect to (his) medical condition were negligent and violated the standard of care,” according to the couple’s lawsuit.


The family’s concerns started in February 2018, when Jack Keating — who was just days away from his second birthday — came down with a fever and raspy breathing, according to the couple’s lawsuit. They took him to a UI Quick Care in North Liberty on Feb. 15, 2018, where he was seen by an advanced registered nurse practitioner and diagnosed with croup.


The boy received a dose of a steroid at that time and went home. That night, at 1:25 a.m. Feb. 16, the child awoke with a fever topping 104, prompting his parents to call a UI nurse line.


A UI-affiliated doctor advised the couple to rotate giving their son Tylenol and ibuprofen, along with cool baths, according to the lawsuit. In the morning, at 8:30 a.m., the parents took him to UI-affiliated Pediatric Associates, where a physician diagnosed him with “fever” and possible constipation and sent him home with instructions for a liquid laxative.


“Because JPK was showing no improvement and his cough was in fact worsening, the Keatings took JPK to the UIHC emergency department at approximately 2:30 p.m. on February 17, 2018,” the lawsuit reported. “After an examination by doctors in the emergency room, the Keatings were advised that JPK's lungs were ‘great’ and there was ‘no concern for pneumonia or any secondary infections.’”

The family went home around 3:30 p.m. with a diagnosis of “upper respiratory infection” and a dose of ibuprofen. The parents were told to keep rotating Tylenol with ibuprofen until the illness ran its course, according to the lawsuit.


Not a full two days later, at 6:08 a.m. Feb. 19, the Keatings phoned an on-call nurse over concerns the boy was struggling to breathe. They were told to either call 911 or drive the child to the emergency room, “if they felt they could safely.”


The parents immediately started driving Jack to the UIHC emergency room, and he became unresponsive on the way. His mom tried to resuscitate him, and when they arrived at 6:27 a.m. the child was in “full cardiopulmonary arrest.”


“Resuscitative efforts were unsuccessful and JPK was pronounced dead at 6:49 a.m. on February 19, 2018,” according to the lawsuit.


His cause of death was “overwhelming undiagnosed Group A Streptococcus infection,” which the U.S. Centers for Disease Control and Prevention reports can manifest in minor to deadly illnesses — from strep throat to toxic shock syndrome or rheumatic fever.


The Keatings in their lawsuit accused UIHC and its employees of negligence and failure to, among other things, properly assess, examine, test, diagnose and treat their son in a timely manner.


With the settlement, the Keatings released UIHC and its medical personnel from any and all liability related to their son’s death. According to the agreement, the payment doesn’t constitute an admission of liability. 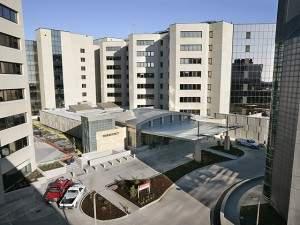 The state has agreed to pay a North Liberty couple nearly $4 million after their toddler son died in 2018 from an undiagnosed strep infection following days of visits to University of Iowa-affiliated clinics and facilities.

It doesn’t minimize the loss, but that’s too many people missing things for UI to not compensate the parents. Maybe I’m not reading it clearly enough, but what tests were run?
You must log in or register to reply here.