The Big Liar and His Losing Little Liars

By Thomas L. Friedman
Opinion Columnist
Sign up for the Opinion Today newsletter Get expert analysis of the news and a guide to the big ideas shaping the world every weekday morning. Get it sent to your inbox.
I got a little emotional voting this year.
First, I went to the wrong neighborhood school, where a poll worker carefully searched for my name and then explained that I was registered at the Bethesda elementary school down the road. When I got there, a team of volunteers — my neighbors, from eager 20-somethings to gray-haired retirees — patiently explained how to mark the paper ballot. When my cellphone suddenly rang, they practically strangled me: “Shut that off!!!”
This was the best of America — these people, this process, carried out with integrity and solemnity. What a privilege to be able to vote this way.
And what an absurdity that it was these very same people and this very same process that Donald Trump spent the past two years smearing and undermining, managing to bring a majority of his party along with him in his giant, fraudulent claim that the 2020 election was stolen from him.
But wait — where was Trump last week?
Did you hear allegations by him or his lackeys that these midterm elections were stolen from his handpicked candidates? Other than some baseless claims by Trump here and there, including that the failed Arizona candidate for governor Kari Lake (a clownish Trump impersonator) was being cheated, there wasn’t much. Trump instead spent most of his energy denigrating some of his anointed candidates and blaming his wife and others for persuading him to endorse the bizarre collection of election-denying sycophants who became Team Trump in this election and lost almost every big race.
Advertisement
Continue reading the main story


The fact that Trump is not today filing lawsuits on behalf of each one to try to prove election fraud speaks volumes. It’s Trump basically telling them all:
“Sorry, this lie about stolen elections only pertains to me. There is only room for one martyr in this party. You don’t get to use my lie in your state elections. I only backed unprincipled, ambitious people — like you, J.D. Vance and Mehmet Oz and Doug Mastriano and Adam Laxalt — to amplify my lie in order to prove I’m not a loser. I can never be seen as a loser. If you’re losers, it’s your fault.”
That also explains why most of the election deniers who lost, like Oz, simply conceded and did not claim fraud. Why not raise a ruckus, Mehmet? Hey, J.D., why aren’t you alleging that your Republican colleagues lost because their elections were “rigged,” the way you did for Trump? What about you, Doug? What was it you said on Sunday when you conceded losing the governor’s race in Pennsylvania: “Difficult to accept as the results are, there is no right course but to concede, which I do.”
What? Why is that the right course today, but it wasn’t the right course for Trump two years ago?
Because none of you ever believed Trump’s lie to begin with, so you never dared deploy it in your own elections!
You were just renting Trump’s lie on the belief that it was your golden ticket, your easy shortcut, to victory. You thought you could echo Trump’s lie, get elected with the votes of his supporters and then just drop it. Now that most of you have failed to get elected on election denialism, you want us to forget how you shamefully tried to exploit that lie to gain power, while you slink away.
No, no, a thousand times no.
We must never, ever forget the damage that Donald Trump and his cynical imitators, cult followers and media amplifiers did to the reputation of our democracy, the reverence for its institutions and the unity of our society by perpetrating this Big Lie. Alone it was a shameful travesty — but to do it in the midst of a hugely stressful pandemic, when we needed more than ever to trust one another, look out for one another and work with our government to stem Covid, was criminal. 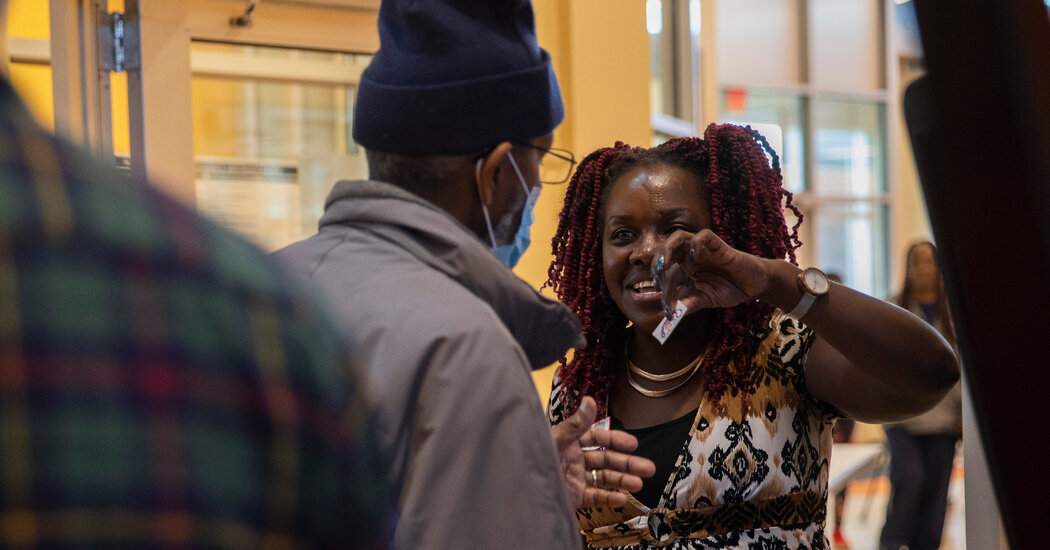 Opinion | The Big Liar and His Losing Little Liars

Most election deniers who lost last week have conceded and did not claim fraud. That doesn’t absolve them from embracing Trump’s Big Lie in the first place.

I don’t think we fully understand the damage this has done to our social fabric and political system. It tore apart families at Thanksgiving dinners. It sundered longstanding friendships. It divided neighborhoods, City Councils, state assemblies, PTAs, boardrooms and newsrooms. And it distracted our whole country from the work of nation-building at home, making it next to impossible to do anything big and hard together.
It not only sullied our nation’s reputation as a democracy but also motivated a mob on Jan. 6 to storm our nation’s Capitol — with the expressed aim of overturning the election. Five Capitol or Metropolitan Police officers died in connection with that attack. Many of the rioters made clear afterward that they were motivated by that Big Lie. The extremist who attacked Paul Pelosi, the husband of House Speaker Nancy Pelosi, in their home was marinated in election conspiracies.
It also empowered autocrats like Russia’s Vladimir Putin and China’s Xi Jinping and phony democrats like Hungary’s Viktor Orban to strut around boasting that their own people will never have to worry about the “chaos” that democracy and voting bring.
Big Liar Trump, and all the little liars who surfed his scam for fun and profit — particularly Rupert and Lachlan Murdoch, Tucker Carlson, Sean Hannity and virtually the whole Fox crew — have done incalculable damage to our country. Shame on every one of you.
And Trump now has the gall, the rancid shamelessness, to stand amid this bonfire of lies, hate and broken relationships that he ignited and declare that he’s running for president again?
And now the Murdoch crew, after indulging this fraud for two years, has the gall to say, “Well, maybe we should move on to Ron DeSantis” — without any accounting for what they enabled? No, sorry. History will not be kind to you.
As David Axelrod, a former adviser to President Barack Obama, put it on CNN.com about the abandonment of Trump by some Republican politicians now that he’s become a loser: Watching their “exodus from his camp, led by Rupert Murdoch and his right-wing media empire, has been something to behold. For them, trespasses against democracy and decency may be tolerated, but losing cannot.”
Advertisement
Continue reading the main story


It’s why, for the first time in a long time, I now feel some hope for the American political system again. Since Trump came down that escalator in 2015, the G.O.P. establishment has tried to have it both ways: harvest the votes from Trump’s base and avert their eyes from his shameful behaviors, even his denigration of our electoral system. Trump could never go too low for them because they were addicted to the votes of his base.
Well, a majority of Americans just established a floor. Or as Nick Corasaniti of The Times reported: “Every election denier who sought to become the top election official in a critical battleground state lost at the polls this year, as voters roundly rejected extreme partisans who promised to restrict voting and overhaul the electoral process.”
Sure, most of Trump’s cult followers still embrace his lie, because openly abandoning it in front of family, friends or co-workers is just too embarrassing. But the G.O.P. establishment is going to have to choose — keep losing with Trump or vote him off the island for DeSantis. Welcome to “Survivor: Florida.”
The best part is that this reckoning was delivered not by the G.O.P. leadership — they are cowards — but by the most important and quietly courageous people in this election.
It was delivered by everyday Americans: principled Republicans and Democrats and independents, young and old, voting against the Big Lie and its perpetrators in their local voting stations, just like mine, and our principled neighbors and fellow citizens who counted the votes carefully, fairly and honestly, just the way they always did — including in 2020.
Reactions: HawkMD, Hawk_4shur and Formerly Rockymtnole

Maga scum thinks the only way to make American great again, is to turn America into a 3rd world shithole autocracy. And maga scum wonder why I hate them.
Reactions: HawkMD, MitchLL, ParkerHawk and 4 others

CarolinaHawkeye said:
Maga scum thinks the only way to make American great again, is to turn America into a 3rd world shithole autocracy. And maga scum wonder why I hate them.
Click to expand...

You can't call a country a 3rd world shit hole, people get their feelings hurt, remember?

I'm sorry your feelings are hurt.

Until and unless he gets indicted, nothing will happen. And most law enforcement officials in the DOJ and even NY state are ball less.
Reactions: Whiskeydeltadeltatango

“Because none of you ever believed Trump’s lie to begin with, so you never dared deploy it in your own elections!”

Even the MAGATS who I know IRL, I am certain, don’t honestly believe it. They just like to say it and pretend they do. Sort of a shared mythology that helps bind them.
Reactions: fsu1jreed and cigaretteman

This shit is scary
H

Whitaker could be an AG candidate if Trump was in power.

Yes, I'm sure that's true 🤣
Reactions: THE_DEVIL
You must log in or register to reply here.

She said it was very sexy to be raped.