The body of Steve Asplund, a Moline man missing for 28 years, has been found in St. Louis County, Missouri.

he body of Steve Asplund, a Moline man missing for 28 years, has been found in St. Louis County, Missouri.
Police said Monday they believe Asplund went into the river on his own volition near the I-74 bridge, became entangled in a barge and was dragged down river.
Asplund, Moline, was last seen on Jan. 9., 1994, when he went to borrow a caulking gun from a friend. He was reported missing by his fiance on Jan. 10 and investigators found his car parked in Bettendorf to the east of the Interstate 74 bridge.
When they searched the car, police found no evidence of foul play and nothing that hinted at Asplund’s whereabouts, according to previous reporting.


The Moline Police Department announced the news Monday in a press conference.

The family made this statement:

"Thanks to all the media for shining light on Steve’s disappearance today, and over the past 29 years. The news, while bittersweet, will allow us some closure. We’ll still think of Steve every day, and miss him just the same, but these answers will provide comfort to us and his friends.

We would like to thank the hundreds of people who attended the vigils, and helped with searches we did when he first disappeared. The community support and concern has meant a lot to us, and we appreciate it more than we can possibly express.

We ‘d also like to thank the Moline Police Department, and all the detectives who have been involved over the years, but we would especially like to thank Detective Mike Griffin, who's been working with us for many years now. He has stayed in touch and communicated with us even when there wasn’t anything new to report. He’s a good man… and his compassion, and concern for getting us answers has always been obvious. We feel blessed that he became involved in the case.

We would also like to thank the Doctor of Forensic Anthropology for the St. Louis County Medical Examiner’s office, Dr. Lindsay Trammell and Forensic Scientist Aaron Small from the Illinois State Police. Without their assistance we might never have known what happened. Their work will allow us to bring Steve back home, and we thank you for that.

Thanks to everyone for your concern over the years, and know that it has been appreciated." 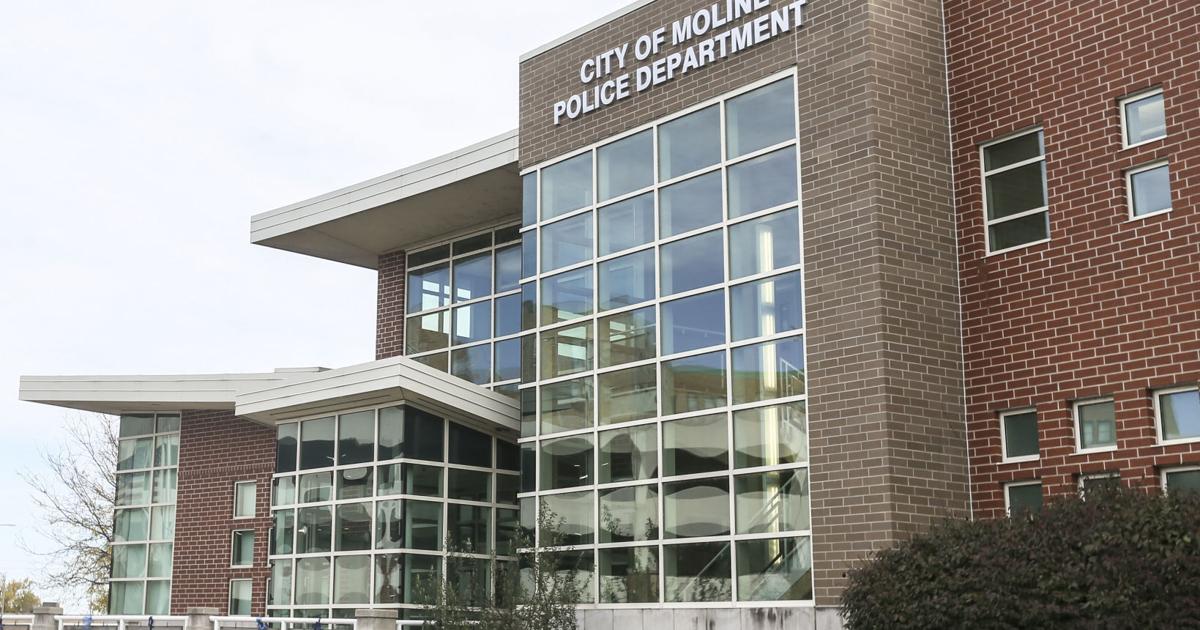 The Moline Police Department on Monday released more information on one of its cold cases.

Could have used more on how/where they found the bones. It’s asplunding they wouldn’t include that
Reactions: h-hawk, Theyset.theStage, McLovin32 and 2 others

Just jumped in to see if this story was treated with any sort of reverence or if we went right to the caulk jokes.
Reactions: Theyset.theStage, lucas80 and cigaretteman

Nearly 30 years later, Steve Asplund's family finally knows what happened to the missing Moline man.
Asplund was last seen Jan. 9., 1994, when he went to borrow a caulking gun from a friend. He was reported missing by his fiancée on Jan. 10, and investigators found his car parked in Bettendorf to the east of the Interstate 74 bridge.
There was no sign of Asplund.

On Monday, the Moline Police Department said that a body found in St. Louis County, Mo., a few weeks after Asplund disappeared has been confirmed to be Asplund. The identity was verified using a bone sample from the body, exhumed from a Missouri cemetery, and DNA samples from Asplund’s family.

“No foul play is suspected,” Moline Police Chief Darren Gault said during an afternoon news conference at the police department. “No charges are being sought in this case, and this concludes a missing person investigation that we have had since 1994.”

Barge dock workers along the Mississippi River found a body on March 21, 1994, in a debris field next to a barge. Investigators there attempted to identify the body but were unsuccessful.

The break in the case was the result of the work of Mike Griffin, a Moline police detective, in concert with officials in Illinois and Missouri, police said.

Griffin found information on the body during a 2021 search of the National Missing and Unidentified System, a database of unidentified remains that have been found along the river from Moline to Memphis, Tenn.


In 2022, Griffin began working with Dr. Lindsay Trammell, a forensic anthropologist working for the St. Louis County Medical Examiner’s Office. After other attempts to identify the body were exhausted, they had the body exhumed and recovered the bone sample.
Aaron Small, a forensic scientist with the Illinois State Police, analyzed the bone and DNA samples and the body was confirmed to be Asplund on Sept. 6.

Griffin said during the news conference that Asplund is thought to have entered the water likely on the night of Jan. 9, 1994, in Bettendorf.
Asplund’s body likely got entangled with a barge, and that is how it is thought it got to the St. Louis County area, Griffin said. 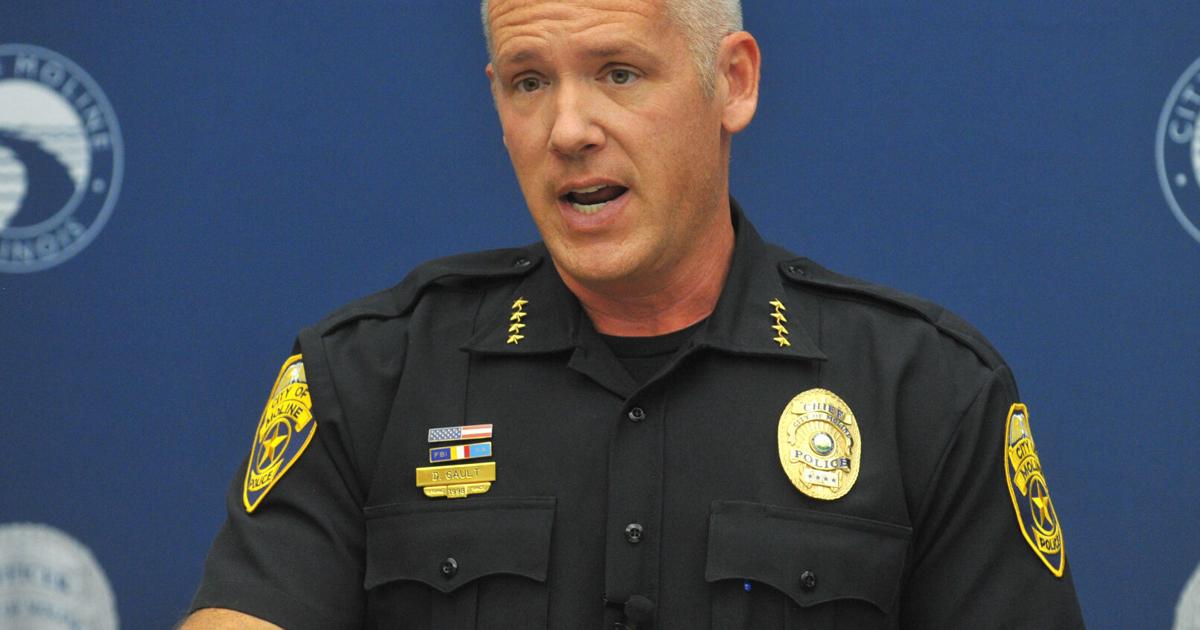 The Moline Police Department on Monday said the body of Steve Asplund, missing since the 1990s, has been identified.

I thought my caulk gun was powerful… but it’s never made anyone jump off a bridge.
Reactions: cigaretteman
D

What does “entangled with a barge “ mean? I can think of a few nasty options.
Reactions: PoopandBoogers and cigaretteman

It seems weird that they couldn’t put 2 and 2 together years ago. Guy goes missing along the Mississippi River. Ten weeks later a body is found 300 miles down river.
Reactions: h-hawk, McLovin32 and cigaretteman

Seems really odd that a person would be messing around near the river's edge in January. You fall into the open water that time of year, you're likely a dead man within just a few minutes. I wonder if the barge entanglement occurred some time after his death. We'll likely never know the circumstances that ultimately put him into the river.

lucas80 said:
It seems weird that they couldn’t put 2 and 2 together years ago. Guy goes missing along the Mississippi River. Ten weeks later a body is found 300 miles down river.
Click to expand...

dekhawk said:
What does “entangled with a barge “ mean? I can think of a few nasty options.
Click to expand...

My thoughts as well. Mayhaps the barge was dragging branches or rope lines underneath and somehow snagged him, or possibly alcohol or darwin related and he willingly swam out to it and got hit?

ping72 said:
I thought my caulk gun was powerful… but it’s never made anyone jump off a bridge.
Click to expand...

If only there had been a good guy with a caulk gun...
Reactions: el dub and GOHOX69

TheCainer said:
If only there had been a good guy with a caulk gun...
Click to expand...

Reactions: TheCainer
You must log in or register to reply here.

Missouri wins the race for legal 420

Second cannabis dispensary to open soon in the Quad Cities, this time in Moline . . .