Barb Ickes
The new I-80 bridge between LeClaire and Rapids City will be rebuilt in one of seven ways, including one alternative that would move traffic off the current bridge for four years of detours.
Officials from the Illinois and Iowa departments of transportation and their engineering consultants from Parsons Transportation Group conducted a public-information session Wednesday that disclosed the seven realignment options being considered for the Quad-Cities' third crossing over the Mississippi River.
The I-80 bridge is outdated, increasingly costly to maintain, has a high number of crashes and was designed well below current standards when it was built in 1967. A recording of Wednesday's webinar is to be available Thursday at I80mississippibridge.com, which is a site devoted to the project.

While many questions for the eight panelists on the webinar were related to the proposed reuse of I-80, dubbed Bison Bridge, they said the state-park concept is a non-starter regarding the bridge realignment.


Current and ongoing studies of the best realignment for the bridge take the environment into consideration — human, plant and animal — but the ultimate decision will be based on meeting transportation needs, not future reuses.

"We're certainly aware of the Bison Bridge concept, and we know there's a lot of interest in that," said Becky Marruffo, of the Illinois DOT. "There cannot be any undue outside influence ... on the purpose and need of the project."


Chad Pregracke, Quad-City environmentalist and founder of Living Lands & Waters, has considerable support in his concept for turning the vacant bridge into a two-state state park. One span of the crossing would be turned into a pedestrian and bike path and the other would become a crossing for bison, which would have roaming range on either side.


None of the seven alternatives now being studied takes the idea into consideration. If the first alternative is selected, Bison Bridge could not happen, because the new bridge would be built at the same location as the current one, which would have to be razed.


Under the first alternative, bridge traffic would be detoured to the Interstates 74 and 280 crossings for four years, the panelists said. That would allow time to tear down the current bridge and build a new one.

Following are the other six alternatives being considered. The final choice is to be disclosed next year, and all of the options include a six-lane crossing, including exit lanes.
Alternative two: Build the new bridge about 50 feet to the east, or upstream, of the current bridge. This would create a minimum impact on private properties.
Alternative three: Build the new bridge about 50 feet west of the existing span, or downstream. It would require the acquisition of about six additional acres of right-of-way.

Alternatives four and five: Build two side-by-side companion bridges about 20 feet east or west of the current span. Traffic would be routed to the first completed span, then the second would be built. 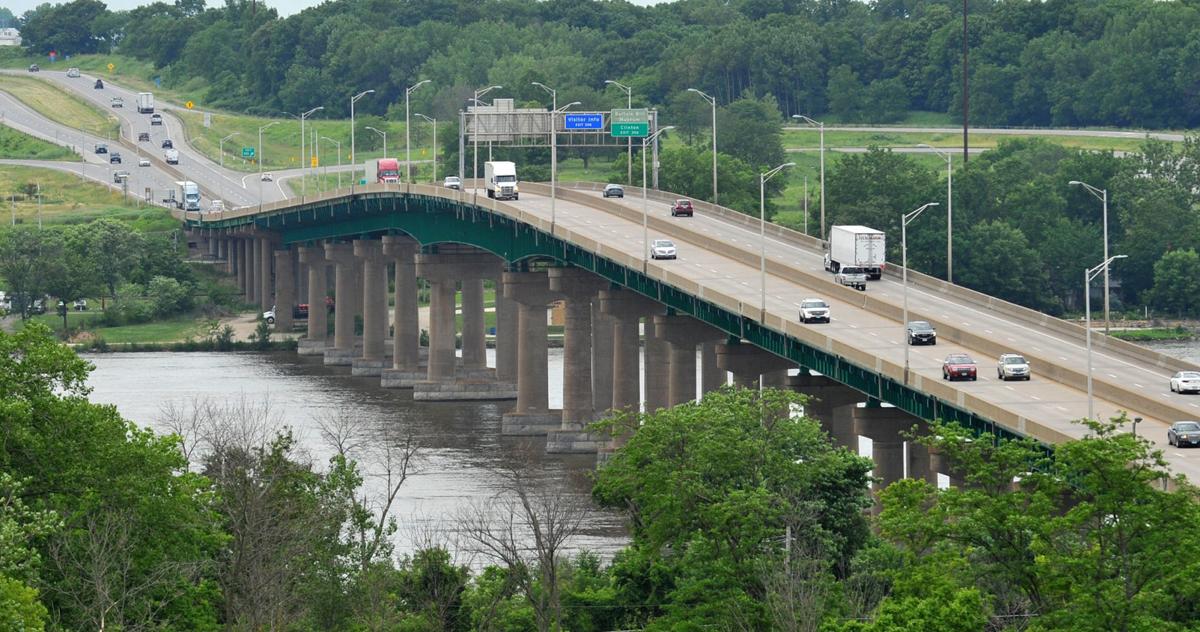 Illinois DOT officials say the proposed reuse of I-80, dubbed Bison Bridge, is a non-starter as they consider the bridge realignment.

Enclose the entire thing in glass and make it a bar/restaurant event center and lease it out to somebody to operate.

wedding receptions, conventions, and just a place to go eat and drink.

print money and it would be a destination for the entire region.

it’s a no brainer.
Reactions: cigaretteman 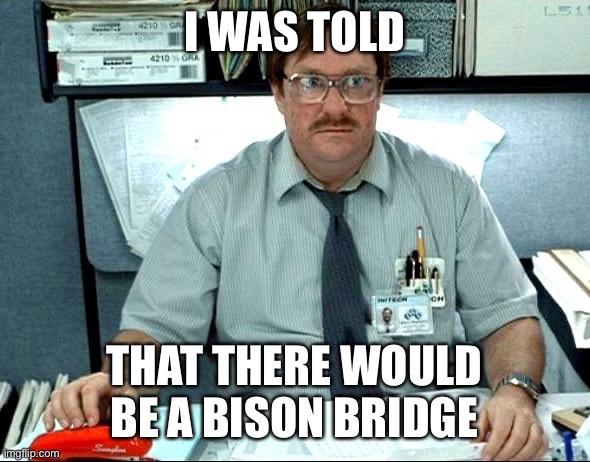 This seems like an easy decision, doesn’t it? Option 1… tear down bridge and put a better one is same location. Would cost less and require no additional land or issues.
You must log in or register to reply here.

YOUR chance to publicly show support to the BISON BRIDGE!

In Detroit, Biden pledges that ‘the great American road trip is going to be fully electrified’

Quad Cities bridge to finish at $74.5 million over bid