The G.O.P. Plot Against Medicare and Social Security

Paul Krugman
Opinion Columnist
Sign up for the Opinion Today newsletter Get expert analysis of the news and a guide to the big ideas shaping the world every weekday morning. Get it sent to your inbox.
The Times recently reported that Republicans, anticipating possible victory in the midterms, are embracing plans to cut Social Security and Medicare benefits — even though such cuts would be incredibly unpopular and would make nonsense of the G.O.P.’s attempts to portray itself as the party of the working class.
Before I get to what Republicans appear to have in mind, let’s note that the push to slash major benefit programs may be the ultimate example of an elite priority completely at odds with what ordinary Americans want.
Political scientists have found several areas in which the wealthy want to see spending cut, while most voters want to see it increased. The biggest gap in views is on Social Security, where the rich, by a large margin, want to see benefits reduced while the general public, by an even larger margin, wants to see them increased.
And Republicans are taking the side of the rich.
Now, there isn’t an official G.O.P. position on Social Security and Medicare — or, actually, any policy issue. But the Republican Study Committee, a caucus of House members that often sets the party’s agenda, has released a fairly detailed set of proposals titled “Reclaiming Our Fiscal Future” that would, I suspect, raise howls of outrage from many voters if they knew about it.
Advertisement
Continue reading the main story

At the same time, the plan would raise the age at which Medicare kicks in, which is still 65, to match the Social Security age. Given the Social Security proposal, this means delaying Medicare eligibility by five years, to the age of 70, and possibly delaying it even further in the future.
The report tries to justify these large benefit cuts — because that’s what they are — by pointing to the rise in life expectancy at age 65 since these programs were created. That is, it argues in effect that our major social benefit programs have become too generous because Americans are living longer.
What the report somehow fails to notice, or at least to acknowledge, is that while average life expectancy for seniors was rising before Covid struck, that rise was very unequal. Gains were much larger for Americans in the upper part of the income distribution — that is, the people who need Social Security and Medicare least — than for those lower down, who need them most.
Other research has shown that gains in life expectancy at age 25 — not the same measure, but surely related — have been much bigger among Americans with a college degree. In fact, life expectancy has actually declined among noncollege whites. And mortality has been diverging among regions, with life expectancy at 65 in some states, mostly red, significantly below the national average and in others, mostly blue, significantly above.

So Republican plans to cut Medicare and Social Security would impose widespread hardship, with some of the worst impacts falling on red-state, noncollege whites — that is, the party’s most loyal base.
Why, then, does the party want to do this? We needn’t take claims that it’s about fiscal responsibility seriously; a fiscally responsible party wouldn’t be seeking to make the Trump tax cuts permanent or oppose giving the I.R.S. the resources it needs to crack down on tax cheats. What we’re seeing, instead, is that despite its populist rhetoric, the G.O.P. is still very much a party of and for the rich.
A more interesting question is why Republicans think they can get away with touching the traditional third rails of fiscal policy. Social Security remains as popular as ever; Republicans themselves campaigned against Obamacare by claiming, misleadingly, that it would cut Medicare. Why imagine that proposals to deny benefits to many Americans by raising the eligibility age won’t provoke a backlash?
At least part of the answer is surely the expectation that the right-wing disinformation machine can obscure what the G.O.P. is up to. The Republican Study Committee has released a 153-page report calling, among other things, for denying full Social Security benefits to Americans under 70; that didn’t stop Sean Hannity from declaring the other day that “not a single Republican has ever said they want to take away your Social Security.”
Finally, how do Republicans imagine they could pass any of this agenda? After all, even if they do win the midterms, they won’t have enough votes to override a Biden veto.
Unfortunately, we know the answer: If Republicans win one or both houses of Congress, they’ll try to achieve their goals not though the normal legislative process but through blackmail. They’ll threaten to provoke a global financial crisis by refusing to raise the debt limit. If Democrats defang that threat, Republicans will try to get what they want by making America ungovernable in other ways.
Will they succeed? Stay tuned. 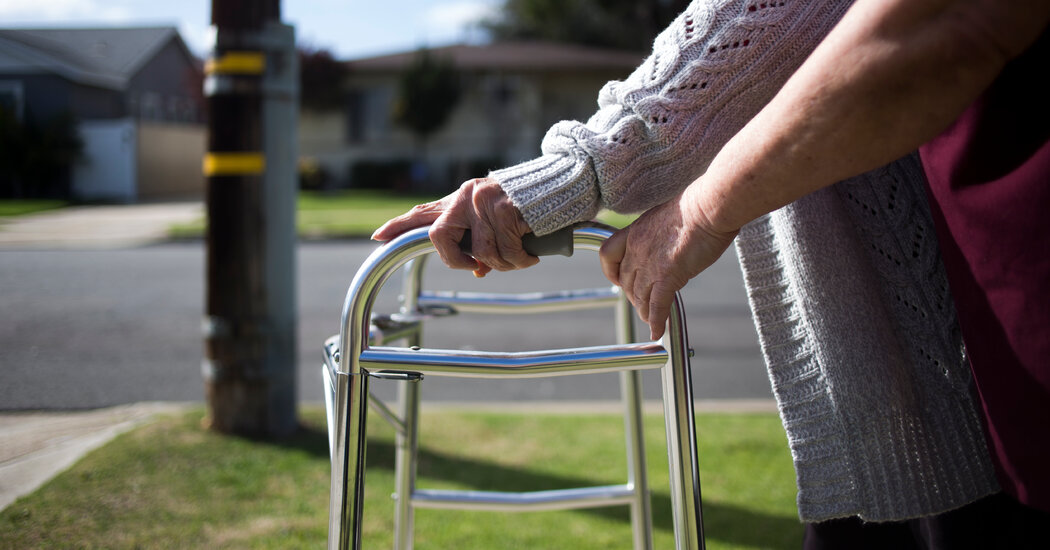 Opinion | The G.O.P. Plot Against Medicare and Social Security

Social Security benefits to jump by 8.7% next year

What the Jan. 6 probe found out about social media, but didn’t report