But a majority also oppose cutting taxes for corporations — another component of the package Reynolds signed.

The results of the latest Des Moines Register/Mediacom Iowa Poll come after Reynolds, a Republican, touted the tax cuts in her nationally televised rebuttal to President Joe Biden’s State of the Union address last week. She is expected to run on the tax cuts as a key plank in her reelection campaign this year.

The cuts will begin to take effect in 2023 and will phase in over several years. In addition to the flat tax and corporate tax changes, the law also makes retirement income such as from 401(k)s, IRAs and pensions tax free and gives some tax breaks to retiring farmers.

The changes are expected to reduce Iowa’s state revenues by $1.9 billion when fully phased in.

The poll of 813 Iowa adults was conducted Feb. 28-March 2 by Selzer & Co. It has a margin of error of plus or minus 3.4 percentage points.

The law Reynolds signed on March 1 will lower Iowa's top income tax rate until all Iowans pay a 3.9% flat tax starting in 2026. Along the way, it will eliminate the state's progressive income tax system, in which wealthier Iowans pay higher rates than lower-income Iowans.

The flat tax draws support from 70% of Republicans, 54% of political independents and 33% of Democrats.

“A flat rate I just think sounds better for everybody across the board,” said Austin Lambert, a 30-year-old poll respondent from Davenport and a registered Democrat.

But Sheila O’Hern, a poll respondent from Webster County, doesn’t think the tax cuts will help Iowa in the long run. She said Iowa won’t keep seeing large chunks of federal COVID-19 relief funds forever and that eventually the state won’t be able to keep up financially after the cuts.

O’Hern, a political independent and retired cosmetologist, said she thinks income taxes should be on a sliding scale.

Reducing the tax rate and making retirement income tax-free make up the largest share of the tax cuts. Those changes are estimated to reduce Iowa's revenue by $1.7 billion when fully phased in.

Iowa’s law will lower corporate taxes from a top rate of 9.8% to a 5.5% flat rate over time, assuming the state takes in at least $700 million in tax revenue from corporations each year.

Just over one-third of Iowans, 34%, say they favor cutting corporate taxes if the state hits its revenue targets while a majority, 53%, are opposed and 13% are not sure.

“The middle class, or the poor, have to pay more taxes than corporate,” said Bobby Miller, a 42-year-old poll respondent from Warren County. “And corporate should pay their fair share of taxes.”

Miller, a Democrat and a truck driver, said he still thinks the new law, overall, is a win because he favors the flat tax component.

Angie Hoose, a 62-year-old poll respondent from Polk County, said she thinks that lowering the corporate tax rate could bring jobs to Iowa, and that the state shouldn’t be “taxing the crap out of everybody” if it’s achieving its goals.

“Corporations are what keeps everybody employed, so we need to give them a break too,” said Hoose, a political independent who works with retirement accounts.

A majority of likely Reynolds voters favor the corporate tax cuts, at 55%. Support among likely DeJear voters is at 14%.

The corporate tax cuts are estimated to reduce state revenues by $229.4 million when fully phased in.

The law also reduces the size of refundable corporate tax credits, a move that is projected to increase state revenue by about $50 million. 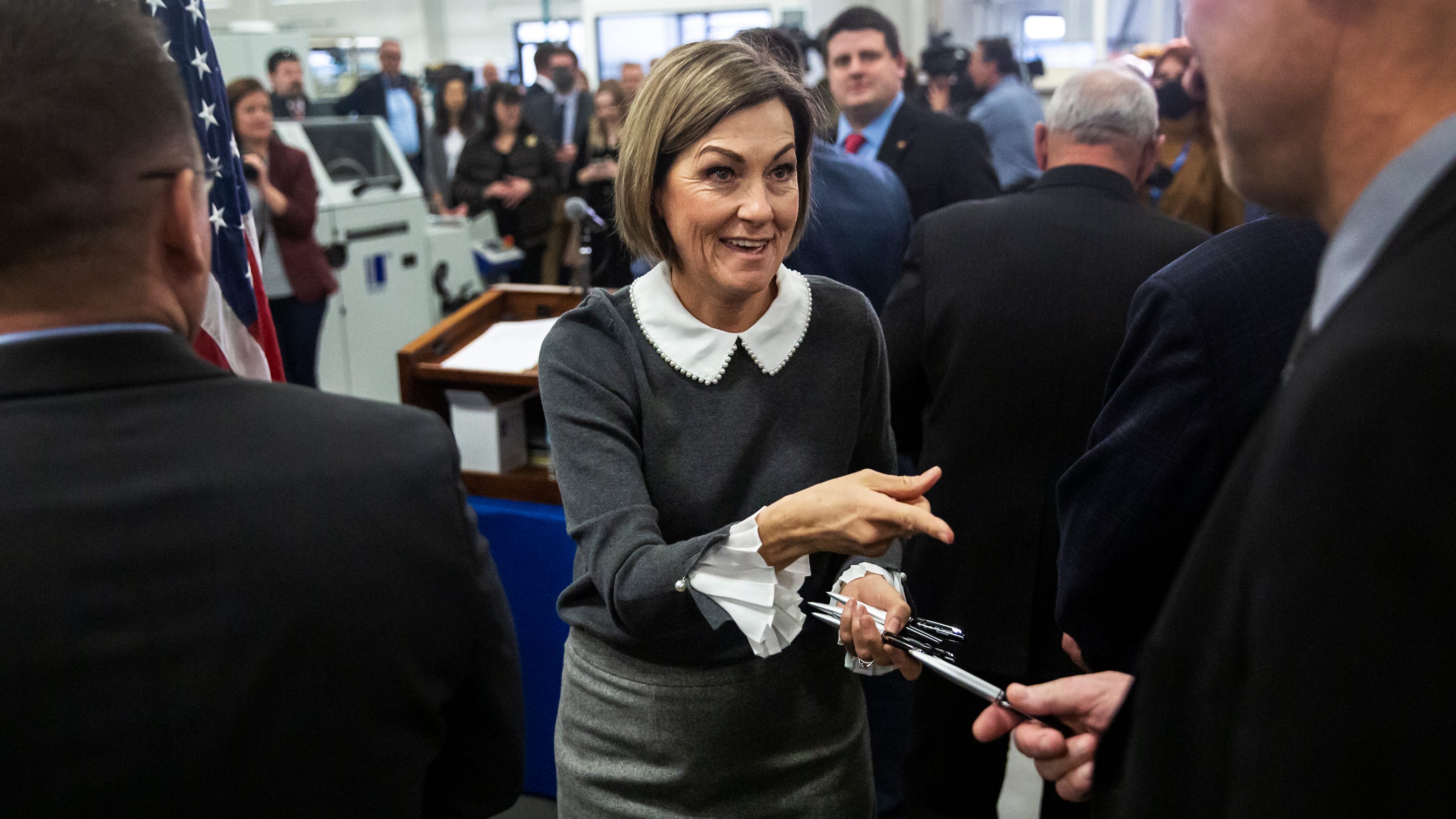 The results of the latest Iowa Poll come after Gov. Kim Reynolds touted the new flat tax in her nationally televised speech.
www.press-citizen.com
You must log in or register to reply here.

Iowa lawmakers strike a deal on tax cuts. Here's what's in it.

Dorman: ‘Largest’ tax cuts are piling up in Iowa