The Next Step in the Anti-Abortion Playbook Is Becoming Clear

By Mary Ziegler
Ms. Ziegler is the author of “Dollars for Life: The Anti-Abortion Movement and the Fall of the Republican Establishment.”
Two months after the fall of Roe v. Wade, abortion has been banned or severely restricted in at least 14 states, energizing leaders of the anti-abortion movement but also activating voters who are opposed to many of these measures. With so much at stake in the next few election cycles — and women’s lives hanging in the balance — both sides of this fight are strategizing their next moves.
For the anti-abortion movement, the emerging plan is an all-out fight for fetal personhood. In many ways this is no surprise — since the 1960s, the movement’s ultimate goal has been to secure legal protections for fetuses and embryos, despite the harm that could be done to the health and livelihoods of pregnant women. The recognition of fetal personhood nationwide could mean a total ban on abortion for everyone in the United States, and if an increasingly sophisticated minority of anti-abortion extremists have their way, many more women would face criminal charges for ending their pregnancies.
What’s striking about this post-Roe push is the speed with which even moderate anti-abortion actors have embraced a punitive interpretation of fetal personhood, despite clear political headwinds. Even if this fight for fetal personhood doesn’t result in a full nationwide abortion ban, it could lead to personhood becoming more accepted at the state level and in the courts, pitting the interests of fetuses and women against each other and diminishing legal equality for women.
Advertisement
Continue reading the main story


Since the Dobbs v. Jackson Women’s Health Organization decision came down in late June, a Georgia law has gone into effect defining a “natural person” as “any human being including an unborn child” and giving a $3,000 tax break for pregnancies after about six weeks. An Arizona statute that defines fetal rights from conception is being fought in court. Leading anti-abortion groups are developing plans for a federal abortion ban that could include recognition of fetal personhood, and prominent anti-abortion commentators have said that it is “not a far leap from Dobbs to constitutional personhood.” So-called abortion abolitionists, who favor punishing pregnant patients for abortion, argue that full recognition of personhood requires “the same legal penalty as murdering or being an accomplice to the murder of a born human being.”

Americans United for Life, long viewed as one of the movement’s more pragmatic organizations, is pushing a federal fetal personhood strategy, too. The group’s so-called Lincoln Proposal is a suggested executive order that would “interpret the 14th Amendment’s safeguards of due process and equal protection to extend to all human beings, born and not yet born.” Under the plan, fetuses would be counted in the census and the Department of Justice would investigate laws or policies that “deprive preborn persons of due process of law or the equal protection of the laws.”
It’s important to prepare for the possibility that these proposals will continue to flourish, in part by understanding the history of the fetal personhood movement. Personhood has appealed to a divided anti-abortion movement for over 50 years. For those who were sympathetic to the civil rights movement for people of color or the fight for women’s equality, such arguments positioned the anti-abortion movement as a similar cause. For conservatives skeptical of the civil rights movement, personhood offered something, too: the claim that abortion was a far worse form of discrimination than anything suffered by women and people of color. It suggested that what really mattered when it came to equality under the law was not a long history of subordination, like that experienced by people of color, but physical vulnerability and dependence.
After Roe v. Wade in the 1970s, anti-abortion leaders rallied around a constitutional amendment that would have codified fetal personhood and banned abortion nationwide. But it never received much traction, and profound unanswered questions remained about how anyone would enforce personhood protections even if they passed. Would states have to do anything to help people who were pregnant in the name of honoring fetal rights? Did passing a personhood amendment require states to treat abortion as murder? Some discussed the solution of legal guardians for fetuses who could prevent abortions from taking place. 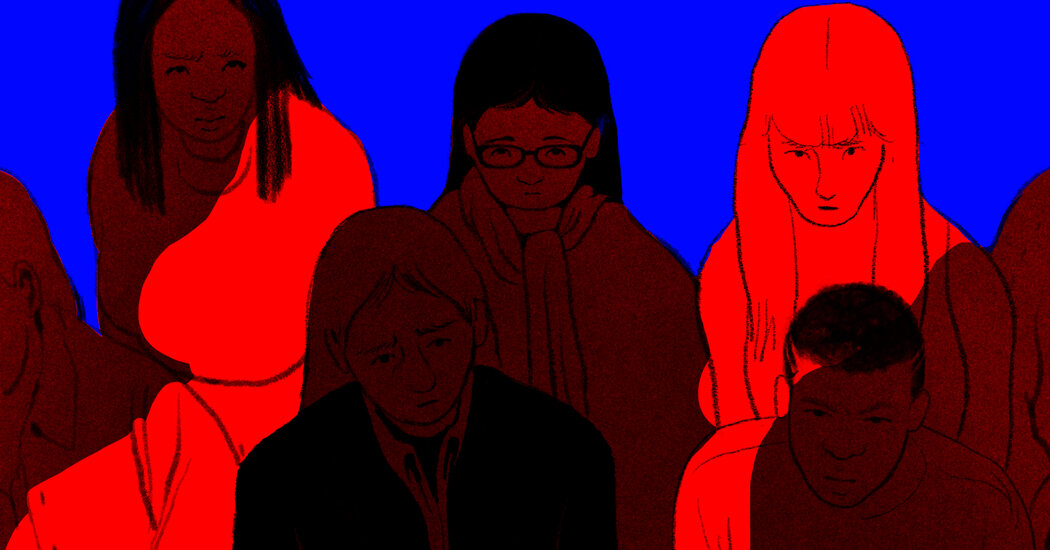 Despite clear political headwinds, the movement has embraced a push for fetal personhood.

After a distinctly punitive vision of personhood took precedence in the 1980s — forged when the anti-abortion movement aligned with a Republican Party focused on a tough-on-crime agenda — it became clear that federal fetal personhood legislation banning abortion was not going to succeed anytime soon. So personhood arguments went partly underground. Anti-abortion groups developed an approach to personhood that sought to define a fetus as a person in laws unrelated to abortion, including fetal homicide and child abuse laws.

The late 2000s and early 2010s saw a handful of state constitutional fetal personhood amendments, but leading anti-abortion groups generally did not support them, worrying that the Supreme Court would not uphold them, and one by one they went down in defeat, even in deeply conservative Mississippi. To many, that made it seem that there was a split within the anti-abortion movement, with a mainstream group focused on ending Roe v. Wade and an extremist fetal personhood movement that wanted to go much further.

But any anti-abortion disagreement around prior personhood efforts has turned on strategy. If mainstream anti-abortion groups were relatively quiet about personhood in recent years, it wasn’t necessarily because they believed that such efforts went too far. Rather, they saw that a less conservative Supreme Court might invalidate them or less socially conservative voters might reject them. When it comes to substance, fetal personhood has been the plan all along.
The months and years ahead will be filled with uncertainty as anti-abortion leaders begin to work out the details of what personhood requires. New personhood proposals are often vague, with open questions about what will happen to access to some types of birth control that abortion opponents falsely label abortifacients, or to in vitro fertilization, or to women who could be punished for ending their pregnancies. In this climate of uncertainty, doctors, pharmacists and other health care providers aware of the harsh punishments attached to abortion laws will have every reason to turn patients away.
It’s unclear how the fight for personhood will end. Some conservative states may not want to wade into the complexities of recognizing and enforcing personhood laws. A federal law banning abortion would likely require abolishing the filibuster and could be repealed when Democrats are in power again.
And the political price of personhood may just be too high. In early August in Kansas, which Donald Trump won in 2020 by about 15 points, voters overwhelmingly chose to retain a state constitutional abortion right. Polls consistently show that most Americans do not support an absolute abortion ban, which much of the contemporary personhood movement demands. (Exceptions for the lives of pregnant women are sometimes on the table.)
But given the erosion of democratic norms in the United States, the lack of support for personhood may not matter as much as it ought to. In many states where the public doesn’t support abortion bans, negative partisanship — the deep antipathy people feel for the opposing political party — means that many voters may not punish Republicans even for policies they don’t agree with. Gerrymandering and burdens on the vote make it harder for those who oppose sweeping abortion bans to make themselves heard. A Republican president could lose the popular vote and impose some elements of personhood through executive order. And the Supreme Court may recognize personhood sometime down the road, no matter what voters think.
Many anti-abortion leaders claim to be originalists — and argue that the men who wrote the 14th Amendment in the 19th century thought of fetuses as rights-holding persons. But the success of a federal fetal personhood agenda would mean much more than another foray into history for the conservative Supreme Court justices. Over half a century of struggle has forged a vision of personhood that will shape the lives of Americans for years to come.
You must log in or register to reply here.