The Pro-Life Movement Made a Bargain With Trump, and It Has Paid Dearly

By David French
Mr. French is a senior editor at The Dispatch and a contributing writer for The Atlantic.
Sign up for the Opinion Today newsletter Get expert analysis of the news and a guide to the big ideas shaping the world every weekday morning. Get it sent to your inbox.
The midterms were hard for pro-life Americans. In every state where abortion referendums were on the ballot, the pro-choice side prevailed, even in red states such as Kentucky and Montana and a swing state, Michigan. The overturning of Roe v. Wade helped keep the Senate blue. It almost stopped the G.O.P. from taking the House. Exit polls indicate that abortion was the second-most-important issue for voters — just behind inflation — and 76 percent of those voters voted Democratic.
More views on abortion
https://www.nytimes.com/2022/11/05/...tion=click&module=RelatedLinks&pgtype=Article
https://www.nytimes.com/2022/09/14/...tion=click&module=RelatedLinks&pgtype=Article
The election was further evidence of a persistent reality that pro-life Americans like me have to absorb, understand and respond to with reason, intelligence and compassion: Pro-life views are less popular than arguments for choice. The same exit polls that showed abortion was a priority for voters indicated that 59 percent of respondents said abortion should be legal in all or most cases. Only 36 percent said it should be illegal in all or most cases.
The most pro-life position (illegal in all cases) was the least popular of all. A mere 10 percent of Americans agreed. I’ve been a pro-life activist and attorney my entire life, and even I don’t agree with the 10 percent. I believe in abortion bans with exceptions for the life and physical health of the mother, and with carefully drawn exceptions for rape and incest.
Advertisement
Continue reading the main story


These electoral losses do not mean that members of the pro-life movement should regret the Supreme Court’s ruling in Dobbs. Those of us who fought in the legal trenches to overturn Roe believed that it was both constitutionally unsound and fundamentally unjust. The Constitution was never intended to prohibit the state from protecting unborn life.
But technical legal arguments against Roe are not the same as the moral arguments against abortion. Reversing Roe didn’t ban abortion but instead greatly expanded the ability of the elected branches of government to regulate and restrict it. Yet the bargain the pro-life movement made with Trumpism to end Roe is now costing it dearly as the argument moves from the courtroom to the hearts and minds of everyday voters.
The ethos of the Trumpist-dominated G.O.P. is fundamentally incompatible with the ethos of a healthy pro-life movement. The reason is simple: Trumpism is centered around animosity. The pro-life movement has to be centered around love, including love for its most bitter political opponents.
From the beginning of the MAGA movement, its culture was clear. It was pugilistic. It was vengeful. And when it captured the G.O.P., it put thoughtful and compassionate pro-life Americans in a terrible bind: If you reject Donald Trump, you reject the chance to nominate and confirm judges who could overturn Roe. Embrace him and you empower a hateful man, and hateful men can do great harm.
When faced with that dilemma, I chose to reject Mr. Trump — and not because I wavered one inch from my pro-life convictions. I rejected him because of those convictions. I rejected him because a Catholic taught this lifelong Protestant what a culture of life truly meant.

I was 26 years old when I read Pope John Paul II’s “Evangelium Vitae.” It’s not long, and you don’t even have to read all of it to grasp its essence. It’s summed up in a single phrase: “the incomparable and inviolable worth of every human life.” That’s it. That’s the core of the pro-life position. Each person is of incomparable worth and should be treated as if they’re of incomparable worth, from conception until natural death.
That fundamental moral truth has profound implications for law and policy. It also has profound implications for how we treat one another. It forecloses hatred. It forecloses animosity. It mandates love, compassion and care.
I’m a fallen, flawed person, and I don’t live up to that high standard. But I do try, and there was no way that I would ever support a man or movement who rejected such values, who mocked kindness as weakness.
Donald Trump deserves credit for nominating the judges who helped reverse Roe. But something else happened during his presidency. For the first time since the Carter administration, the American abortion rate actually went up. For the first time in 30 years, the number of abortions increased.

The abortion rate fell during the pro-life Reagan, Bush and Bush presidencies. It fell during the pro-choice Clinton and Obama presidencies. Yet it increased under Donald Trump.
Under Mr. Trump, the culture of life lost ground. It’s wrong to impose monocausal explanations on complex social phenomena. It’s thus wrong to blame Mr. Trump entirely for this change. But it’s worth asking, why now? Why, after 30 years of declines, has abortion become more common? Why, in the immediate aftermath of Mr. Trump, has the pro-life movement been dealt such significant electoral defeats?
I think at least part of the answer to the political question is that the pro-life movement has tied itself to a Trumpist political movement and Trumpist leaders who often radiate incompetence and malice. No, not everywhere. Walk into a crisis pregnancy center and you’ll often meet some of the best people you’ll ever know. These are the folks who walk with young, frightened women through some of the most difficult days of their lives. These are the people who love mother and child, and show what it truly means to understand each person’s “incalculable worth.”
Advertisement
Continue reading the main story


Even in politics, when the pro-life movement ties itself to decency and competence rather than strife and hate, it can enjoy electoral success. Ohio’s Mike DeWine and Georgia’s Brian Kemp both signed heartbeat bills, and they both won re-election handily. We don’t know how pro-life referendums would fare in those states, but we know that when a politician combines a strong support for life with other obvious qualities, then the pro-life politician (and his or her pro-life positions) can prevail.
As the pro-life movement absorbs the harsh lessons of the 2022 elections (including the surprise defeat of the Kansas abortion referendum in August), it should comprehensively re-center around the heart of “Evangelium Vitae.” That means it cannot limit its compassion and concern to abortion alone. It cannot make common cause with spite and hate.
Yes, that means preserving life in the womb. It also means providing aid and comfort to mothers in distress. But that’s just the start. If you have regard for your neighbors, born and unborn, do you not owe them honesty and kindness? If you are a political figure, do you not also owe them basic competence? Shouldn’t your entire ethos reflect a concern for the weak and vulnerable in our midst?
Moreover, how many people will believe your assertions of care and concern if you’re a liar and a hypocrite, or support liars and hypocrites? Will people feel valued if they’re personally attacked and publicly despised?
The sheer force of law cannot end abortion. Even where it is prohibited, mothers can find ways to end a pregnancy. Not even the best (or most draconian) policy can replace the necessity of millions of Americans demonstrating — through word and deed — to friends and foes alike that every pregnancy is a blessing and that each and every person is of incalculable worth. That must be the message because that’s the morality. There is no other path to a culture of life. 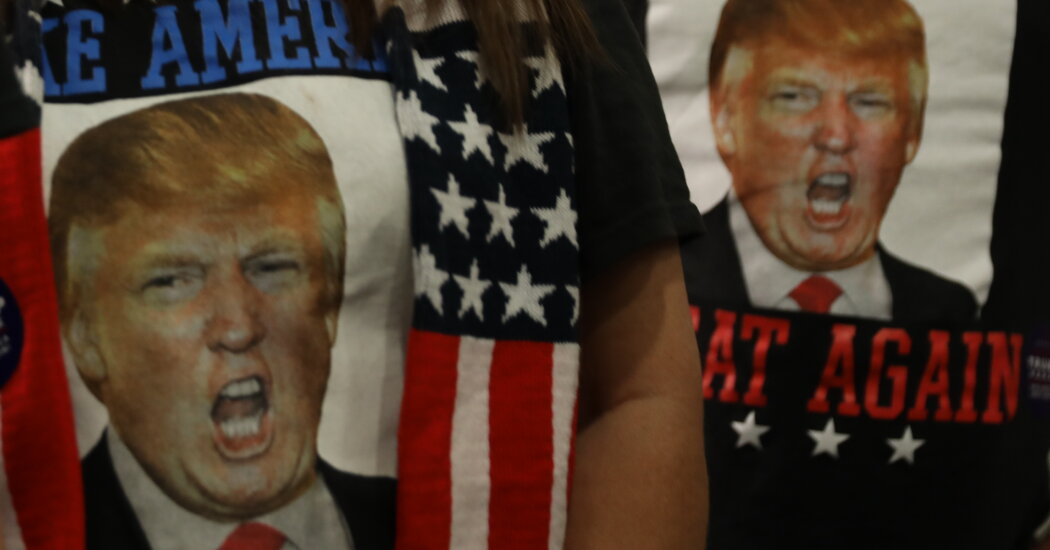 Opinion | The Pro-Life Movement Made a Bargain With Trump, and It Has Paid Dearly

cigaretteman said:
From the beginning of the MAGA movement, its culture was clear. It was pugilistic. It was vengeful.
Click to expand...

The same is true of the pro-life movement. From harassing women going to clinics to bombing those clinics to murdering doctors. MISTER French needs to reflect on his own movement.
Reactions: cigaretteman
You must log in or register to reply here.