The S&P 500 is having its worst year so far in six decades: DataTrek 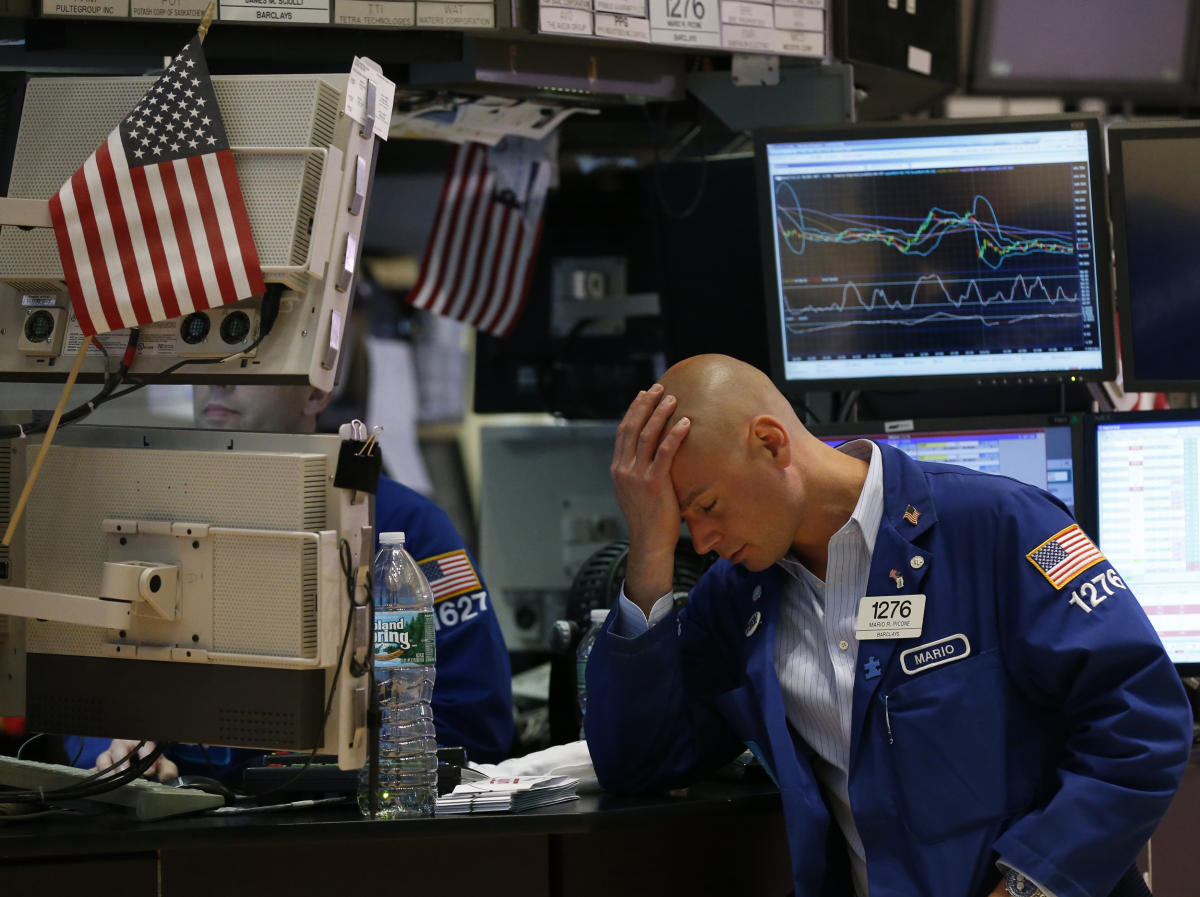 The S&P 500 is having its worst year so far in six decades: DataTrek

New data released by DataTrek Research shows that the S&P 500 is having its worst start to the year since 1962.


The S&P 500 (^GSPC) rebounded ever-so-slightly on Tuesday, but failed to recoup losses from Monday’s ugly session and hovers closer to a bear market in the midst of sky-high inflation and a hawkish Federal Reserve looking to end easy money at last.

Recent analysis from DataTrek Research, a market research firm, revealed how the index's performance this year looks in the larger historical context.

“While there’s still 3 weeks of trading left in May, 2022 has been the worst year-to-date return (-16.3 pct) so far relative to overall down years for the index save 1962,” Jessica Rabe, co-founder of DataTrek Research, wrote in an email newsletter.

Based on past data, it is likely that the index will continue to underperform throughout the year, Rabe noted.
Electronic screens display stock market information at the New York Stock Exchange NYSE in New York, the United States, May 5, 2022. U.S. stocks plunged on Thursday as heavy selling intensified on Wall Street. The Dow Jones Industrial Average tumbled 1063.09 points, or 3.12 percent, to 32,997.97. The S&P 500 fell 153.30 points, or 3.56 percent, to 4,146.87. The Nasdaq Composite Index shed 647.17 points, or 4.99 percent, to 12,317.69. (Photo by Michael Nagle/Xinhua via Getty Images)More
“Even if the S&P were able to recover some losses by the end of this month, it’s likely YTD negative return would still fit the pattern of a down January-May period that’s highly typical for losing S&P years,” she wrote.
The S&P 500 entered a free-fall last week, augmenting analysts’ forecasts for a bear market. The index has endured five consecutive weeks of decline, the most since 2011. By midday Tuesday, the S&P 500 was trading at 4,025, slightly up from Monday’s close. If the index drops below 3,854, this would represent a 20% decline from the intraday high, which experts warn could qualify as a bear market.


Losses accelerated last week as investors priced in the Federal Reserve’s decision to raise the target interest rate by .50%, the most aggressive rate hike in 20 years. The move adds to what has already been an extraordinarily hawkish year for monetary policymakers, who have been struggling to slow 40-year high inflation levels that have increased every month.
Other headwinds, including the ongoing conflict in Ukraine and the national labor shortage, have contributed to a poor year for the stock market thus far.
According to DataTrek, S&P 500 losses during the first five months of the year bode poorly for the index as a whole during the rest of the year. Based on historical trends, the S&P 500 will continue to underperform during months June-October when negative returns are recorded during the first five months of the year, however, in November and December losses are generally reigned in and returns flatten out.
“The performance of the S&P during the last two months of a down year is essentially flat on average,” Rabe wrote in the report. “The average return is -1.0 pct from the end of October through the end of December during down years for the S&P.”


This could mean that investors waiting to “buy the dip” may have to wait a little longer before losses subside.


The putrid performance of tech stocks has driven much of Nasdaq’s decline, as the index is very tech-heavy. Seeking Alpha reportedTuesday that new data from Societe Generale (SCGLY), a French multinational investment bank, shows that Nasdaq has lost $7 trillion in market cap in six months, essentially wiping out all of its gain made following the announcement of Pfizer’s coronavirus vaccine.

I really, really don't want to look at my active duty TSP.

The party in power will pay. That’s always the way it works.
Reactions: VodkaSam, MitchLL and Colonoscopy

401k is down 17% on the year so far. Time to crank the contribution amount higher.
Reactions: bowlhawk and 86Hawkeye
M

Herky T Hawk said:
401k is down 17% on the year so far. Time to crank the contribution amount higher.
Click to expand...

Where's the "it's a buying opportunity " crowd?
Reactions: Huey Grey and NCHawk5

MitchLL said:
Where's the "it's a buying opportunity " crowd?
Click to expand...

You responded to him right above.
N

Herky T Hawk said:
401k is down 17% on the year so far. Time to crank the contribution amount higher.
Click to expand...

MitchLL said:
Where's the "it's a buying opportunity " crowd?
Click to expand...

we ran out of money during the last dip.
Reactions: MitchLL and NCHawk5

Looked at my 401 yesterday and noped the **** out. Not checking again maybe ever
Reactions: binsfeldcyhawk2

It's almost like people have been predicting this for the past year or more. Something about a global pandemic and supply issues and long term consequences. I guess I'm the only one who watches the news.
Reactions: NCHawk5
S

We created a bubble and now we get to deflate it.
You must log in or register to reply here.

The recession is deepening HORT

This is pretty scary stuff for a 58 year old hoping to retire in 10 years or so...

The U.S. dollar and euro are equal for the first time in two decades

Are Stocks Undervalued Yet?

Off Topic Tuesday at 10:23 AM
cigaretteman