There is a very fast and cheap way to sequester LOTS of Carbon, but no one is talking about it....

The main conversation around climate change primarily focuses on one thing: how much carbon is in the air—and by extension, how to reduce it. However, what is less talked about but may become incredibly important is how much carbon is in our oceans. There is 50 times more carbon in the ocean than the atmosphere. Some climate researchers believe if we could just slightly increase the amount of carbon the ocean can absorb from the atmosphere, we could avoid some of the worst effects of climate change.

That might seem unusual when you first hear it, but think about it a bit longer. The ocean covers roughly 70 percent of the Earth’s surface, and it absorbs carbon dioxide naturally—effectively dissolving it. Phytoplankton in the ocean use this carbon dioxide and sunlight to run photosynthesis just like land-based plants. Oxygen is produced by this process—phytoplankton are actually responsible for about 50 percent of the oxygen in our atmosphere.

Some climate researchers have proposed that if we could just increase the amount of phytoplankton in the ocean, we could pull more carbon out of the atmosphere. A well-known way to produce a phytoplankton bloom is to introduce iron, an important nutrient for the plankton community, to the water. Many parts of the ocean are low in iron, so even a relatively small addition of iron could theoretically produce a lot of phytoplankton and thereby remove a lot of carbon dioxide from the atmosphere.

“Give me half a tanker of iron, and I’ll give you an ice age,” John Martin, an oceanographer at Moss Landing Marine Laboratories, wrote in 1988. Back then, most people were only just starting to become familiar with the idea of climate change as we now know it. But that’s also around the time people started to think about how iron fertilization could affect phytoplankton growth and, in turn, change atmospheric carbon levels.

Although climate scientists have spent quite a bit time discussing this strategy among themselves, there has not been a concerted effort to explore it further and take it seriously. Ken Buesseler, a marine radiochemist at the Woods Hole Oceanographic Institution, is a scientist who has done some research into iron fertilization in the ocean. He and his team looked at whether introducing iron could “alter the flux of carbon to the deep ocean” and found there was a significant carbon-sequestering effect.

Buesseler told The Daily Beast that his research was done nearly 20 years ago, and there hasn’t been a whole lot since.

“What happened 20 years ago is we started going around and we would spread out a chemical form of iron and look for that phytoplankton—the plant response—and indeed it really showed very clearly that if you enhance the iron then you could create more uptake of carbon dioxide,” Buesseler said. “The difference between now and 20 years ago is that I think the climate crisis is so much more apparent to the public.”

Using the oceans to combat climate change has become a much-discussed topic among climate scientists in recent years, and Buesseler was part of a group of scientists that released a report through the National Academies of Sciences, Engineering, and Medicine late last year that looked at the available options, including increasing phytoplankton levels.

“We’ve got a big reservoir. It takes up a third of the greenhouse gasses already. The question that people are now asking more is what can we do to enhance that?” Buesseler said. “Let’s get out there. Let’s do experiments.”

The experiments themselves wouldn’t cause any harm to the ocean’s natural ecosystem, Buesseler said, but they could tell us a lot about how introducing more iron to the ocean on a much larger scale might affect that ecosystem in the long-term. He doesn’t believe doing this on a large scale would cause significant harm, but it’s important to get the research done so we can know that for sure. He said that a “very conservative” estimate would be that up to a gigaton of carbon dioxide could be sequestered every year if this process was done at scale.

“It will change the types of plants and animals that grow, but that is already happening with the changes in temperature and acidity,” Buesseler said.

David Siegel, a professor of marine science at the University of California, Santa Barbara, told The Daily Beast that iron fertilization would also be pretty easy to do. You could simply get a 120-foot fishing boat and start deploying the iron where it’ll be most effective for stimulating phytoplankton growth.

“It can be done relatively cheaply. Each atom of iron that you add in the right places can make tens of thousands of atoms of carbon get fixed,” meaning absorbed by the water. “It’s rather efficient,” Siegel said. “You can deploy vessels that release iron oxide into the water—even just iron ore into the water—and you can make blooms that you can see from space. We know that.”

The effects would happen rather quickly. Scientists who have introduced iron to seawater in the past have seen that phytoplankton blooms can start becoming visible within the first 24 hours. The ideal place to introduce the iron would be where it’s least plentiful, which would be parts of the ocean—primarily in the southern hemisphere—that aren’t close to land. Iron that ends up in the ocean typically comes from dust that blows into the ocean from the land.

Both Buesseler and Siegel stressed that this should not be seen as an alternative to ending the use of fossil fuels. That is still critical when it comes to having a chance at beating climate change. But avoiding the worst effects of climate change will require also developing carbon removal strategies to reduce the load of greenhouse gasses in the air.

“Even if we decarbonize our economies, there are still 20 or so gigatons of carbon dioxide that needs to be removed from the atmosphere to keep us anywhere near the Paris Accord goals,” Siegel said. 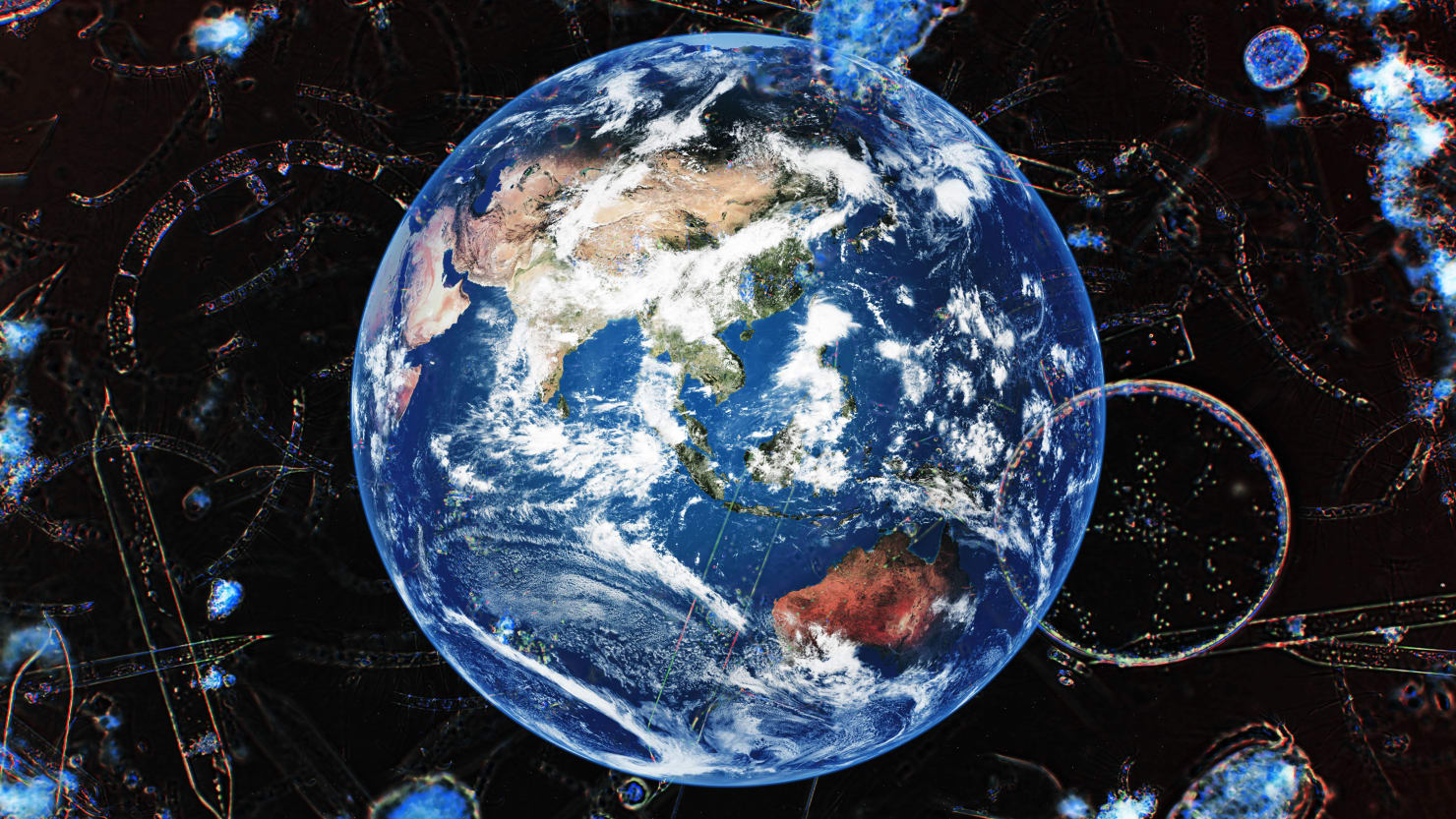 The Mad Plan to Save Earth by Flooding It With Phytoplankton

Oh, this solution doesn't do anything about BIG OIL so let's not talk about that.

See? 50 views but no one wants to talk about this.

We have a climate change controlling lever we could use RIGHT NOW, but... well... that's not what's it's all been about, right?

That would be way to cheap . We need to redistribute wealth and tax carbon so that we can control people

If it works they should definitely look into it. It seems like anytime humans try to mess with the natural order of things they’re are unforeseen consequences.
Reactions: LetsGoHawks83

An article based off research at MIT. Shows it probably won’t work. 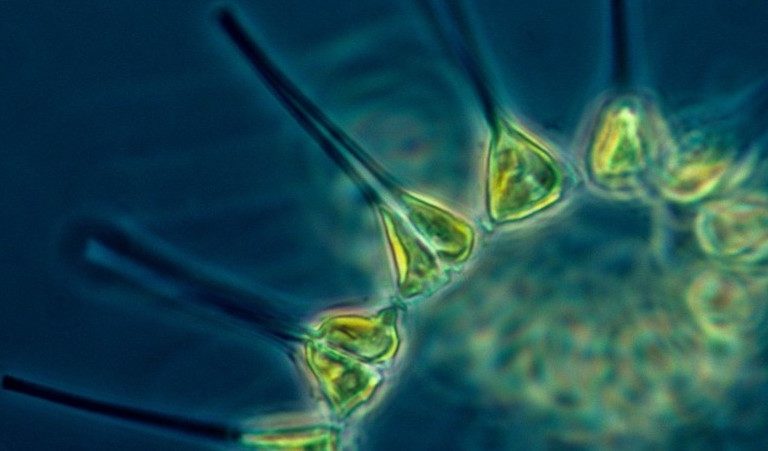 It’s a beguiling proposition: pulling carbon dioxide out of the atmosphere by supercharging populations of microscopic, carbon-munching marine phytoplankton through the relatively simple and inexpensive process of adding iron to the ocean. But a new study by researchers at the Massachusetts...

However, this highlights exactly why we need a cap and trade system. If a company can develop a method to truly sequester a significant amount of carbon dioxide, they could monetize that system to CO2 producing industries. Tell me again which party scuttled cap and trade?
Reactions: mthawkeyes, RileyHawk and BelemNole

theiacowtipper said:
An article based off research at MIT. Shows it probably won’t work.

It’s a beguiling proposition: pulling carbon dioxide out of the atmosphere by supercharging populations of microscopic, carbon-munching marine phytoplankton through the relatively simple and inexpensive process of adding iron to the ocean. But a new study by researchers at the Massachusetts...

However, this highlights exactly why we need a cap and trade system. If a company can develop a method to truly sequester a significant amount of carbon dioxide, they could monetize that system to CO2 producing industries. Tell me again which party scuttled cap and trade?
Click to expand...

Someone has been reading their Kim Stanley Robinson.

BelemNole said:
Someone has been reading their Kim Stanley Robinson.
Click to expand...

You mean that bastion of conservative thought, the DailyBeast?

The Tradition said:
You mean that bastion of conservative thought, the DailyBeast?
Click to expand...

Well, they’re much more likely to have read it than you.
You must log in or register to reply here.