Time Machine: The friendship of an Iowa football coach and a Gazette sportswriter

The longtime friendship between Gazette Sports Editor Gus Schrader and University of Iowa coach and athletics director Forest Evashevski began in 1951 when the UI lured Evashevski away from Washington State College to become the Hawkeye football coach.


Evashevski and his staff took over at Iowa on Feb. 1, 1952. His first major public appearance was at the Feb. 5 Cedar Rapids’ Elks Club’s annual sports night, where Schrader was the master of ceremonies.


Schrader told the coach his arrival in Iowa had been met with wide approval among football fans.

Evashevski replied, “That backing sounds fine, but I hope the fans don’t let their enthusiasm get too high. Remember, we have a hard job to do. We hope folks don’t expect miracles overnight.”


The spring 1953 Black and Gold game was an example of how Evashevski, with Schrader’s help, inspired folks to expect the unexpected.

Delivered to your inbox everyday

Dubbed “Operation Big Switch,” the four Iowa football coaches watched the game from the press box and wrote about it for newspapers while eight sports writers directed the play on the field.


The Wisconsin State Journal sports editor thought he detected a game plan in the stunt. He noted Iowa opened its fall season against Michigan State. While Iowa was pitting reporters against coaches, the Spartans were practicing seriously.


By 1956, Evashevski’s way of doing the unexpected bore fruit. The unranked Hawkeyes headed to the Rose Bowl in Pasadena after ending Ohio State’s 17-game win streak.


Schrader was, of course, on hand for that win and reported on the game under a page one banner headline, “Hawkeyes Smell Roses, 6 to 0.”


He told about roses waiting in the Hawkeye locker room, the six-inch steel pipe goal posts that came down for the first time in 28 years, the bedlam that erupted on the field.


“In the press box, an embryo journalist paused in the middle of his story and asked: ‘Is there any chance Michigan or some other team might be chosen over Iowa by the Big Ten directors?’” Schrader wrote. “A veteran scribe (could it have been Gus himself?) gave him a scornful look and replied: ‘Look, buster, all the other teams except Iowa are going to see this Rose Bowl game on TV.’ ”


A chartered United Airlines DC-7 plane took off from Municipal Airport south of Cedar Rapids on the morning of Dec. 18, 1956, with Iowa’s 44-man traveling squad and three journalists from The Gazette — Schrader, writer Don Sulhoff and photographer Tom Merryman.


As the year progressed, dissension arose between athletics director Paul Brechler and the coach. Finally, rumors flew that Evashevski was on the verge of leaving Iowa. Schrader used his “Red Peppers” column in The Gazette to try to change Evashevski’s mind.


“Where do we go trying find a replacement for Evashevski? There is not space or time to list here the reasons why he’s so valuable. There may be other coaches who could have done what he did in breathing life back into Iowa football, but I can’t think of any. Can you?”


Just before the Nov. 17 “Iowa Football” broadcast, Evashevski told Schrader, “Don’t be surprised at anything I might say today.”


“Before I could ask what he meant by that, we were taking our cue to await the little red lights,” Schrader said.


During the show, Evashevski said his “coaching sands (are) running low in my hourglass.”


That prompted Schrader to use his column to persuade the public to convince the coach to stay. On Nov. 25, Schrader published an exclusive report that Evashevski planned to stay at Iowa and that any problems had been resolved.


Evashevski was at a rare loss for words when Schrader later presented him with an hourglass as a gag.


During a commercial break, Evashevski, Schrader, assistant coaches Whitey Piro, Archie Kodros and Jerry Hilgenberg got up to move their chairs on the set. Evashevski got caught up in some drapes and pulled the whole apparatus loose, causing it to fall, narrowly missing Evashevski.


While guests sat in stunned silence, the cameraman swiftly pulled everything out of camera range and the cameras were back on in seconds.


The Hawkeyes and Schrader were back in Pasadena again for the Rose Bowl on Jan. 1, 1959. The Hawkeyes won that one, too, 38-12, against the California Golden Bears.


He clashed off and on during his A.D. years with his coaches and with Schrader.


After months of turmoil in 1970, the university’s Board in Control of Athletics accepted Evashevski’s resignation and fired Coach Ray Nagel, both effective June 30. Nagel was reinstated to finish the year, then was replaced by Frank Lauterbur.


The Evashevski family moved to Petoskey, Mich., that fall.


Schrader and Evashevski kept in touch and remained friends. Schrader continued his news career in Cedar Rapids, and the coach became an ABC-TV football commentator and then covered the Hawkeyes for WHO Radio.


“They became even better friends when both moved into winter retirement homes in Vero Beach, Fla.,” The Gazette wrote in 2001.


“He always called the shots as he saw them, and I didn’t always agree,” Evashevski said. “But we always remained friends.” 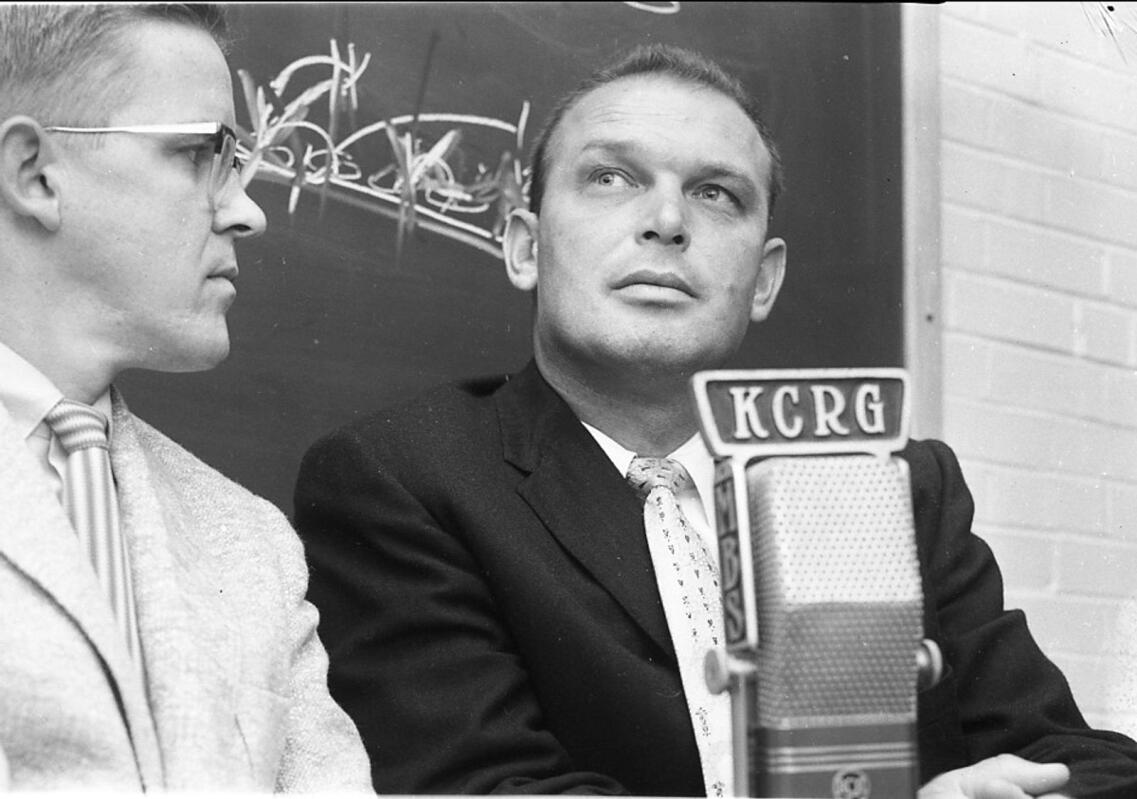 The friendship of an Iowa coach and a Gazette sportswriter

Rep. Kurt Schrader (D) loses his primary in Oregon, despite an endorsement by President Biden

Time Machine: The friendship of an Iowa football coach and a Gazette sportswriter