Tom Brady, the seven-time Super Bowl champion, has for years been the subject of public affection from former President Donald J. Trump.
But according to Tim Michels, the Republican nominee for Wisconsin governor, Mr. Brady is now on texting terms with another Republican seen as a White House contender: Gov. Ron DeSantis of Florida.
Mr. DeSantis attended a Green Bay Packers football game last month and spent part of the game texting with Mr. Brady, according to Mr. Michels, who hosted the Florida governor in Green Bay and told supporters in Wisconsin last week about their time together. Mr. Brady first expressed support for Mr. Trump in 2015, when he was quarterback of the New England Patriots. He signed with the Tampa Bay Buccaneers in 2020.
“I took Governor DeSantis to the Packer game at Lambeau Field,” Mr. Michels told a gathering of the Lake Country Patriots, a far-right group, on Thursday at a brewery in Oconomowoc, Wis. The New York Times was denied entry to the publicly advertised event, but obtained a recording of Mr. Michels’s remarks.
Advertisement
Continue reading the main story


Mr. DeSantis, who on the day of the Packers game had appeared at a rally for Mr. Michels and Senator Ron Johnson of Wisconsin, “had never been to Lambeau Field before and he wanted to go,” Mr. Michels said. “We’re sitting there, you know, we’re watching the game and all of a sudden, I look over and he’s texting and he says, ‘How do you spell Lambeau?’”

Mr. Michels continued: “I say, ‘Who are you texting with?’ He says, ‘I’m texting with Tom Brady.’ The governor of Florida gets to text with Tom Brady.”
Mr. Michels added, “I’m hoping that when I’m governor of Wisconsin, I can text Aaron Rodgers,” the longtime Packers quarterback.
What Mr. DeSantis and Mr. Brady were discussing by text, beyond the governor’s location at that moment, remains a mystery. Representatives for Mr. Brady did not respond to requests for comment. A DeSantis spokeswoman declined to comment.
There’s a bit to unpack here.
In September 2015, Mr. Brady was among the first mainstream celebrities to promote Mr. Trump’s presidential candidacy. He was spotted with a red “Make America Great Again” hat in his locker and said “it would be great” if Mr. Trump, a longtime golfing partner, took the White House.

But Mr. Brady — perhaps at the suggestion of his wife, Gisele Bündchen, who said she and her husband did not vote for Mr. Trump in 2016 — later kept his distance. When the Patriots won the Super Bowl in 2017, Mr. Brady did not attend the subsequent reception at the White House.
Mr. Brady and Ms. Bündchen have in recent weeks reportedly hired divorce lawyers.
Then there’s the idea that Mr. DeSantis, a Harvard- and Yale-educated former college athlete who has privately teased a 2024 presidential run, needed help spelling the name of the most storied stadium in the National Football League — and a hallowed place for many voters in a critical presidential battleground state. At least Mr. DeSantis didn’t need help pronouncing Lambeau, a name that has tripped up past presidential aspirants.
For Mr. Michels, whose campaign also did not respond to inquiries about his remarks, it is good but perhaps risky politics to seek a friendship with Mr. Rodgers, himself a Super Bowl-winning quarterback (albeit only once, to the consternation of much of Wisconsin) who is unquestionably the most popular figure in the state.
Mr. Rodgers, like Mr. Brady, has dabbled in politics with some complications. In 2011, he supported unionized public school teachers in their fight with Gov. Scott Walker. Later, he said the quarterback Colin Kaepernick belonged in the N.F.L. after Mr. Trump called for his banishment for kneeling during the pregame playing of the national anthem to protest police violence against Black people.
But last year, Mr. Rodgers, who refused to be vaccinated against Covid, became a source of misinformation about the vaccines. That made him a hero to Wisconsin’s fellow vaccine skeptics, in particular Senator Johnson, who thanked him “for his courage in defending personal freedom and health autonomy.”
This month, Mr. Johnson campaigned with Packers fans while wearing Mr. Rodgers’s jersey.
Mr. Michels, who is locked in a tight battle with Gov. Tony Evers, a Democrat, was with Mr. Johnson outside Lambeau Field, though he was conspicuous in his lack of Packers gear. A local Democrat pointed out that Mr. Michels, a Wisconsin native who spent more than a decade living in Connecticut and Manhattan before moving back home to run for governor, was wearing a green vest that was the shade worn by the visiting Jets, not the hometown Packers. 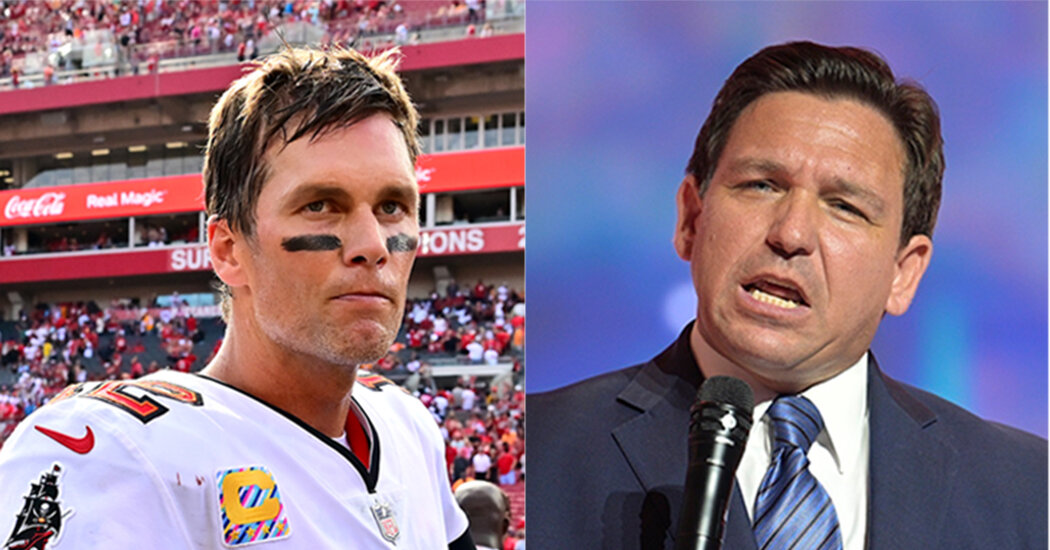 The Republican nominee for Wisconsin governor, Tim Michels, told supporters recently that while DeSantis was watching a Packers game at Lambeau Field, he was texting the Buccaneers quarterback.

I mean the guy gave up life with a supermodel and a cushy $40 million a year job, to go 3-4 in the worst division in the NFL.
Reactions: HawkRCID, noleclone2 and cigaretteman

This is a story?
Reactions: DFSNOLE, Moral and Rudolph

If it has the words “Trump” and “DeSantis” I’m pretty sure the Ciggy algorithm can’t pass it up.

This is America, Bin.
Reactions: Moral and binsfeldcyhawk2

Rudolph said:
This is America, Bin.
Click to expand...

Why yes, yes, we are.
Reactions: Moral and binsfeldcyhawk2

Not in my book. They didnt even go into detail on their outfits when they were at Lambaeu.
Reactions: binsfeldcyhawk2 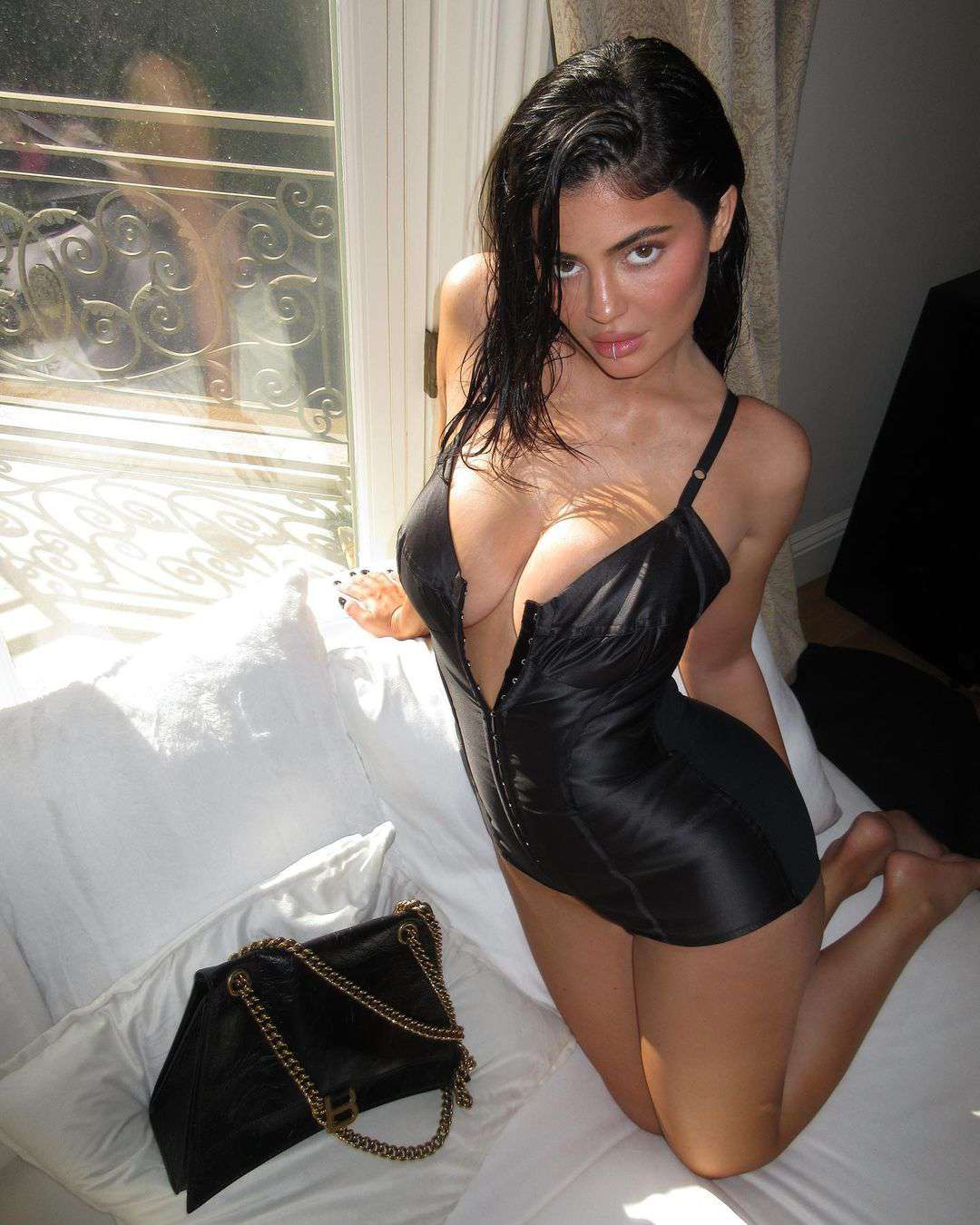 seminole97 said:
If it has the words “Trump” and “DeSantis” I’m pretty sure the Ciggy algorithm can’t pass it up.
Click to expand...

Try as he might, DieSantis can't become a scum agent to equal the Orange Turd.
You must log in or register to reply here.

Former Gaetz Confidant Is Sentenced to 11 Years in Prison

Tom Brady trying to save GOP from Trump, but Republicans are determined for their party be a hate America joke