“It’s the biggest federalism issue in a long time,” Chief Justice Nathan L. Hecht of the Texas Supreme Court said on the phone the other day. “Maybe ever.”
He was explaining why the Conference of Chief Justices, a group representing the top state judicial officers in the nation, had decided to file a brief in the U.S. Supreme Court in a politically charged election-law case. The brief urged the court to reject a legal theory pressed by Republicans that would give state legislatures extraordinary power.
Nicholas Stephanopoulos, a law professor at Harvard, said the brief underscored how momentous the decision in the case could be.

“It’s highly unusual for the Conference of Chief Justices to file an amicus brief in the Supreme Court,” he said. “It’s even rarer for the conference to do so in a controversial, ideologically charged case.”

Advertisement
Continue reading the main story
If the Supreme Court adopts the theory, it will radically reshape how federal elections are conducted by giving state lawmakers independent authority, not subject to review by state courts, to set election rules in conflict with state constitutions.
The conference’s brief, which was nominally filed in support of neither party, urged the Supreme Court to reject that approach, sometimes called the independent state legislature theory. The Constitution, the brief said, “does not oust state courts from their traditional role in reviewing election laws under state constitutions.”
The case, Moore v. Harper, No. 21-1271, will be argued in the coming months. It concerns a congressional voting map drawn by the North Carolina Legislature favoring Republicans that was rejected as a partisan gerrymander by the state’s Supreme Court. Republican lawmakers seeking to restore the legislative map argued that the state court had been powerless to act. 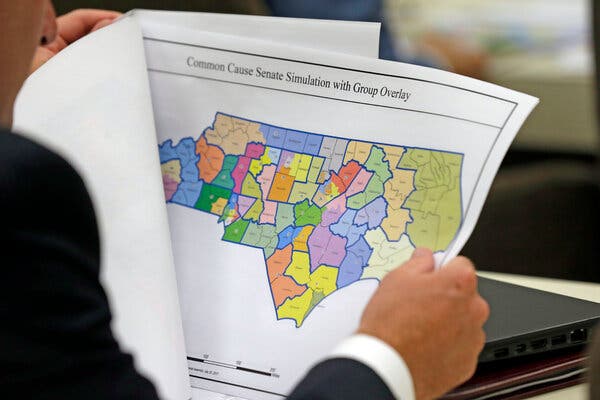 Four conservative members of the U.S. Supreme Court have issued opinions indicating that they may be ready to endorse the independent state legislature theory. Professor Stephanopoulos said the conference’s decision to raise its voice was telling.

Advertisement
Continue reading the main story
“That the conference is willing to take a stand here highlights how extreme and dangerous the argument of the North Carolina legislators is,” he said. “That argument would undermine the authority of state courts to interpret state law — a bedrock principle of our system of federalism, and one that conservative justices historically championed, not questioned.”
Empowering state legislatures at the expense of state courts would, these days at least, generally seem to help Republicans, who control more legislatures.
But Chief Justice Hecht, who was elected as a Republican and has called for ending partisan elections for judges in his state, said the constitutional principles should remain constant.
“Politics can shift,” he said. “You can say, ‘We want these people to make the call because they’re in the right party.’ But tomorrow they might not be in the right party — but they still get to make the call.”
Evan Caminker, a law professor at the University of Michigan who represents the conference along with two prominent Supreme Court specialists, Carter G. Phillips and Virginia A. Seitz, said the filing was part of a useful dialogue.
“This brief provides a rare and important opportunity for federal Supreme Court justices to receive direct input from their peers who sit on state supreme courts,” Professor Caminker said. “State justices have a central stake in this case because, in our federalist system, they typically have the final say over the meaning of state law, and here they can directly explain to their federal counterparts why their traditional state role is worthy of protection.”

The independent state legislature theory is based on a literal reading of two similar provisions of the U.S. Constitution. The one at issue in the North Carolina case, the Elections Clause, says: “The times, places and manner of holding elections for senators and representatives, shall be prescribed in each state by the legislature thereof.”

Advertisement
Continue reading the main story
That means, North Carolina Republicans argued, that state legislatures have sole responsibility among state institutions for drawing congressional districts and that state courts have no role to play in applying their states’ constitutions.
Meet The Times’s Supreme Court Reporter
Adam Liptak, who has been covering the Supreme Court since 2008, started at The Times as a copy boy in 1984. He left to attend Yale Law School, became a practicing lawyer and worked in The Times’s corporate legal department before returning to the newsroom. Learn about how he approaches covering the court.
Following the Beat of the Court
March 17, 2022
The North Carolina Supreme Court rejected that argument, saying that was “repugnant to the sovereignty of states, the authority of state constitutions and the independence of state courts, and would produce absurd and dangerous consequences.”
Texas and a dozen other states led by Republicans filed a brief supporting the North Carolina lawmakers. “The Elections Clause forbids state courts from usurping state legislatures’ districting authority,” it said.
The Conference of Chief Justices’ brief said that reading was too cramped. “While the text of the Elections Clause requires that state legislatures prescribe the laws governing federal elections,” it said, “it does not otherwise displace the states’ established authority to determine the final content of their election laws, including through normal judicial review for constitutionality.”
Chief Justice Hecht said the U.S. Supreme Court’s ruling in the case was unlikely to be limited to redistricting and could open the floodgates for all sorts of election challenges in federal courts.
“The Constitution’s language is very broad about time, place and manner of elections,” he said. “So that’s mail-in ballots, what it takes to register, what ID you have to show, how late the polls are open, how the ballots are counted, who gets to sit and watch when they do. The state courts get scores of these cases in virtually every election.”
The case, he added, “will profoundly affect both the state and the federal courts.” 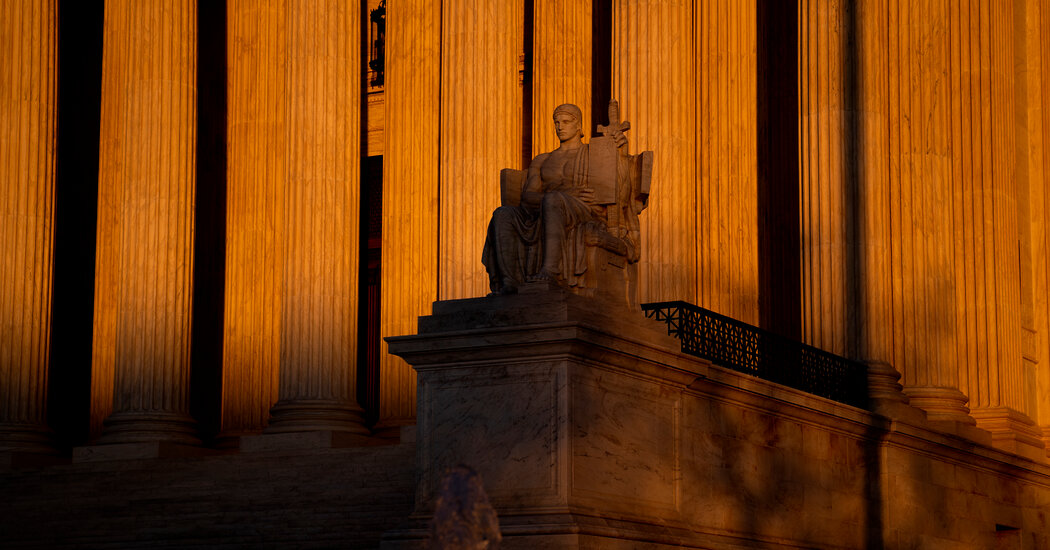 It will be interesting moving forward.

Why are we letting the GOP rewrite any law they want so they can continue to win elections with the minority of voters?
Reactions: ICHerky, joelbc1 and cigaretteman

The GOP cannot win elections nationwide, or in anything approaching an equally matched field. So, they are changing the rules instead of appealing to more voters.
Reactions: DFSNOLE and cigaretteman

Opinion The Supreme Court’s majority reconvenes its assault on democracy