The trial began Tuesday for a man accused of illegally recording people in 2019 and early 2020 in his Bettendorf home.

Clinton R. Van Fossen, 61, faces five charges of invasion of privacy, a charge of electronic and mechanical eavesdropping and another of obstructing prosecution or defense, according to Scott County court records.
Authorities allege at least two people were recorded multiple times without their knowledge or consent in late December 2019 and early January 2020. At the time, they were staying as guests in a bedroom at Van Fossen’s home. Authorities also accuse Van Fossen of disposing of a cellphone which may have contained evidence pertinent to the case.

In previous reporting, the Bettendorf police said it was not thought that the case involved any minors.

Tuesday’s testimony began with witnesses for First Assistant Scott County Attorney Amy DeVine, who is prosecuting the case. First were the two people whose activities were recorded. The newspaper is not identifying them.​


Their testimony included that they thought they had an expectation of privacy while they were in the bedroom. They said they did not know they were being recorded and did not give their consent to be recorded.

Portions of the footage allegedly recovered from the home was played during Tuesday’s proceedings. It showed them at several points while they were partially clothed inside the bedroom.

Under cross examination by Ryan Beckenbaugh, Van Fossen’s defense attorney, their statements included that Van Fossen has never made any sexual advances or comments to them and that they did not know whether or not he had ever viewed the footage.
Bettendorf Police Detective Jeff Buckles, who took part in the investigation and wrote the initial complaint and affidavit outlining the charges against Van Fossen, was another witness Tuesday. He walked through how the case began and of the evidence collected once police became involved.

The complaint he wrote included that the police were initially notified via a cybertip from the National Center for Missing and Exploited Children. The tip included that an apparently teenage female was being filmed, at times nude, likely without knowledge that the device was present.

Footage allegedly recovered from one of the cameras shows Van Fossen using a cellphone and looking in the direction of one of the cameras, then manually adjusting that camera’s direction, according to Buckle’s complaint. That footage is from October of 2019.
When they researched the brand of cameras recovered, investigators learned a cellphone or other device could be used to interact with them, Buckles testified. The company also confirmed that Van Fossen bought two of the cameras.


While being questioned by Beckenbaugh, Buckles testified that the cameras could operate without human intervention, and that he did not know if Van Fossen viewed the footage, which was recovered directly from the camera’s storage.

Shortly after learning of the investigation, Van Fossen purchased a new cellphone and the phone he possessed before that was not found during the investigation, Buckles testified.
The complaint Buckles wrote states authorities think Van Fossen somehow disposed of the phone to prevent police from examining it.
Tuesday, he testified that suspicion stemmed from the timing of Van Fossen’s purchase of the new cellphone.

Evidence presented during Buckles’ testimony included photographs taken by police of the two cameras allegedly recovered from the home and the positions on the ceiling where police said they were recovered. One was positioned just inside the bedroom door and the other, just outside it, in the hallway.

There was also a list of various computers and other devices confiscated from the home, which was at least partially read aloud by Beckenbaugh as he questioned Buckles.
Buckles said the devices did not contain any evidence pertinent to the investigation, but that portions of the items on the list belonged to other members of Van Fossen’s household.

Van Fossen has opted for a bench trial. That means District Court Judge Meghan Corbin, who is presiding over the case, will decide Van Fossen’s culpability instead of a jury.

When he was charged, Van Fossen was a teacher for the Davenport Community School District, according to previous reporting. At the time, district officials said he had been put on paid administrative leave.
Recently Mike Vondran, district spokesman, said Van Fossen’s employment with the district was terminated on April 16, 2020. 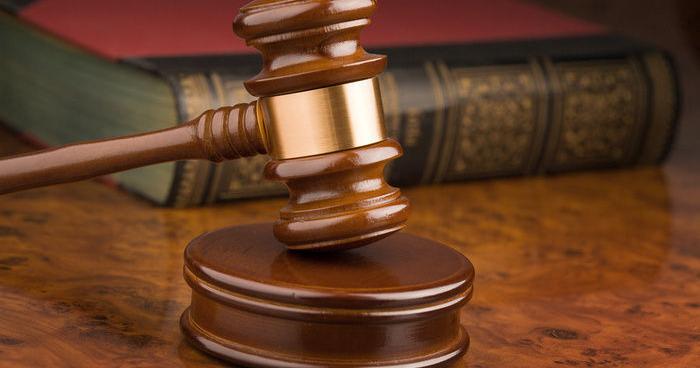 Police say he secretly filmed people in a bedroom in his Bettendorf home.

qctimes.com
You must log in or register to reply here.

These people are sick and vile