According to a report from Rolling Stone, Donald Trump has been in conversations with the Republican Party leadership about the possibility of impeaching President Joe Biden after the midterm election should the GOP take one or both chambers of Congress after Tuesday's midterms.

However, as much as the former president wants to exact revenge on the man who beat him in 2020, he's also concerned about how it might play with the public and impact his own possible 2024 presidential run.

Sources tell Rolling Stone's Asawin Suebsaeng and Patrick Reis that the former president has been having ongoing conversations for months about a Biden impeachment -- and possibly multiple impeachments if the first attempt fails to garner support in a closely divided Senate -- while asking if the leadership has taken the temperature of the caucus to see if they have a taste for going after Biden.

The report states that "Trump in recent months has repeatedly asked 'how many' times Republicans plan to impeach the president if they take control of the House, the sources said. He has also, the sources said, asked about what they would do to impeach certain high-ranking Biden administration officials," before adding, "But his interest in impeachment sets up a potential point of tension between him and GOP leadership in Congress, as top Republican lawmakers have reservations about the political wisdom of attempting to put Biden on trial."

Related video: Does Trump still lead the GOP or has the party moved on?

may privately wish it were not so, but there's no stronger, more
Loaded: 24.08%

Does Trump still lead the GOP or has the party moved on?
Unmute
0

READ MORE: 'There will be hell to pay': Election Day mayhem forecast in electoral battleground states


This Game is So Beautiful. If You Have a Computer it's a Must-Have.
Ad
Raid: Shadow Legends 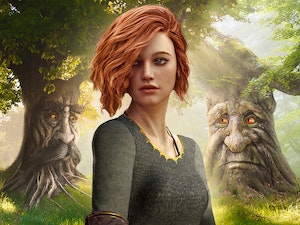 The report also notes that while Trump believes Biden deserves to be impeached, he worries it might create a backlash among voters that could give the current president a boost should he also run for re-election.

"Trump himself has inquired about potential political pitfalls of impeachment in his conversations with lawmakers. 'The [former] president definitely said Biden deserves it, but he also asked if it would even 'work’ and if impeachment would be good for [Biden’s] polls,'" a source explained.

Complicating matters are showboating lawmakers like Reps. Matt Gaetz (R-FL) and Marjorie Taylor Greene (R-GA) who have already been making plans for a series of impeachment hearings on Biden and officials in his administration, with the Georgia lawmaker recently tweeting, "This will happen. Any GOP Member growing weak on this will sorely disappoint our country.”

That, should the Republican Party leadership decide it's not in the overall caucus's best interests, would put pressure on presumptive House Speaker Kevin McCarthy's to keep the members in line -- and possibly impact his chances of taking up the speaker's gavel.

The report adds, "Regardless of how top Republicans feel, the party’s voters are keen on impeachment. A University of Massachusetts Amherst poll this spring found that more than two-thirds of Republican voters believe their party should use control of the House to impeach Biden. And with a hungry voter base and an upcoming open presidential primary, it’s likely some potential rivals to Trump for the nomination will take up the call."

You can read more here.

Whatever happens then next two plus years, there is no doubt it’ll be horrifyingly entertaining. HORT should be fun.
Reactions: cigaretteman and joelbc1
H

Trump needs a VR world where he is constantly praised. They could easily keep him in the basement of his little palace if he had a good set up.
Reactions: cigaretteman

Impeached on what charges?
Reactions: cigaretteman

“Owning the libs” is the only reason they need
Reactions: cigaretteman, lucas80, MitchLL and 3 others

Chargers of being down to party

Just watch...the Republicans will piss away their time in the majority in Congress the next two years and alienate voters for 2024.
Reactions: cigaretteman and lucas80

The failure to implement Trump's amazing withdrawal plan from Afghanistan correctly. The fact that for 200+ years people have been coming across our borders illegally. Hunter. China owns him apparently. They'll come up with something.
Reactions: cigaretteman

Formerly Rockymtnole said:
Whatever happens then next two plus years, there is no doubt it’ll be horrifyingly entertaining. HORT should be fun.
Click to expand...

Funner than usual?
How is that possible?
Reactions: Formerly Rockymtnole
You must log in or register to reply here.

Opinion Why Biden is going to Kentucky — with McConnell, no less

Opinion How Biden earned an ‘I told you so’