Trump organizations agree to pay $750,000 to settle lawsuit with District

The Trump Organization and Trump’s Presidential Inaugural Committee on Tuesday agreed to pay the District $750,000 to settle a lawsuit the city filed alleging the organizations misused nonprofit funds to benefit the former president and his family.
The city’s Office of the Attorney General filed a lawsuit in 2020 in D.C. Superior Court alleging the Inaugural Committee, a nonprofit corporation, coordinated with Trump’s family to overpay for event space in the Trump International Hotel in downtown Washington and even paid for space on days when it did not hold events. Lawyers for the District also accused Trump’s organization of improperly using nonprofit funds to throw a private party on Jan. 20, 2017 for Trump’s children — Ivanka, Donald Jr. and Eric — which cost $300,000. The city also alleged the Trump Organization, the inaugural committee and the Trump International Hotel misused $1.1 million.
D.C. Attorney General Karl A. Racine said the settlement enables the city to “claw back money” Trump’s inaugural committee misused.
ADVERTISING
“After he was elected, one of the first actions Donald Trump took was illegally using his own inauguration to enrich his family,” Racine said in a statement. “We refused to let that corruption stand. No one is above the law — not even a president. Nonprofit funds cannot be used to line the pockets of individuals, no matter how powerful they are. Now any future presidential inaugural committees are on notice that they will not get away with such egregious actions.”
Nonprofits such as Trump’s committee cannot use funds to give private benefits to its leaders. Trump was not formally an officer of the inaugural committee, but Racine has asserted that for the purposes of the lawsuit, Trump and his family should still be treated as its leaders because they exercised control off the books.
Racine’s office identified two D.C. nonprofit, youth oriented organizations — Mikva Challenge DC and DC Action — that will each receive $375,000 via the settlement.
In the city’s lawsuit, attorneys asserted the Trump Organization and the Inaugural Committee paid “vastly inflated prices” to the hotel even after senior committee staff and members of the Trump family were warned that the charges were unreasonable. The committee’s payments, the lawyers argued in filings, “flowed directly to the Trump family,” thereby disregarding the committee’s bylaws that prohibited the use of its funds for private enrichment.

In court documents, the Trump Organization and the Inaugural Committee argued that the Trump hotel charged “market rate” for its spaces, in line with its status as a luxury hotel near the White House.
Attorneys for Trump could not be immediately reached for comment on the settlement.
The city lawyers also argued that the Trump Inauguration Committee misused nonprofit funds by paying a $50,000 debt owed for rooms at the Loews Madison hotel for Trump’s family and friends during inauguration week. The Trump organization reserved the rooms, the lawyers alleged, then failed to pay the bill.
Trump’s attorneys had unsuccessfully tried to get the case dismissed.
A D.C. Superior Court judge in 2021 threw out part of the District’s lawsuit alleging Trump’s 2017 Inaugural Committee “wasted” $1 million at the president’s hotel after determining the city could not prove the misuse of the funds was deliberate. But the judge also ruled the remainder of the lawsuit accusing the nonprofit misused assets could remain.

Sounds fair. I'm sure we all would be treated this way for being scammers.
Reactions: fsu1jreed, HawkMD, lucas80 and 1 other person

Funky Bunch said:
Sounds fair. I'm sure we all would be treated this way for being scammers.
Click to expand...

He was new to DC. He’s just a businessman. He didn’t know there were rules against stealing from a non profit.
Reactions: cigaretteman, Funky Bunch, fsu1jreed and 1 other person

This is the first time he’s run into issues like this. I’m sure he’ll learn his lesson. 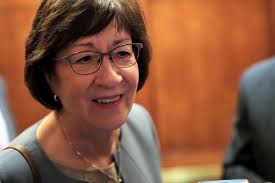 Wow... It appears the Fox "News" folks have been given marching orders to move on from Trump

Opinion Now we know the truth on what Trump sought to obscure about Jan. 6