Shortly after hundreds of rioters at the Capitol started chanting “Hang Mike Pence!” on Jan. 6, 2021, the White House chief of staff, Mark Meadows, left the dining room off the Oval Office, walked into his own office and told colleagues that President Donald J. Trump was complaining that the vice president was being whisked to safety.
Mr. Meadows, according to an account provided to the House committee investigating Jan. 6, then told the colleagues that Mr. Trump had said something to the effect of, maybe Mr. Pence should be hanged.
It is not clear what tone Mr. Trump was said to have used. But the reported remark was further evidence of how extreme the rupture between the president and his vice president had become, and of how Mr. Trump not only failed to take action to call off the rioters but appeared to identify with their sentiments about Mr. Pence — whom he had unsuccessfully pressured to block certification of the Electoral College results that day — as a reflection of his own frustration at being unable to reverse his loss.
The account of Mr. Trump’s comment was initially provided to the House committee by at least one witness, according to two people briefed on their work, as the panel develops a timeline of what the president was doing during the riot.
Advertisement
Continue reading the main story


Another witness, Cassidy Hutchinson, a former aide to Mr. Meadows who was present in his office when he recounted Mr. Trump’s remarks, was asked by the committee about the account and confirmed it, according to the people familiar with the panel’s work. It was not immediately clear how much detailed information Ms. Hutchinson provided. She has cooperated with the committee in three separate interviews after receiving a subpoena.
A lawyer for Mr. Meadows said he has “every reason to believe” that the account of what Mr. Meadows said “is untrue.”
Taylor Budowich, a spokesman for Mr. Trump, criticized the committee’s work. “This partisan committee’s vague ‘leaks,’ anonymous testimony and willingness to alter evidence proves it’s just an extension of the Democrat smear campaign that has been exposed time and time again for being fabricated and dishonest,” he said. “Americans are tired of the Democrat lies and the charades, but, sadly, it’s the only thing they have to offer.”
Mr. Budowich did not address the substance of the information provided to the committee.
A lawyer for Ms. Hutchinson did not respond to a message seeking comment. A spokesman for the committee declined to comment.
Mr. Pence resisted weeks of pressure from Mr. Trump and some of his allies to use his ceremonial role in overseeing Congress’s certification of the electoral votes on Jan. 6 to block or delay Joseph R. Biden Jr.’s victory. Despite being told by Mr. Pence and his advisers that they did not believe that the vice president had that power, Mr. Trump continued to apply pressure, privately and publicly, through that morning.

Mr. Trump denounced Mr. Pence’s unwillingness to go along with the effort during his rally at the Ellipse just before the Electoral College certification began in the Capitol.
“We want to be so respectful of everybody,” Mr. Trump said in a slashing speech in which he attacked various people and institutions for not cooperating with his desires. “And we are going to have to fight much harder. And Mike Pence is going to have to come through for us, and if he doesn’t, that will be a sad day for our country. Because you’re sworn to uphold our Constitution.”
A short time later, Mr. Trump’s supporters marched up to the Capitol on his encouragement. Some chanted “Hang Mike Pence!” as a gallows was set up outside the Capitol building. Mr. Pence, who had arrived earlier at the Capitol, was taken to safety in an underground garage as the top congressional leadership of both parties was evacuated.
Mr. Trump, watching television throughout the riot, spoke approvingly of those chants as he discussed them with Mr. Meadows and possibly other aides, according to the testimony that the committee has heard.
The panel is trying to develop a report portraying the events as part of Mr. Trump’s quest to stay in office, including how he stoked anger at his loss among his supporters and redirected it against Mr. Pence and members of Congress during what is typically a routine certification process.
The committee has also gathered testimony that Mr. Meadows used the fireplace in his office to burn documents, according to two people briefed on the panel’s questions. The committee has asked witnesses about how Mr. Meadows handled documents and records after the election. 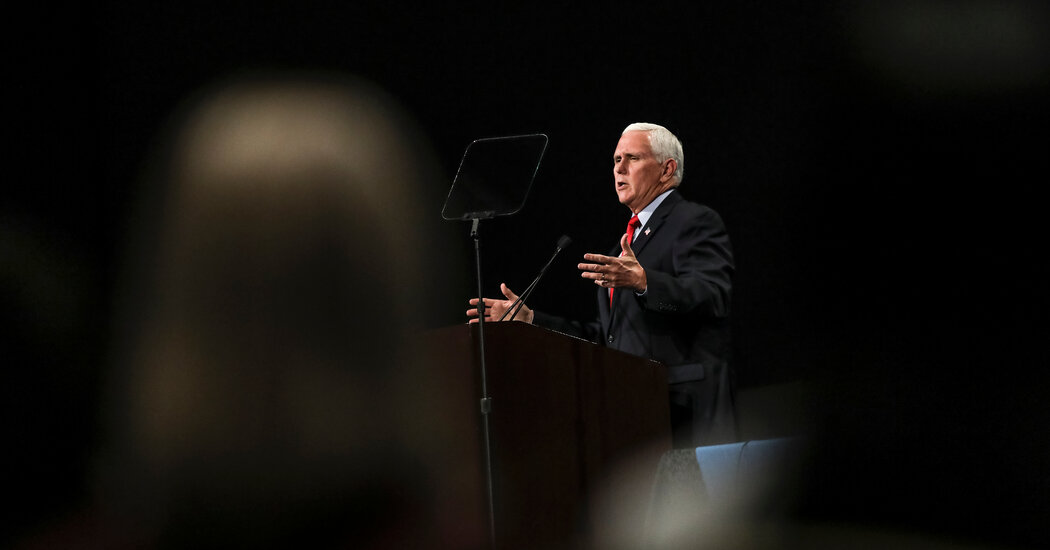 The House committee investigating the Capitol assault has heard accounts of the former president’s remarks as he watched the riot unfold on television.