Two Bombings in One Night? That’s Normal Now in Sweden.

The immigration issue in Europe is a big driving force behind the ascendance of right wing parties across Europe. This article makes the case that Sweden mishandled the issue and as a result voters turned to right wing parties that offered solutions.

The Sweden Democrats, or SD, is now the second-biggest party in parliament, and the biggest party of the right-wing bloc—gaining more votes than the more traditional center-right Moderate party. (It remains to be seen whether Ulf Kristersson, leader of the Moderates, can form a government with the support of SD, while sticking to his promise not to allow the party into the government coalition.)

So how did Sweden’s famously liberal electorate usher in a party with roots on the extreme right? In a word: denial.
Click to expand... 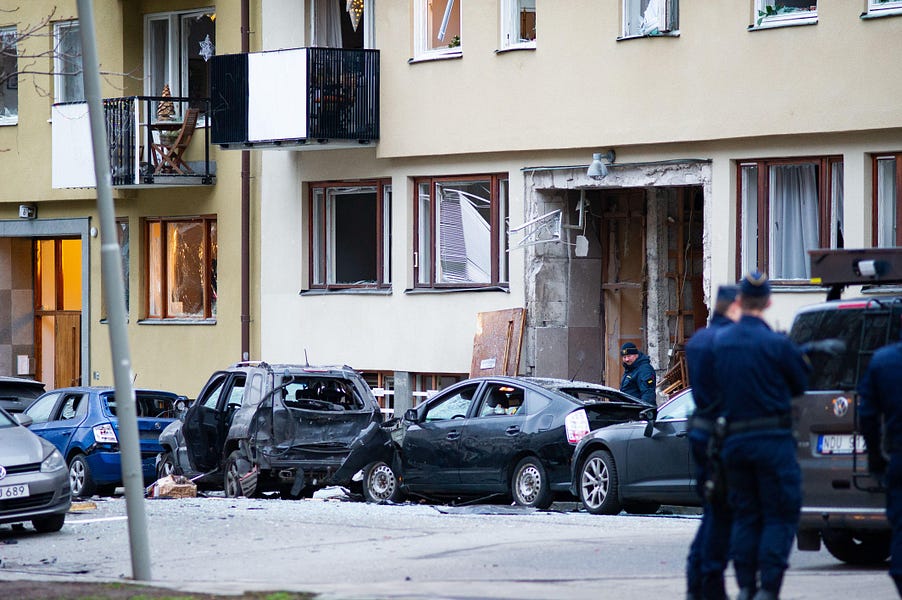 Two Bombings in One Night? That’s Normal Now in Sweden.

My country just voted in a right-wing government. The almost 500 bombings since 2018 may have something to do with it.

This where we say pew pew?

So back in 2017 or so, right after Trump was elected, I took a tour of the internet and what was happening politically. I stumbled upon Breitbart. Breitbart was running a ton of Sweden stuff, focusing on their supposed problems with immigration. I spent a little bit of time on the issue, but found it hard to get to the bottom of it.

5 years later we have this.

Every country needs a neo-nazi party that calls itself the 'solution to the immigration problem.'

Very informative article. Spotify is based in Sweden. Who knew?

IACub said:
Very informative article. Spotify is based in Sweden. Who knew?
Click to expand...

I assume most of the bombs were new Post Malone songs.
Reactions: BelemNole

Boom Boom.
You must log in or register to reply here.

Opinion America is now a tyranny of the minority