By Paul Krugman
Opinion Columnist
Sign up for the Opinion Today newsletter Get expert analysis of the news and a guide to the big ideas shaping the world every weekday morning. Get it sent to your inbox.
Why didn’t a bad economy lead to the widely predicted midterm “blood bath” for Democrats?
It’s still unclear which party will end up controlling Congress, but Democrats greatly surpassed normal midterm performance for a party that holds the White House. They didn’t suffer anything like their loss of 64 House seats in 2010 or Republicans’ 42-seat loss in 2018.
What happened? The new narrative is that it was all about abortion, which proved a more powerful issue than expected. And abortion concerns surely helped stave off a red wave. But exit polls suggest that concerns about the future of democracy — which cynical observers dismissed as unlikely to move many voters — were also quite important, with almost as many voters citing it as their primary consideration as the number who cited inflation.
And maybe the economy wasn’t as much of a drag on Democrats as expected. Some of us have been arguing for a while that economic performance under President Biden has been better than much of what you see in the news media would suggest.
The job market has actually been terrific, with a stunningly fast return to prepandemic employment levels, contrasting with the sluggish recovery from the 2008 financial crisis. Rising prices have eroded purchasing power, but wages have also risen, outpacing inflation for lower-paid workers both since the eve of the pandemic and since Biden took office.
Advertisement
Continue reading the main story


Economists pointing out the positive economic news have generally been dismissed as out of touch; ordinary Americans, we were told, weren’t feeling it. After all, the widely cited University of Michigan index of consumer sentiment has plunged to levels not seen since the financial crisis, and before that the stagflation of 1980.
But there are other indicators, and they tell a different story. Another long-running consumer survey, from the nonpartisan Conference Board, shows inflation taking a toll on confidence — but only enough to bring it down to 2015 levels. And if you ask me, this week’s election looked more Conference Board than Michigan.
A Federal Reserve survey for 2021 showed households very negative on the national economy but very positive on their own finances, and somewhere in between on local economies, for which they have firsthand knowledge. My guess is that the results for 2022 will look similar. And consumer spending has remained strong, which doesn’t match up with claims of intense economic pessimism.
It seems at least possible that Americans told pollsters that the economy is terrible, because that’s what they’ve been hearing from the media, but voted based on their personal experience, which is much more mixed.
Furthermore, while voters greatly dislike inflation, it’s not clear how much this moved their votes.

It’s true that voters who cited inflation as their biggest concern tended to vote Republican — more than seven in 10, according to CNN’s exit poll. But if you think about it, that statistic raises problems of cause and effect. Did people concerned about inflation tend to vote Republican, or did people who were already going to vote Republican tend to identify inflation as their key issue? Probably some of both.
NBC asked a somewhat different question: Which party do you trust more to handle inflation? Republicans were favored — but by only 52 percent to 44 percent, which strikes me as a surprisingly narrow margin, given the historical tendency of voters to blame the party holding the White House whenever bad things happen.
So maybe political analysts haven’t been giving voters enough credit. Rising prices bother Americans, a lot, but it’s possible that many of them have seen through the emptiness of G.O.P. rhetoric and realized that Republicans don’t have an inflation plan.
Which brings me to the final question: What were the political consequences of Bidenomics?
The conventional view is that large spending early in Biden’s presidency was politically disastrous, because it fed inflation and led to a widespread public backlash. While the American Rescue Plan also helped promote rapid job growth, we were told that Democrats weren’t getting any credit for that.
Given the election results, however, it seems that job growth may have been more of a positive for Democrats than the narrative suggested. And while big spending in 2021 probably did contribute to inflation, a large part of recent inflation — especially the surge in politically salient gasoline and food prices — reflected events outside any president’s control (unless that president is named Vladimir Putin).
Put it this way: If there had been no rescue plan and inflation were 6 percent instead of 8 percent, but gas and grocery prices had spiked anyway, would Democrats have been in a much stronger political position? Probably not. And if there were fewer jobs created by fiscal stimulus, Democrats might actually have done worse.
My point is that while the midterms showed that voters care about issues going beyond economics, they also suggested that harsh negative verdicts on Bidenomics were premature. Biden’s economy hasn’t been that bad, and it didn’t sink his party. 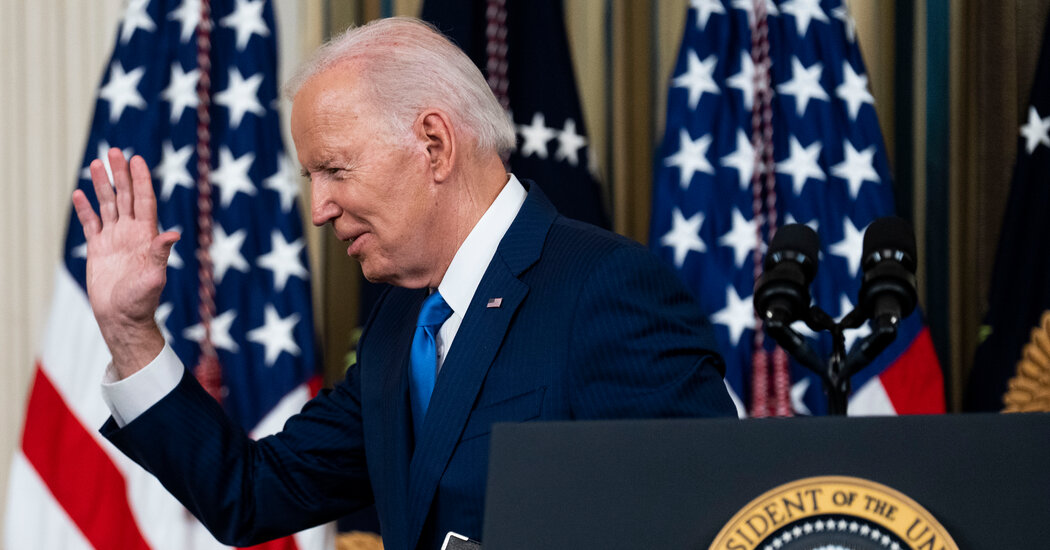 www.nytimes.com
Reactions: Chishawk1425
You must log in or register to reply here.

Opinion Democrats are drowning in denial