The average life expectancy of Americans fell precipitously in 2020 and 2021, the sharpest two-year decline in nearly 100 years and a stark reminder of the toll exacted on the nation by the continuing coronavirus pandemic.
In 2021, the average American could expect to live until the age of 76, federal health researchers reported on Wednesday. The figure represents a loss of almost three years since 2019, when Americans could expect to live, on average, nearly 79 years.
The reduction has been particularly steep among Native Americans and Alaska Natives, the National Center for Health Statistics reported. Average life expectancy in those groups was shortened by four years in 2020 alone.
Advertisement
Continue reading the main story


The cumulative decline since the pandemic started, more than six and a half years on average, has brought life expectancy to 65 among Native Americans and Alaska Natives — on par with the figure for all Americans in 1944.

In 2021, the shortening of life span was more pronounced among white Americans than among Black Americans, who saw greater reductions in the first year of the pandemic.
While the pandemic has driven most of the decline in life expectancy, a rise in accidental deaths and drug overdoses also contributed, as did deaths from heart disease, chronic liver disease and cirrhosis, the new report found.
Until now, experts have been accustomed to measuring life expectancy changes in increments of months, not years.
“Even small declines in life expectancy of a tenth or two-tenths of a year mean that on a population level, a lot more people are dying prematurely than they really should be,” said Robert Anderson, chief of mortality statistics at the N.C.H.S.
Advertisement
Continue reading the main story


“This signals a huge impact on the population in terms of increased mortality,” he added.
Dr. Steven Woolf, director emeritus of the Center on Society and Health at Virginia Commonwealth University, characterized the diminution of life expectancy in the United States as “historic.”

While other high-income countries were also hard hit in 2020, the first year of the pandemic, most had begun to recover by last year, he said.
“None of them experienced a continuing fall in life expectancy like the U.S. did, and a good number of them saw life expectancy start inching back to normal,” Dr. Woolf said.
Those countries had more successful vaccination campaigns and populations that were more willing to take behavioral measures to prevent infections, such as wearing masks, he said, adding: “The U.S. is clearly an outlier.”

But the coronavirus was not solely to blame. Longstanding health problems — rooted in poverty, discrimination and poor access to health care — left Native Americans and Alaska Natives particularly vulnerable to the virus, said Dr. Ann Bullock, former director of diabetes treatment and prevention at the federal Indian Health Service agency and a member of the Minnesota Chippewa Tribe.
One in seven Native Americans and Alaska Natives has diabetes, the highest rate among racial or ethnic groups in the United States, and many struggle with obesity or excess weight. Both conditions make people more susceptible to severe Covid-19, and crowded multigenerational housing adds to the risk.
Advertisement
Continue reading the main story


“There is no doubt Covid was a contributor to the increase in mortality during the last couple of years, but it didn’t start these problems — it made everything that much worse,” Dr. Bullock said.

Average life expectancy in these populations is now “lower than that of every country in the Americas except Haiti, which is astounding,” said Noreen Goldman, professor of demography and public affairs at the Princeton School of Public and International Affairs.
The continued plunge was all the more upsetting because it occurred after a successful vaccination campaign, she said, adding: “The Native American population did quite well in the vaccination efforts, and that made us feel that 2021 would not be as devastating as 2020.”
“That was wrong, and it’s pretty hard to swallow,” she added.
White Americans saw the second-largest decline in average life expectancy in 2021, a drop of one year, to 76.4 in 2021 from 77.4 in 2020. The decline was steeper than that among Black Americans, at seven-tenths of a year. That was followed by Hispanic Americans, whose life expectancy dropped only two-tenths of a year in 2021.
But both Black and Hispanic Americans were hit hard in 2020, the first year of the pandemic. Average life expectancy for Hispanic Americans fell by four years, to 77.9 from 81.9 in 2019. The figure for Black Americans declined almost as much, by more than three years to 71.5 years in 2020.
White Americans experienced the smallest decline during the first year of the pandemic, a drop of 1.4 years to 77.4 from 78.8. For white and Black Americans, life expectancy is now the lowest it has been since 1995, federal researchers said.
Asian Americans held the highest life expectancy among racial and ethnic groups included in the new analysis: 83.5 years, on average. The figure fell only slightly last year, from 83.6 in 2020.

It was the largest reduction in life expectancy in the United States over the course of a two-year period since the early 1920s, when life expectancy fell to 57.2 in 1923. That drop-off may have been related to high unemployment and suicide rates during an earlier recession, as well as a steep increase in mortality among nonwhite men and women.

Although the U.S. health care system is among the best in the world, Americans suffer from what experts have called “the U.S. health disadvantage,” an amalgam of influences that erode well-being, Dr. Woolf said.
These include a fragmented, profit-driven health care system; poor diet and a lack of physical activity; and pervasive risk factors such as smoking, widespread access to guns, poverty and pollution. The problems are compounded for marginalized groups by racism and segregation, he added.
The result is a high disease burden among Americans, and shorter life expectancy compared with that in comparable high-income nations over the last two decades, Dr. Woolf said.
Over a million Americans have died of Covid-19, and more died in 2021 than in 2020 despite the availability of vaccines. To date, only two-thirds of Americans are fully vaccinated, and only one-third have had a booster shot.
“The white population did worse in 2021 than communities of color, besides Native American and Alaska Natives,” Dr. Woolf said. “I think that’s very telling: It reflects the greater efforts by Black and Hispanics to get vaccinated, to wear masks and take other measures to protect themselves, and the greater tendency in white populations to push back on those behaviors.”
The longevity gap between men and women also grew by a couple of months in 2021. American women can now expect to live 79.1 years, almost six years longer than men, whose average life expectancy was 73.2 last year, according to the new data.
Advertisement
Continue reading the main story


The longevity gap between the sexes has been increasing for more than a decade, after narrowing between 2000 and 2010 to about five years. 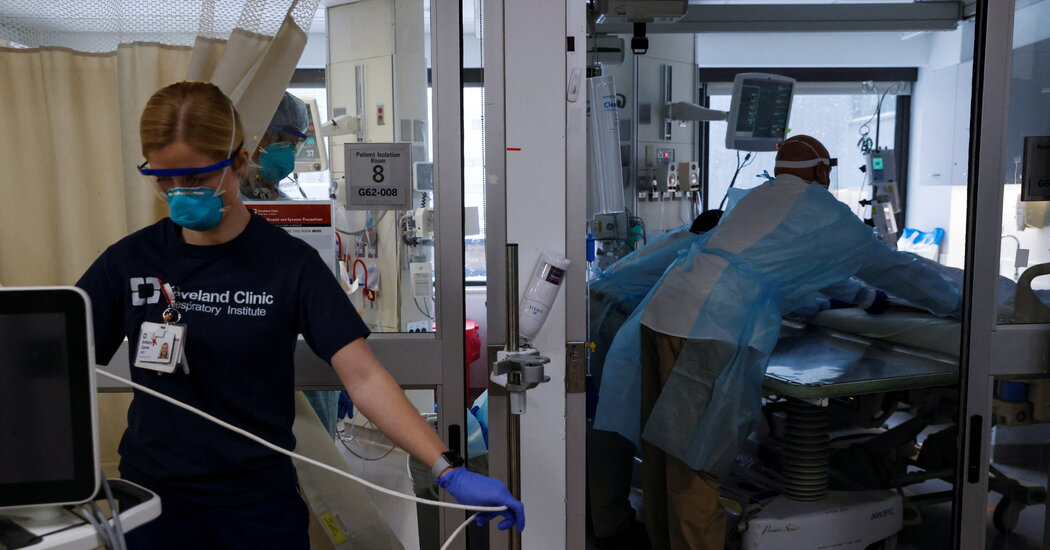 The decline during the pandemic is the sharpest in nearly 100 years, hitting Native American and Alaska Native communities particularly hard.

This isn't a bad thing. There's still too many people. Covid didn't do a good enough job.
Reactions: Slappy Pappy and Finance85

PerkyForHerky said:
This isn't a bad thing. There's still too many people. Covid didn't do a good enough job.
Click to expand...

Not according to Musk

Nature almost always balances things out. There's a good chance nature had some help from the Wuhan Lab this time. Cull the herd.
Reactions: KFsdisciple

Finance85 said:
Nature almost always balances things out. There's a good chance nature had some help from the Wuhan Lab this time. Cull the herd.
Click to expand...

And creates a lot as well.
Reactions: cigaretteman

runkpanole said:
And creates a lot as well.
Click to expand...

Not really important problems,... It just takes us back to a place we've already been.

Rifler said:
Not really important problems,... It just takes us back to a place we've already been.
Click to expand...

So, what good comes from us going back to a place we’ve already been?

Why are folks deciding they can’t live under Biden as President?

Those are all economic issues so in the scheme of things relatively unimportant,.. The potential good that comes from going back to a global population that we previously experienced would be things like the remediation of famine, disease and climate change...

Rifler said:
Those are all economic issues so in the scheme of things relatively unimportant,.. The potential good that comes from going back to a global population that we previously experienced would be things like the remediation of famine, disease and climate change...
Click to expand...

Covid mostly killed the old and unhealthy.
I

So, what good comes from us going back to a place we’ve already been?
Click to expand...

Maybe instead of having to sell a lot of junk and needing people to make it. We could have less jobs and build things to last longer like they use to. You could sell it for a little more and not have to make as much. So much throw away junk in the world today.
Reactions: Rifler
You must log in or register to reply here.

Opinion If today’s GOP baffles you, consider what motivates its base

How much of right-wing opposition to vaccination was Fox News’s fault?