I raised this issue in another thread after I read something suggesting that we might give Ukraine some artillery and rockets that could easily strike inside Russia from positions Ukraine currently holds.

Personally, I'm glad to see that cooler heads have prevailed, for now.

U.S. will not send Ukraine rocket systems that can reach Russia, says Biden​

WASHINGTON, May 30 (Reuters) - The United States will not send Ukraine rocket systems that can reach into Russia, President Joe Biden said on Monday, as Ukraine pushes for longer-range weapons system to help in its fight.

Ukrainian officials have been asking allies for longer-range systems including the Multiple Launch Rocket System, or MLRS, that can fire a barrage of rockets hundreds of miles away.

"We're not going to send to Ukraine rocket systems that strike into Russia," Biden told reporters after arriving back at the White House after a weekend in Delaware.


Biden did not rule out providing any specific weapons system, but instead appeared to be placing conditions on how they could be used. Biden and his team are working on a new package of military equipment and it is expected to be announced in coming days.

The MLRS was under consideration, but nothing with long-range strike capabilities outside of battlefield use, a senior administration official said.


The Ukrainian government has urged the West to provide it with more longer-range weapons in order to turn the tide in the war, now in its fourth month. read more

Biden wants to help Ukraine defend itself but has been opposed to providing weapons that Ukraine could use to attack Russia.

CNN and The Washington Post reported on Friday the Biden administration was leaning towards sending the MLRS and another system, the High Mobility Artillery Rocket System, known as HIMARS, as part of an upcoming military aid package.

Thousands of people have been killed in Ukraine and millions more displaced since the Russian invasion on Feb. 24, which Moscow calls a "special military operation."

Biden's administration and U.S. allies have been increasingly willing to give Ukraine longer-range weaponry, including M777 howitzers, as Kyiv battles Russian forces with more success than intelligence officials had predicted.

But U.S. intelligence has also warned about growing risks, particularly given a mismatch between Russian President Vladimir Putin's apparent ambitions and the performance of his military. 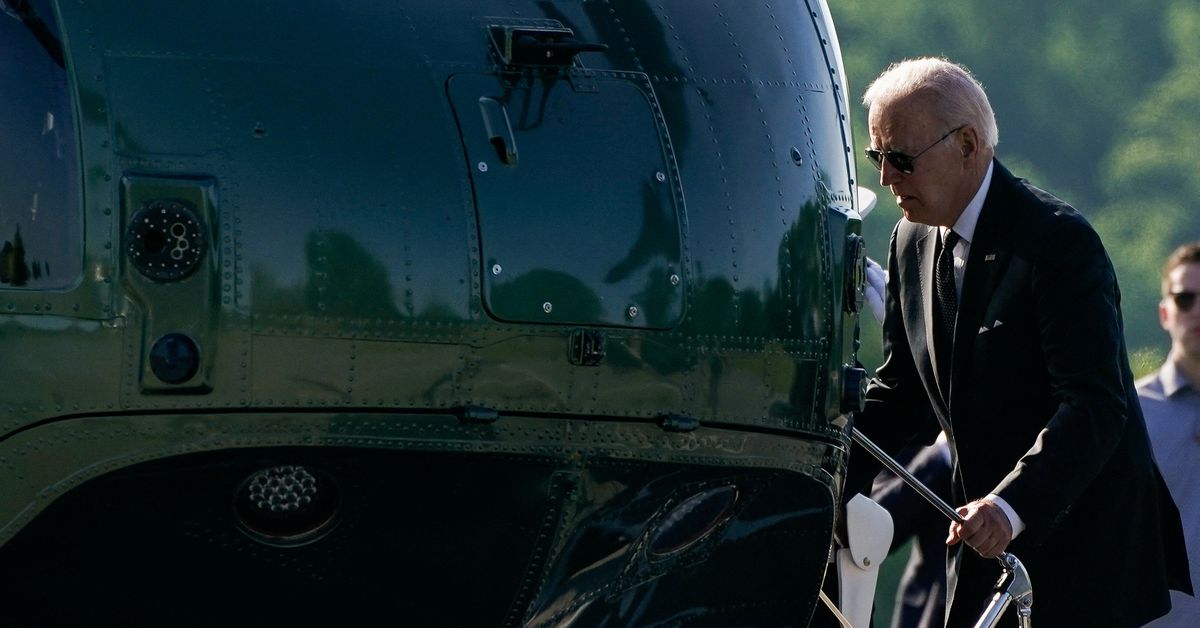 The United States will not send Ukraine rocket systems that can reach into Russia, President Joe Biden said on Monday, as Ukraine pushes for longer-range weapons system to help in its fight.

Ukraine has started receiving Harpoon anti-ship missiles from Denmark and self-propelled howitzers from the United States, Ukrainian Defence Minister Oleksiy Reznikov said on Saturday. read more
You must log in or register to reply here.

Opinion The U.S. is a lot stronger than Russia. We should act like it.