Among four proposals Mercy Iowa City entertained last year in its search for a partner was one from University of Iowa Health Care, offering over $605 million to take ownership of the community hospital and make it the “centerpiece” of a new UIHC “community division.”


The landmark deal, if it had materialized, would have ended a 137-year — at times contentious — separation dating to 1885, when UIHC’s founding medical department split from the Sister of Mercy Catholic order due to “different priorities.” And it would have struck at the heart of recent concerns aired by community hospitals in Eastern Iowa — including Mercy Iowa City — that UIHC increasingly aims to veer out of its advanced-care lane and compete with them for primary and secondary-care patients.


“When a state funded academic and medical institution crosses the line into providing the same primary and secondary care services which are provided by community hospitals, it threatens the continued existence of other providers; it reduces patient choice and access to care; and it creates an atmosphere or an environment of distrust among possible collaborators,” Sister Helen Marie Burns, a Mercy Iowa City board member, told the State Health Facilities Council last August during a hearing to consider a UIHC proposal to build a new hospital in North Liberty.

Suresh Gunasekaran, then the chief executive officer of UI Hospitals and Clinics, at the state hearing rejected the idea his hospital’s expansion would threaten community health care.


“There are numerous possible ways that we can collaborate with all community hospitals, it won’t change the need for North Liberty,” Gunasekaran said. “Because North Liberty is really going to be focused on tertiary and quaternary care.”


The council eventually approved that project — which UIHC initially disclosed as a $230 million, 300,000-square-foot facility at the corner of Forevergreen Road and Highway 965 and later revealed was a 469,000-square-foot multi-building project, now costing more than $525 million due to inflation.


But just about three weeks before that hearing, on Aug. 6, 2021, UIHC submitted a proposal to take over Mercy Iowa City and initiate a new division focused on community care.


“We believe that UI Health Care is the ideal partner for Mercy Iowa City,” according to the university’s proposal, which was obtained by The Gazette. “Our goal is to combine the resources of UI Health Care’s comprehensive, integrated delivery network with the unique local strengths of Mercy Iowa City to expand the scope of care and improve access.”


UIHC said it planned to launch a community hospital division — separate from its academic divisions — centered on Mercy Iowa City, which would remain a hub for primary and secondary care in the region with its own local governance and board.

“Unlike others, we see Mercy Iowa City not as simply another asset in our portfolio but as the centerpiece of a new community division,” according to the proposal.


The deal never materialized, according to an email Mercy officials sent employees just over a week ago, reporting they received and vetted several offers in response to the July 2021 request for proposals but failed to identify a good long-term fit and would remain an affiliate of MercyOne.


Last year, both Mercy Iowa City and MercyOne said they wanted out of that partnership. The Des Moines-based MercyOne, to which Mercy Iowa City pays an annual $2 million management fee, cited the hospital’s “historical operating challenges, the impact of the pandemic, and the changing health care dynamics” in its decision at that time to cut ties.


Documents obtained by The Gazette show that in addition to UIHC, Mercy Medical Center in Cedar Rapids, UnityPoint Health and Marshfield Clinic Health System of Wisconsin offered to take over Mercy Iowa City.


“The board, Mercy Iowa City, and MercyOne leaders are legally bound by nondisclosure agreements with all those who were potential partners, therefore, we cannot legally confirm, deny, or share any information about proposals or names,” Mercy Iowa City spokeswoman Lisa Steigleder said. “It is important for you to know that the Mercy Iowa City Board reviewed the proposals, narrowed down the potential partners and ultimately did not find a partner who was a good long-term fit.”


“We viewed ourselves as a potential partner in finding a solution to the current challenges that Mercy Iowa City is facing,” he said. “Of course, arriving at a structure for a relationship can be challenging. That said, I can confirm that we are in conversations, but can’t discuss specific details.”


Mercy Cedar Rapid’s motivation, in part, was the importance of preserving community health care in and around Johnson County.


“We believe that there is a constituency within those communities that has long valued the ease of access, quality of care and intimate experience that Mercy Iowa City is able to provide,” Charles said. “However, over time, we have also watched the efforts of UIHC to diminish Mercy Iowa City’s capacity and ability to continue its essential mission.”


In its proposition, UnityPoint Health said Mercy Iowa City offers “the opportunity to grow the population we serve through expansion of our footprint into the Iowa City and southeastern Iowa markets.”


“The Iowa City area represents one of the most favorable geographies in the state in terms of growth and population demographics,” according to the UnityPoint proposal offering to bring Mercy Iowa City into its Cedar Rapids region, making it similar to St. Luke’s Hospital.


As to why that deal didn’t go through, UnityPoint Health officials told The Gazette its doesn’t comment on “ explorations” and only talks about them publicly “when we have news to share.”


None of the proposals came close to UIHC’s $605 million offer. 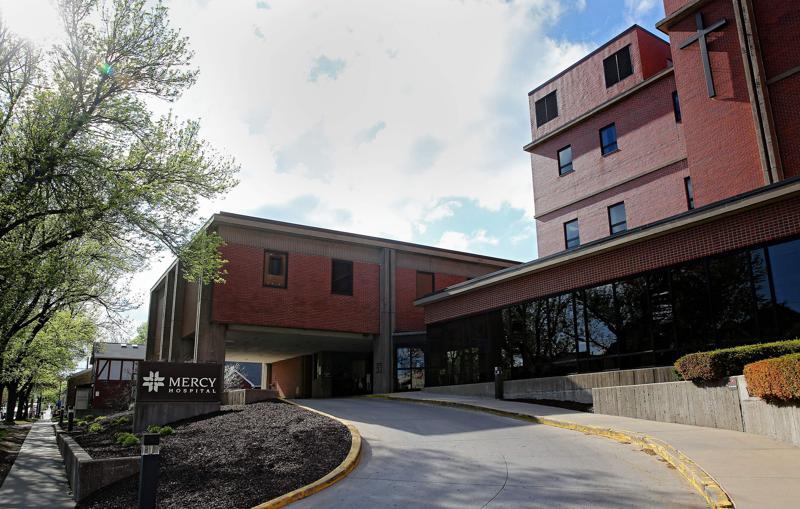 Among four proposals Mercy Iowa City entertained last year in its search for a new partner was one from University of Iowa Health Care offering more than $605 million to take ownership of the community hospital and make it the “centerpiece” of a new UIHC “community division.”

UIHC trying to become more of a monopoly by the day.
Reactions: UKGrad93

There are not enough suppliers in my area to deliver the product. At the same time, I would like to know for sure that I can get a quality product and not some fake product.

Interesting. Lots of rumors about Mercy CR folding into UI system that have been floating around for some time.
You must log in or register to reply here.