I repeat, this mentality is how you get Trump as president of the USA.
Click to expand...

Cause people can't read like you? Is that how we get trump? Actually it was. Uneducated people spouting off and backing bigoted ideas.

Want me to repeat it so you can learn the mentality that discrimination against protected classes isn't cool and bigots is how we got trump?

Whiskeydeltadeltatango said:
I'm just reading about him now, midland was a dump when I was in the GPAC.

Dude took a dying university, rebranded it, changed the way they did learning to be more hands on, actually implemented a policy that said if you meet this requirements you WILL graduate in 4 years or your remaining time is free,then had the highest enrollment on record. You could say they took a chance on a Longshot but that kills any "not qualified" stance in my book.
Click to expand...

yes running a small private school in Nebraska that nobody has ever heard of is the exact same thing as a major state school.

It's like saying someone who ran a successful home repair business is ready to run Microsoft.

(and let's talk about midland for a minute. You mentioned those things but didn't mention the enrollment increase was identical to how many student enrolled when the college next door closed. Or the fact that under Sasse the accrediting agency put the college on basically probation for some sketchy financial stuff and Sasse ran away before it was resolved)

You know how I know you don't know what you are talking about?

Aardvark86 said:
So you're telling me that they're an open minded bunch?

A lot of faculty were uneasy about Mitch Daniels once upon a time.
Click to expand...

Mitch Daniels took over a different situation at Purdue. Indiana universities were facing declining applications, and Daniels’s political capital was invaluable in getting the tuition freeze that turned things around.

UF is trying to become a top five public research university. Their last hire went a long way towards furthering that goal. This feels like a step back to the good ol’ boy system that’s haunted Florida schools forever. Worse, Sasse isn’t even a Florida politician. He may not even have the lobbying pull a Thrasher did.
Reactions: TC Nole OX and cigaretteman
A

mnole03 said:
Mitch Daniels took over a different situation at Purdue. Indiana universities were facing declining applications, and Daniels’s political capital was invaluable in getting the tuition freeze that turned things around.

UF is trying to become a top five public research university. Their last hire went a long way towards furthering that goal. This feels like a step back to the good ol’ boy system that’s haunted Florida schools forever. Worse, Sasse isn’t even a Florida politician. He may not even have the lobbying pull a Thrasher did.
Click to expand...

all true, but they still had crown jewels, and the faculty were not exactly enamored of having an R politician take the reins when he came on board. And make no mistake - he upset some apple carts, but most faculty eventually realized he was sincere in his desire to bring efficiency to the university.

as to research, having a former senator, with relationships with the current two senators, as your president doesn't exactly hurt.

Conspiracy theory: Ron Desantis/Trump is pulling the strings to hire Sasse so they can get him out of the Senate. They know he won't go along with the election stealing the Republicans plan to do. So they get UF to hire him, he gets replaced with a stooge that will go along with whatever Republicans are planning. I've done zero research to back up this theory.
Reactions: funksouljon

University of Florida faculty Thursday approved a no-confidence vote on the process that selected U.S. Sen. Ben Sasse to serve as the university’s next president.
The vote by the UF Faculty Senate was aimed at the process, though multiple members acknowledged it would be perceived as a rebuke of Sasse, the Republican senator whose selection last month as the sole finalist to lead the university jolted Nebraska’s political universe and spurred outrage among some in Florida.
During his first visit to campus, Sasse faced a large student protest mainly focused on his stance on same-sex marriage and other LGBTQ+ issues. The protests prompted current University of Florida President Kent Fuchs to announce that he was enforcing a 20-year-old regulation banning protests inside campus buildings.

Thursday’s resolution focused criticism on the selection process that university officials followed, claiming it “undermined the trust and confidence” of the Faculty Senate. The resolution also appeared to question Sasse’s qualifications for the role.

“The next President should come already equipped to lead an institution of this caliber rather than aiming to learn on the job,” the resolution read.

Before he was elected to the U.S. Senate, Sasse led Midland University in Fremont, a school with roughly 1,600 students. UF’s student population stands at nearly 60,000 students.
The author of the resolution said Thursday that a no-confidence vote may or may not influence the outcome of Sasse’s candidacy. However, the main intent was to set a precedent for future presidential selection processes.

The final resolution was passed overwhelmingly after multiple minor amendments were made, but several faculty members expressed concern over its messaging.

One faculty member said the resolution was “a complaint without a clear solution,” and another said it would lead to a “disastrous relationship” between Sasse and the faculty.
Sasse faces a vote by the university’s Board of Trustees and then must be confirmed by the state’s Board of Governors before he is officially named president. 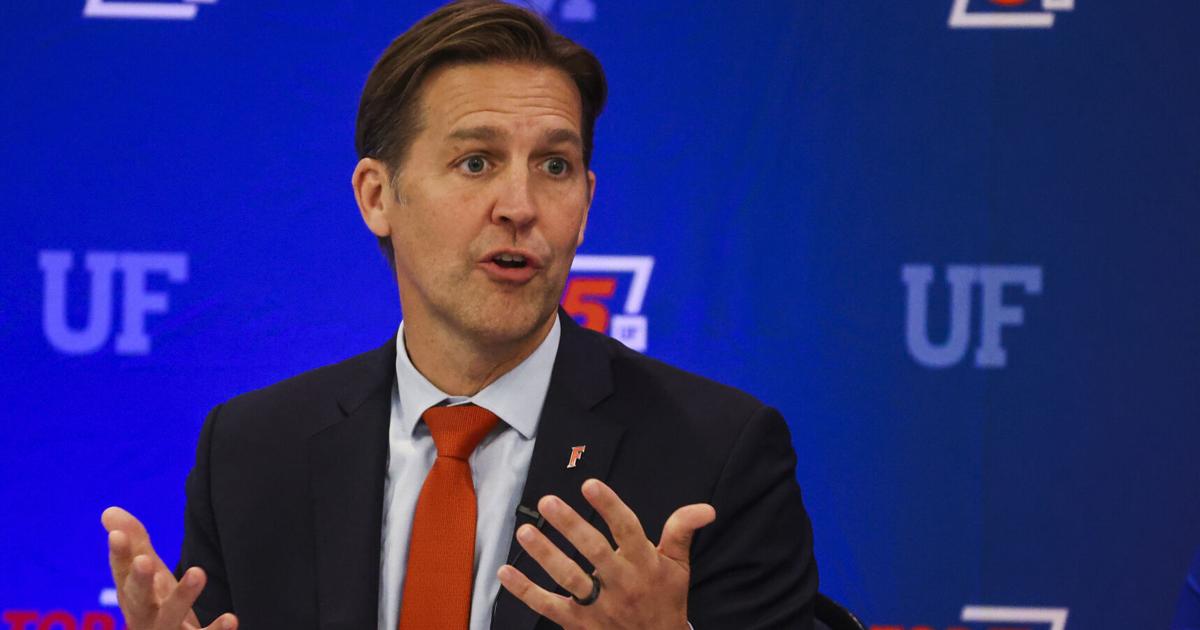 University of Florida faculty Thursday approved a no-confidence vote on the process that selected U.S Sen. Ben Sasse to serve as the university's next president.

Makes me think Sasse isn’t a bad pick for Hogtown U if old Sabs is against it.

Reactions: BelemNole
You must log in or register to reply here.