The state is accusing jurors of leveling “excessive” damages and being “influenced by passion or prejudice” in awarding $12.8 million last month to a Cedar Rapids contractor who helped build the 14-story Stead Family Children’s Hospital.


The Iowa Attorney General Office — representing the University of Iowa and the state Board of Regents — in court documents gives three reasons a Johnson County District Court judge should grant a new trial and a second chance to defend against allegations from contractor Modern Piping:

The state, in its motion for a new trial, offered an alternative remedy for what it characterized as an unjust award — either vacating the award altogether or reducing it to $2.5 million. If the court orders the latter, Modern Piping must choose between “consenting to a reduced … judgment amount or proceeding to a new trial’,” according to the state’s motion.

Following years of legal drama between the UI and Modern Piping over work on its more than $400 million Children’s Hospital project — including court awards, appeals, appellate court rulings and counterclaims — a jury Oct. 27 awarded $12.8 million to Modern Piping.


The contractor then asked a court to order the state to pay another $16 million related to issues about posting a bond at the start of the disagreement in 2016. And last week, it asked a judge to also tack on $3.1 million for “prejudgment interest,” bringing the jury award to $15.9 million.


“Prejudgment interest is awarded not as a penalty, but ‘to prevent persons obligated to pay money to another from profiting through delays in the litigation,’” Modern Piping argued after the state indicated it was planning to delay payment by seeking a new trial.


If the contractor succeeds at landing the additional payouts, the Children’s Hospital price tag could swell to nearly $440 million. The hospital originally was budgeted to cost $270.8 million.


That would including an extra $10 to $15 million the university has budgeted to address faulty windows it’s planning to replace just five years after opening in 2017. The UI is suing two contractors responsible for the damaged and delaminating windows.


One argument the state made in assigning passion or prejudice to jurors was the award itself — tied to financial gain the university realized in opening the massive hospital when it did, thanks to work from Modern Piping and other contractors.


“The damages awarded by the jury are clearly and flagrantly excessive, giving rise to a presumption that they were the product of passion or prejudice,” according to the state’s motion. “The jury’s award of damages in an amount five times the amount advised by plaintiff’s own expert witness certainly shocks the conscience.”


The state, attorneys argued, “cannot be held liable for punitive damages.” And it blamed the court for admitting “tangentially relevant evidence regarding conflicts between UI and its agents on matters which have already been adjudicated.”


Looking at specific evidence supporting the $12.8 million award, the state argued even if it did gain that much from early occupancy of its hospital, Modern Piping wasn’t the only contractor still completing work.


“That benefit was not bestowed entirely by Modern Piping and under these facts no rational juror — absent passion or prejudice against UI — could equitably award the full $12.8 million to Modern Piping.”


Addressing its concerns over jury instructions, the state — among other things — took issue with the court’s allowance of instructions on restitution.


On top of its request for a new trial, the state asked the court to simply override the jury and issue its own judgment “notwithstanding the verdict.”


The state pointed to evidence presented at trial showing the UI earned more than $12 million in profit from its “partial early occupancy of the University of Iowa Children’s Hospital.” The UI called that evidence and specific dates it referenced “unreliable.” And it pointed to other awards already granted Modern Piping.


“The uncontested evidence presented at trial demonstrates that Modern Piping was paid over $16 million in compensation for UI’s alleged breaches of the contract … and that it suffered no real cost with relation to higher bonding or insurance,” according to the state. “Modern Piping’s alleged damages in this case are academic and theoretical — it has already been paid a substantial amount for breach of contract provisions as well as pre- and post- judgment interest for delay.” 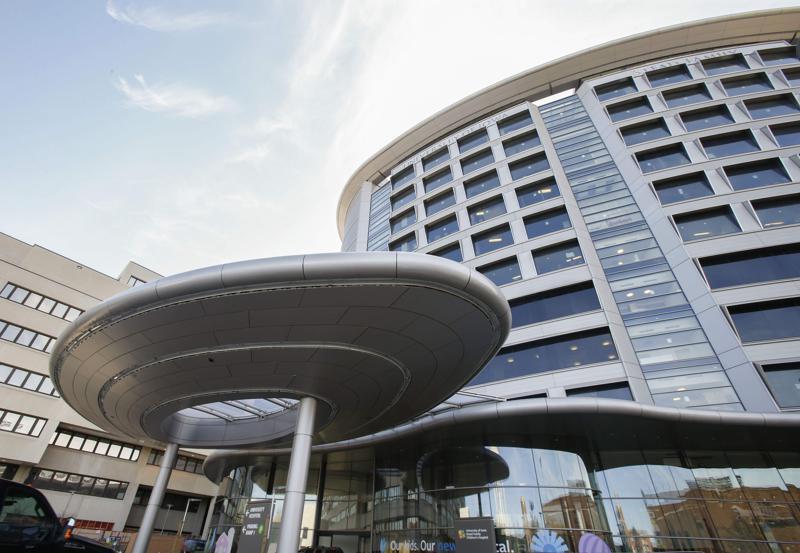 Spelling out its contention with a $12.8 million jury verdict awarded to a contractor on its Stead Family Children’s Hospital, the state – on behalf of the University of Iowa and Board of Regents – is accusing jurors of leveling “excessive” damages and of being “influenced by passion or prejudice.”