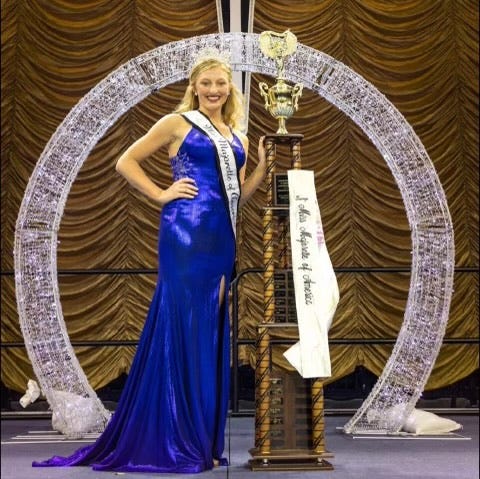 When the Hawkeye Marching Band takes the field for the first football game in Kinnick Stadium Sept. 3, it will be accompanied by the Teenage Miss Majorette of America.
In July, the University of Iowa's "Golden Girl" Ella McDaniel won the title.
For McDaniel, it was a decade-long dream finally being fulfilled.
"This (title) is the main one and the one I've wanted to win since I was 7 years old," McDaniel said. "I've always looked up to Miss Majorette of America. I used to ask for her autograph at competitions."
McDaniel assumed she would have to continue to compete for years in order to win the Miss Majorette of America title and was just hoping to finish in the top three this year.


As they called out who ranked third and second, it began to sink in that McDaniel had won the national championship she practiced 15 years to achieve.
"At that point, I was like, it has to be me. It was just crazy and I literally started crying because I did not expect it at all," McDaniel said.

McDaniel is used to the competition stage. The New Hampshire native has been twirling since she was 5, and, at age 11, began traveling the world for baton competitions. She won the preteen Miss Majorette of America title when she was 12 and the junior division at 15.

The whirlwind lifestyle of Miss Majorette of America began immediately for McDaniel, attending award shows and competitions the day after winning. Later in the week, McDaniel flew to the Netherlands, where she competed in the IBTF World Baton Twirling & Majorette Championships. There, she received one silver and three bronze medals. 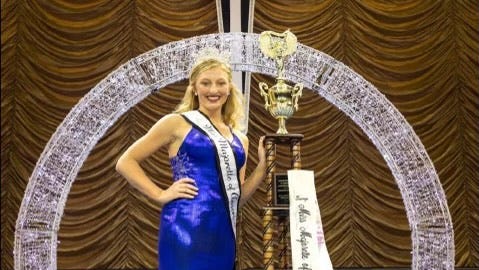 And her prize? Fighting the nazis.

Congratulations are in order!

... and an HROT staff reporter should meet her plane at the airport to conduct an interview!

She should be considered the subject of a feature interview.
Reactions: cigaretteman
You must log in or register to reply here.

A party of faux patriots

Auburn fires Bryan Harsin in the middle of his second season